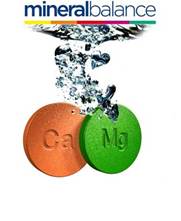 The correlation between Calcium and Magnesium, these two vital minerals, is so important that I wanted you to understand the serious significance of an imbalance between the two.  In these modern times and with our modern diet, the imbalance is invariably too much Ca and too little Mg.

It’s not your fault!

It’s not your fault that there is up to 10 times more Ca than Mg in our diet today.  There is no doubt that Mg deficiency is an epidemic in these modern times. The medical fraternity seem to be oblivious to this important information, leading to the majority of us being deficient in this life giving mineral.  This in turn is accentuating the incidence of serious illnesses which come about from a long term Mg deficiency.  Diseases can then be mis-diagnosed and treated with drugs when a Mg supplement at the onset of the condition, is often all that’s necessary.

By the way, if you have reason to believe you are carrying a burden of calcifications in your body, or you are of the older generation, there has been much research done now on the little known vitamin K2, specifically menaquinone 7.  Take a look at this article to get the lowdown on this exciting natural treatment for calcification.  Hubby and I both take this vitamin, along with Mg Chloride (which we make up ourselves) along with a high quality krill oil.

Well, who would you blame if your food was deficient in Mg and had an excess of Ca?  Could it be agricultural practices which strip our soils of our nutrients by using vast amounts of chemicals like ‘Roundup’, with vital Mg being one of those affected the most. 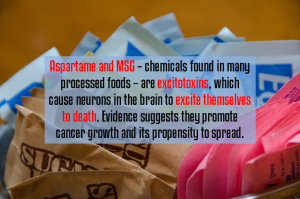 Perhaps it’s the fault of the food manufacturers who indiscriminately add various compounds to our foods and at the same time process it into oblivion, depleting it of all nourishment.  Then because it’s tasteless, they add disguised flavour enhancers such as MSG (monosodium glutamate) and sweeteners like aspartame both of which contain excitotoxins, which cause cell death.

What about Big Pharma?

Now here’s a prime candidate, the pharmaceutical industry, who seem to be hell bent on getting us all dependant on various drugs, potions and procedures so they can keep us as customers. They certainly wouldn’t want us to know about something natural that could improve our health!

And then there’s the medical industry 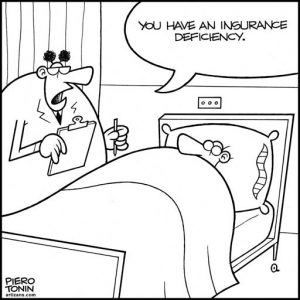 Yes, I call it an industry because that’s what it is.  Give me an old fashioned doctor any day.  You know, the one with the bedside manner who really seemed to care and would sit and listen to you.  Now it’s 10 minutes and you’re out the door, with a prescription in your hand!  How many times has your doctor advised you to take a natural supplement rather than a drug?

They’re all to blame!

In my mind, they are all to blame, but I think the leading culprit is big pharma.  These companies are so huge that they have clout over the media, the medical fraternity and other important areas of our society.  Do you really think they want us to be healthy and drug free.  I think not!  They need our custom for their future development and profits.  Producing a medication that can cure something like cancer or heart disease would not be good business practice.  What is good business practice is to keep your customers by controlling their diseases not curing them.  If their drugs produce side effects and other conditions, well never mind if there isn’t a drug for it, they will produce one!

A prime example is one of my relatives…

One of my relatives is on 11 different medications, 9 of which are for his blood pressure.  He is on every BP medication known to man.  Suffice to say, his BP has never improved but got steadily worse. He has other serious problems which I blame on his excessive prescription drug intake and lack of vitamin and mineral nutrients which have been massively depleted by his continual consumption of these drugs.  His Mg must be as low as it can go without dying.  Has he ever been advised about a Mg deficiency?  Never!  I don’t suppose his doctor even knows the consequences of a serious Mg deficiency and if he did, he would probably prescribe yet another medication for it!!  Most patients trust their medics to know what’s best for them but allopathic doctors are continually pressurized to prescribe drugs and will ignore natural remedies.

Few doctors know the serious side effects of hypertension drugs.  Diuretics, for example, flush Mg and other nutrients, out of the body. The resulting Mg deficiency will also affect potassium levels. When you are Mg deficient your body is unable to replenish potassium properly.  If a patient is hospitalized and their potassium levels are low then replenishing it will be hampered unless the Mg deficiency is also addressed. Unfortunately this fact is little known by most medics and the patient is thus inadequately treated.

Have you noticed how often you are told that a food has plenty of Ca in it, for strong  bones and healthy teeth?  All the adverts on the TV stress how much Ca is in their food products, especially childrens’ foods like, milk, yoghurts, cheeses; snacks to take for school lunches.  Our children are the patients of the future!

The elderly are advised to take Ca supplements to avoid bone fractures, especially broken hips.  Without Mg this is positively the wrong thing to do.  Have you ever noticed this same attention being given to Mg? I doubt it, not unless you have consulted a naturopathic doctor, which by the way is your best bet, especially one who is also an allopathic MD.

With Mg depletion, Ca can migrate to parts of your body where it doesn’t belong.  It can cause spasms in your muscles and that includes your heart muscle, it will make plaque sticky and harden your arteries, it will go to your kidneys and cause kidney stones.  Other symptoms are fibromyalgia, tooth decay, breast tissue calcification, heart arrhythmias, angina, mitral valve problems, migraines and headaches, Ca deposits in the bladder, causing rigidity and lowering of bladder capacity, digestive problems including constipation.  But one of the most common symptoms of a Mg deficiency is high blood pressure.  The first time your BP starts to rise, a simple good quality Mg supplement such as ReMag or Ionic Magnesium, will keep BP at optimum levels for your body.  Taking a hypertensive drug at the first onset of prehypertension is best delayed until you have tried a natural solution. Otherwise you may be on the first step to taking these drugs for the rest of your life, along with their side effects.

But wait folks…it’s all changed!

The correct balance to aim for

The correct balance of magnesium in relation to calcium can help prevent the above problems.  Because of our modern day diet, it is almost impossible to achieve the 1 to 1 ratio that is necessary to keep Mg and Ca in balance and working together.

Yes, Ca is essential for good health and strong bones but it won’t do the job without its 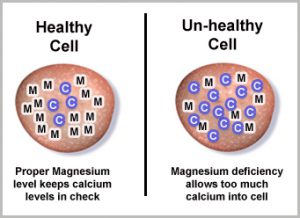 partner mineral Mg, there to keep Ca dissolved in the blood and controlling the amount of Ca allowed into the cells.  Controlling Ca is just one of Mg’s multitude of tasks in the body.  It is now known that between 700 – 800 enzymes need Mg for activation.   Did you know that Mg is necessary to activate vitamin D?

Erroneous RDAs for Mg and Ca

This is one of the problems.  Here we have two RDA tables (recommended daily allowance) for Ca and Mg.  This information is sought and trusted by the public.  What they get given is erroneous information that can actually make them sick.  These tables are from the National Institutes of Health.  The RDA for Calcium is recommended as being nearly 4 times that of Magnesium for 51 year old females and over, despite numerous studies which show the dangers of a higher Ca to Mg intake.

Ca needs to be de-throned

Our attention has been focussed on the ‘VIP’ of minerals, Ca.  We have been lulled into a false sense of security by taking a good amount of this ‘megastar’ of all supplements.  This has been exacerbated by the misleading advertisments from food moguls and the medical profession alike.

Doctors are not educated in nutrition

You can’t really blame the medics because vitamins and minerals are rarely on the curriculum of medicinal studies.  Doctors are taught about diseases, illness and the sick body, not wellness.  Their studies are somewhat controlled by the drug companies who want to control your illness, not cure it.  A drug would not be worth the expense if it was 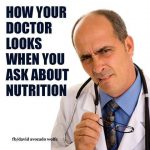 only used a few times and then was unnecessary because it cured the patient.  Don’t forget, big pharma is just another large consortium of several companies.  They are just a business and profits are the name of the game, even if it’s at the expense of the best way to treat your illness.

Once qualified, doctors in the UK are required to continue their education to keep up to date.  This is called ‘continual professional development’ (CPD).  The NHS does not help with this requirement but nevertheless, doctors are obliged to educate themselves on all new medical innovations and practices.  They must accrue a certain amount of ‘credits’ each year to satisfy the medical fraternity.

Big pharma steps in to help?

As there is no budget or funding for this requirement, big pharma have stepped in to fill the breach, which lends itself to them crossing the line into promoting their drugs.  There is an unease as to where education stops and promotion begins.  One thing they will not promote is vitamins and minerals, there’s no money in something that is natural but it doesn’t mean to say it’s not the best way to lead a healthy life.

Remember, Mg is natural, it’s not a drug!

Mg is a completely natural and harmless vital element.  It has no side effects, except a laxative effect if taken to excess but that’s its failsafe.  It has grown with us as we have evolved throughout millennia.  In the early 1900s it is estimated we were averaging around 500mg of Mg per day, but now, it is less than half that.  How many people over the years have suffered unnecessary serious illnesses such as atherosclerosis, heart disease, strokes, arrhythmias, angina, kidney stones, depression, diabetes etc., because of a lack of this simple but vital mineral.

Do yourself a big favour, start taking a Mg supplement today.  Eat plenty of the foods that are as Mg rich as our growing methods allow. Start changing your life for the better and secure your future health and the future health of your family. 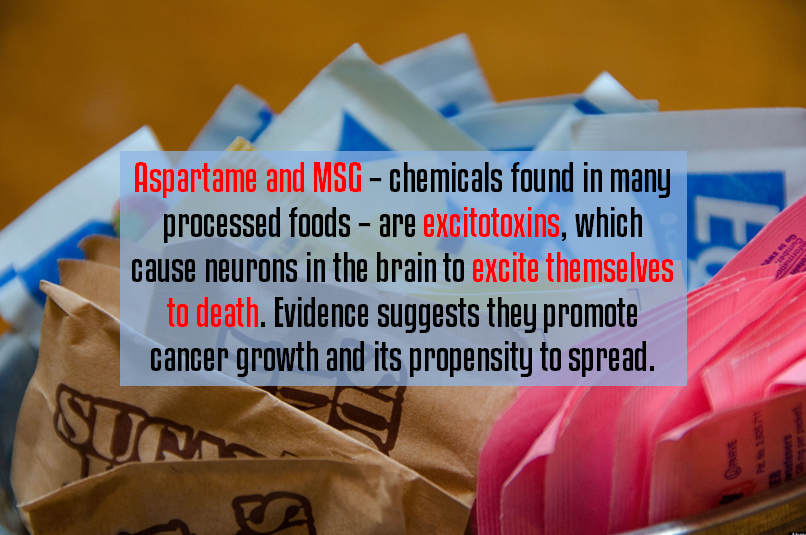 Article Name
Calcium and Magnesium
Description
The correlation between Calcium and Magnesium, these two vital minerals, is so important that I wanted you to understand the serious significance of an imbalance between the two.
Author
Ches Power
Publisher Name
https://magnesiumandhealth.com
Publisher Logo

4 thoughts on “Calcium and Magnesium”