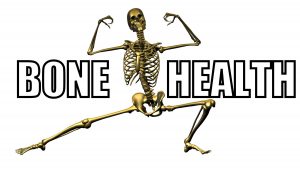 What do you know about Calcium (Ca)?  You know that it’s good for bones and teeth and keeps them healthy and strong, right?  But did you know that Ca, without it’s sister mineral Magnesium (Mg), is positively dangerous!

An excess of Ca has a detrimental effect on your body because it inhibits the action of Mg.  It is much more common for Mg to be depleted than Ca.  In fact according to the World Health Organisation (WHO) up to 80% of the population is Mg deficient and if you are Mg deficient your Ca levels will be too high.

The easiest way to become Mg deficient is to consume too much Ca which will give you a Mg deficiency by default.  Ca intake from food is by far the more healthy way of keeping Ca levels at an optimum.  Unfortunately, it is estimated that a large percentage of the population take Ca supplements too.  We have been misinformed about the benefits of Ca, or perhaps I should say, we haven’t been given the whole story when it comes to how to maintain strong, healthy bones and teeth along with a strong and healthy body overall. 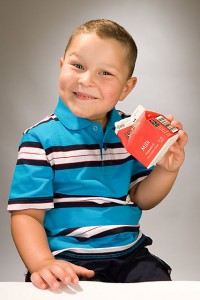 Dairy products, especially milk are promoted everywhere.  We are encouraged to drink plenty of milk and eat Ca rich foods.  Many food producers’ adverts, particularly relating to children, expound the virtues of the large quantity of Ca in their products which they say will aid healthy bone growth in children.  Also milk and dairy products are indorsed for reducing the likelihood of succumbing to osteoporosis and suffering fractures.  Protection against arthritis and other bone disorders are also proffered.

Why are we being continually given this duff information.  Why is the medical profession ignoring the other most important mineral for your bones, Mg.  Without it your bones will be chalky and more liable to fracture.  If you took all the Mg out of your bones, you will not be able to sustain the weight of your body, you would fall to the ground, shattering your bones, just like dropping a piece of chalk on the floor.

A study published in the British Medical Journal (BMJ) has advised that high intakes of milk is linked to a higher risk of fractures along with higher death rates in both men and women. 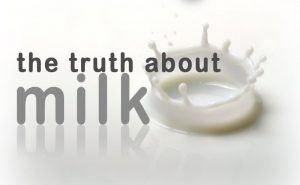 Observational research from Sweden led by Prof. Karl Michaëlsson actually refutes the claims that milk has such health benefits and further states that consumption of 3 or more glasses of milk per day could actually be doing us more harm than good and shortening our lives. This study found after tracking two groups:

It was concluded that more consumption of milk did not protect from fractures but it could be linked with a higher rate of death.

What the USDA recommend 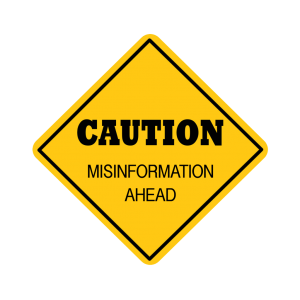 As a matter of interest, the USDA (United States Department of Agriculture),  proposes that 3 cups of dairy per day is necessary to support good health and improve bone mass.  As well as this, drinking 3 to 4 glasses of milk per day is supposed to save more than 20% of health care costs in relation to osteoporosis.  This is what I call misinformation and leading the public astray to the detriment of their health.

A study in 2013 concluded that Mg absorption was the key to predicting the bone health of a child, not Ca.  Parents seem to worry that their children are not getting enough Ca and tend to compensate by giving them copious amounts of Ca rich foods.

It’s not the parent’s fault

This misinformation is not the parent’s fault.  It has come about from such recommendations as laid down by governmental bodies such as the USDA.  The food industry will also push certain foods that they produce.  It’s called advertising and unfortunately it often has little to do with the truth but more to do with profits.

This study also found that the intake of dietary Ca was not particularly associated with  total bone density or mineral content.  What was more vital was the amount of Mg in the child’s body so that Mg can combine with Ca to produce a healthy bone matrix.  Mg actually regulates the Ca in a child’s body and secures Ca’s transfer to the bones.

Check out the images

For the rest of this post, I will show images of xrays of those suffering from excess Ca that has been laid down in their soft tissue instead of going into their bones.  It shows that Ca can go absolutely anywhere but, of course, some places Ca settles are more serious than others!

If Ca and Mg are not properly balanced then Ca will end up migrating to parts of the body where it doesn’t belong.  Slowly but surely, dangerous deposits of Ca can end up anywhere including the kidneys, the brain, the arteries, the cartilage and the heart, laying the foundation for an unhealthy future life for that child.

There are many conditions and illnesses that abound in our children today.  Despite so many of them being related to a Mg deficiency, it seems the last thing a parent will be prescribed for their child is a Mg supplement.

Mg supplementation can help these conditions

These conditions can be alleviated and even cured with a regular daily intake of a good quality Mg supplement along with foods that have the most Mg in them.  I will not use the word ‘rich’ in Mg because there are not many foods in this modern day that are actually ‘rich’ in many nutrients.  You can blame that on our agricultural and food production methods.  Some child related conditions that could be controlled or cured with Mg are:

1 child in 10 has a mental illness

According to Dr Sharna Olfman, Prof of clinical and developmental phychology, psychiatric conditions have increased dramatically in the US since the 1990s until she published her book in 2008 called ‘No Child Left Different’.  The NIMH (National Institute of Mental Health) estimates that 1 child in 10 suffers from a mental illness which results in functional impairment.  The first line treatment is nearly always drugs with more than 10 million youngsters on antidepressants and 5 million on stimulants like Ritalin.

If youngsters of today were just taken off all these drugs, restricted in their sugar intake and treated with natural nutrients such as Mg, we would have a nation of healthier children in body and mind.  We are not doing our children any favours by treating them with drugs.  They are relying on us as parents and guardians to help them grow healthy and strong but we are failing miserably.  What are we doing, for heaven sake!!

Nobody cares more than you

Nobody cares about you or your family more than you do.  Question everything, do your own research and make your own decisions about your health and the health of your family.  Start now by looking into all the drugs that you or your family are taking and that includes flu shots and vaccines.  Check for toxins such as mercury and aluminium in vaccines.  Make sure the food you are eating is made by you and/or is from natural and non intensive farming sources.  Don’t eat junk, don’t drink aspartame laced drinks, don’t consume antacids like ‘tums’.

Above all, make sure your Ca and Mg levels are balanced.  A 1 : 1 ratio is ideal but hard to achieve because Ca is more  abundant in foods and is often fortified by the food industry, whereas Mg is not.  The best Mg supplement to take and most bioavailable to the body is Mg Chloride which you can make up yourself.

I have always wondered why it is that we as humans drink milk throughout our lives and the milk we do drink after weaning is from other animals.  All other mammals only drink milk until they’re weaned.  Do you know of any other animal that drinks milk after weaning.  If you do let me know. 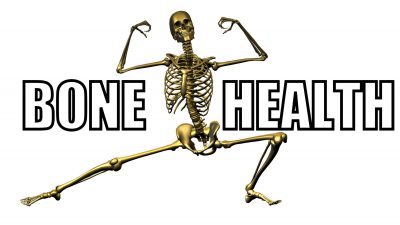 Article Name
Calcium and Bones - you have been misinformed!
Description
What do you know about Calcium?  You know that it's good for bones and teeth and keeps them healthy and strong, right? Not exactly!
Author
Ches Power
Publisher Name
https://magnesiumandhealth.com
Publisher Logo

4 thoughts on “Calcium and Bones – you have been misinformed!”