Look at the history 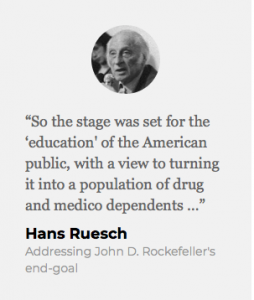 We live in a sick, sad world, where many are suffering needlessly of illnesses and conditions that can be cured. In the early 20th century, there were a plethera of medical practioners, all using different types of medical treatments. These treatments would complement each other.  So as well as pharmaceuticals, there was homeopathy, naturopathy, chiropractics, herbalists, essential oils and many others all doing their bit to improve our health and all working together for the common good. Then came along….

So there were many ways to legally practice medicine until the giants Carnegie and Rockefeller got involved. Their collusion was for the sake of profits, not for the sake of the public health. They saw the public as cash cows and that’s how the pharmaceutical industry has seen us ever since.  So their plan began.

How did it all happen?

Rockefeller and Carnegie initiated a plan to standardise all medication to fit in with their policies and make sure all medicine would go through their channels. In 1910 Abraham Flexner published the Medical Education in the United States and Canada, known as the Flexner Report and this cast the die for the future and tradegy of medicine today.

How it used to be

At the turn of the 20th century, medical schools taught a number of different medical practices including homeopathy, naturopathy, chiropractics, eclectic herbal types. So there was not one way of practicing medicine, until Carnegie and Rockefeller came on the scene.

Then came the Flexner report

The Flexner report of 1910 stated that medicine would be based on the Carnegie and Rockefeller way of patented chemically based medicines and treatments. They unilaterally mandated that their way was the only scientific and sound way to practice medicine.  This was how all medical doctors were to be educated and conduct their medical practices from now on. Consequently, Abraham Flexner was hired to appraise all colleges before financial support was offered. He used the John Hopkins University as his exemplar. Abraham Flexner said in 1910. “The curse of medical education is the excessive number of schools”

As women were not included in these plans, midwifery suffered greatly. Thus, the Flexner Report was the beginning of the end for midwifery in the USA and Canada and stimied female medical education to boot. After 1910, one by one the states in the USA and the provinces in Canada made midwifery unlawful. 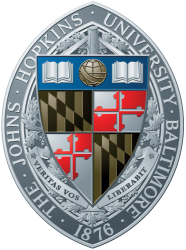 Rockefeller & Carnegie began to shower hundreds of millions of dollars into those universities, colleges and schools, teaching pharmaceutical drug intensive medicine. This way of teaching doctors and other medical practitioners became the recognised way. Consequently, medicine has been a monopoly since Carnegie and Rockefeller intervened in the early 20th century.

Those colleges and schools that had this massive funding had the proviso of allowing employees of Carnegie and/or Rockefeller to sit on their board of directors.  This was to ensure that the funding was being used for the proper purposes. In other words, for the purpose of propogating allopathic education as apposed to any other type of medical teachings.

Thus the curriculum of the colleges and schools were completely changed to encompass what Carnegie and Rockefeller required for their business model ie. The course material would only be drug related. There would be no education on anything natural or alluding to any other class of medicine other than pharmaceuticals.

‘Best’ doctors educated at these colleges

Typically those schools that had the most funding turned out the ‘best’ doctors, or more correctly the most recognised doctors.  These doctors would be known as the best of the best, despite the fact they were just toeing the line of their overseers Carnegie and Rockefeller. When money is coming from a source that has a vested interest, you know the outcome will be that wished by the investor or donor.

Non allopathic colleges were shut down

The AMA (American Medical Association) made it their business to start shutting down all clinics, colleges and schools dealing with non allopathic medicine. 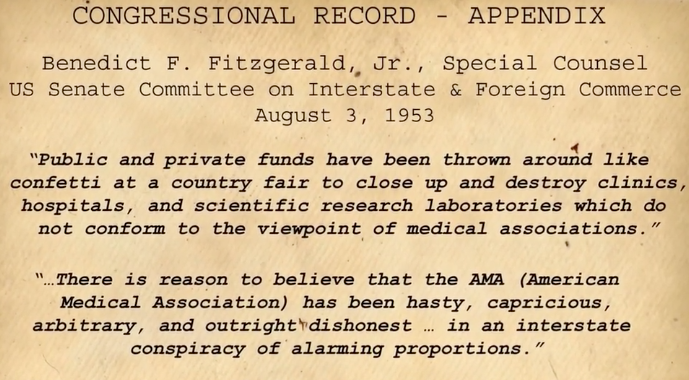 By the 1950s, all the colleges teaching homeopathy were arbitrarily closed and many destroyed. The above Congressional record even chronicles the blatent conspiracy by the American Medical Association, regarding their destruction of clinics, hospitals and scientific research laboratories that did not conform. It smacks of Nazism!

Only allopathic MDs were employed 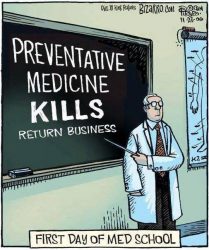 Lapdogs of the pharmaceuticals

You may now understand why our doctors today are so heavily biased towards pharmaceutical and chemical treatments but know next to nothing about nutritional medicine. The upshot of this is that the medical profession is really a lapdog of the pharmaceuticals, doing their bidding in all respects of allopathic treatments and education.

Most doctors have no idea of this history

The majority of doctors of traditional medicine today, have no idea of its history and go blindly forth with their toxic chemicals thinking they are doing their level best for their patients. If they took a step back and looked honestly into the past, how would they react. The realisation of how they had been used may be too much to take. But I suspect many of them know something’s amiss. However, they will be reticent to rock the boat for fear of reprisals.

This is why IMHO, doctors will not accept anything other than the status quo. It would be too difficult and would undermine all they had been taught and they could possibly loose their licence if they strayed from protocols. 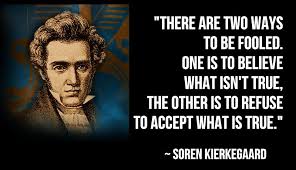 We’ve done it to ourselves. We are too complacent. We let others take control of our health and our well-being. Others who are themselves being controlled by the pharmaceutical industry. All you have to do is “FOLLOW THE MONEY” to realize what’s going on.

What would have happened if…

What would have happened if all the alternative medical practitioners, were left to do their own specialist treatments. How many alternative curative treatments would have been discovered over the last 100 years and used for the benefit of all of us.

Pharmaceutical drugs have taken us over

We have allowed this drug cartel to take over our health for over 100 years. We have sat back 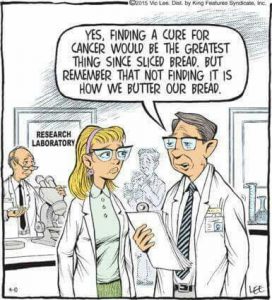 and believed everything they have told us. As a result, their drugs and treatments have been taken religiously by trusting patients. The trouble is, patients never seem to get better and more often than not, they get worse. Why is that?

Is it possible that these massive pharmaceutical companies just want to keep us as customers, rather than cure us? Surely not! But wait! What would happen if we were all cured?

There are cures for Cancer, diabetes and heart disease…

Despite all the restrictions, mandates and persecutions of proponents of alternative medicines, some have come through. There are amazing practioners out there, helping many overcome the misery of Cancer and other major diseases like diabetes and heart disease. Many are unmercifully harassed, vilified and victimised by government agents. But still they soldier on because they are the true doctors and health gurus of this world. They are the true carers of our health. 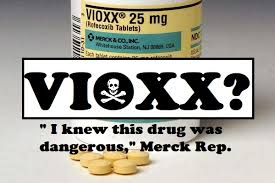 The pharmaceutical industries are just profiteers. They are in the business of profits for their shareholders. The health of their customers is of low priority and if there is collateral damage because of a bad drug, well c’est la vie! Vioxx comes to mind when an estimated 60,000 patients were killed by this noxious drug.  This is the same number of people that died in the Vietnam war!

It’s still up to you

But it is still up to you to know your own body and research your conditions so you can work with your medical professional. However, if he won’t listen to you, change your doctor! You should not be rushed, bullied or frightened into taking just one type of treatment.  A treatment that could perhaps kill you. What’s more, the medical fraternity needs to change course and start looking seriously at the amazing breakthroughs some of our alternative medical practitioners have discovered and researched.

If an alternative doctor cures his patients of cancer, his work should be recognised, encouraged and funding made available for research. Instead he will be vilified, persecuted, harassed and called a quack. All to save the pharmaceutical industry’s profits. A cure for cancer will affect their turnover drastically. In fact, if serious diseases are curable, the pharmaceuticals could go out of business. Cancer medication is a multi-billion dollar business and woe betide anyone who tries to change the status quo! According to CNBC, spending on cancer medicines totaled $107 billion worldwide in 2015 and is projected to exceed $150 billion by 2020. That’s just cancer!

You CAN beat cancer!

Many of you are learning the truth about pharmaceutical drugs, particularly ‘gold standard’ cancer treatments with its efficacy being far from ‘golden’! Take a look at the article from Mercola “Chemotherapy is losing its luster” and…

Check out this video “The Truth About Cancer – A Global Quest” 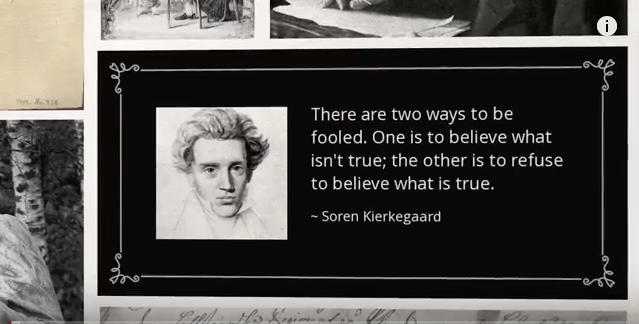 It is nearly 2 hours long so download it or save the youtube address. Unlike the drugs you have to pay for to keep you sick. Oh sorry, I mean keep you well, this video is free as is Part 2.  If you have been diagnosed with cancer, this is a must see. There are 9 episodes.

Are we worse off without alternatives? You bet!

PS: Be aware of this law in US!

We should also be allowed to decide the treatment for our own children. If you want alternative treatment, for instance you refuse chemo for your child, then that child will be taken from you and forced into chemotherapy. Be aware. Many parents have lost their children because of this mandate! 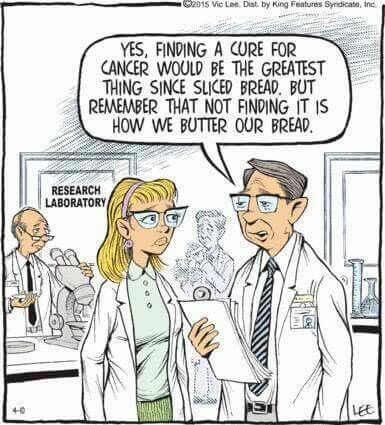 Article Name
Sick, Sad World - how did it come to this?
Description
We live in a sick, sad world. Many are suffering needlessly. Our plethera of medical practioners, using alternative medical treatments have mostly been eradicated.
Author
Ches Power
Publisher Name
https://magnesiumandhealth.com
Publisher Logo