This is People and Parkinson’s – Part 4 and I will be going through the prognosis of this disease and what the future holds for the sufferers.  Click here if you missed Part 1 and here for Part 2. and here for Part 3.

According to research results, indications are that with ample Magnesium (Mg), the brain will be protected from the damaging effects of toxic metals and pesticides.  Metals such as aluminium, mercury and lead are undesirable in the brain and will cause damage and cell death.  If Mg is low, unwanted metals gain entry into the brain cells.  Metals will gain access to the brain much more easily if there is not enough Mg to protect it.  Research indicates that this can herald the start of Parkinson’s and Alzheimer’s. It’s interesting to note that with the later stages of PD, dementia is expected.  It is also common to misdiagnose dementia for alzeimer’s and visa versa.

In a test, primates were fed a diet low in Mg and Calcium (Ca) but high in aluminium.  They soon became sick and apathetic and lost weight.  Upon examination of their spinal cords, they showed a swelling of the anterior motor cells and deposits of Ca and aluminium within those cells.(2)  As mentioned before, without Mg to keep Ca in check and dissolved, it will roam to parts of the body where it shouldn’t be and calcify.  The fact that the diet was low in Ca, indicates that it was pulled in from other parts of the body as there was not enough Mg to keep it controlled

Areas where the soil is high in aluminium but low in Ca and Mg will show an incidence of higher levels of neurological conditions.  Victims of the diseases show high levels of aluminium in the neurons along with low levels of Mg.

It was found that on the island of Guam, areas that have the lowest levels of Ca and Mg in the soil, have a high prevalence for neurological diseases.  The lethal effects of aluminium on the neurons can be protected with ample supplies of Mg.  Mg is absolutely vital for our health for so many bodily functions.  It has come with us through our evolution and is a critical factor for all of life, including plants and animals alike.

I want to stress again that it is normal for our Calcium levels to be high in comparison to Mg.  This in itself constitutes a Mg deficiency.  Calcium is being consumed like candy because the public have been misinformed.  It is used by food manufacturers to fortify our foods.  People want to see “fortified with calcium for strong bones and teeth”.  That’s fine as long as the Mg is up there in similar amounts.  Optimally, the Ca to Mg ratio should be 1:1.  This is really hard to achieve naturally with the abundance of Ca in our diet.  Ca has become the ‘star’ of the minerals.  All parents want their children to have plenty of Ca.  All elderly patients are advised to take plenty of Ca, especially to avoid fratures; it will do the exact opposite!  Everyone is worried that they don’t have enough Ca.  Nobody seems worried by the lack of Mg.  This is a serious error of judgment for everyone.

This an obvious question and one which I’m asked time and again.  It is a fact that medical education does not often include teaching the benefits of vitamins and minerals.  Doctors are taught about how to care for sick people and which drugs can be used to control their sickness.  They are not taught about wellness and how to keep their patients as healthy as their genes will allow.  Unfortunately, much of the medical profession is under the control of Big Pharma.  These are large, powerful companies that control much of the drug distribution and pressure is put upon the medical professionals to use the drugs that Big Pharma are advocating.  After all, they have invested much funding to produce these drugs.  They need to get a return for their investments.  They certainly will not take too kindly if a natural mineral was prescribed for a patient instead of their wonder drug.  Side effects are often numerous and that goes for Parkinson’s drugs as well.  Trouble is, they often produce more symptoms than the patient had in the first place! 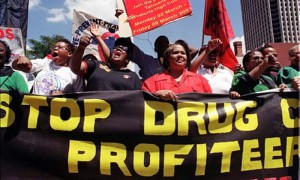 A prime example as to where Big Pharma’s interests lie is when HIV was prevalent in Africa and vaccines were required to try and control this pandemic.  The pharmaceutical companies in control of the vaccines, would not supply them to Africa because the country was unable to pay the price.

“Millions of people in Africa and elswhere were cynically allowed to die of aids while western governments and drug companies blocked access to low cost medication.
84% of worldwide funding for drug discovery research comes from government and public sources, against just 12% from the Pharma companies themselves.  On average Big Pharma spends 19x more on marketing than they do on basic research.
Drug companies are working tooth and nail to cut off supplies of lower cost generic drugs originating in countries such as India, Brazil and Thailand, to make sure they don’t miss out on a single customer who could possibly pay their sky high prices.”

Do your own research, after all it’s your body!

I found the following comments on a Parkinson’s UK website:

“After a bad period of tremor’s, I decided to try magnesium after looking up the advantages on the web.  I have been taking it for a month now, 200mg a day and my tremor is virtually gone. I still get it if I get really tense but this is acceptable.”
This person has found an answer to his tremors but forgets to up his dose when things in his life get stressful.  Stress will deplete your reserves of Mg quicker than anything and stressful days need higher doses of Mg to keep it at optimum levels.

And here’s a newly diagnosed sufferer asking for help:

“Hi all, I am newly diagnosed (a week ago) and apart from some days of extreme tiredness, I’m ok with the ReQuip starter pack pills. My main issue is the constipation and I’m wondering if anyone has/is using anything that alleviates it please?  Tony from Cornwall”

“Hi Tony!
My non-PD hubby had constipation after surgery, and the doc recommended he drink a bottle of magnesium citrate, which worked”.

One of the symptoms of Mg deficiency is digestive problems and constipation is common. Once Mg is taken on a daily basis, constipation problems will disappear.  This upsetting condition is common amongst PD sufferers, so why was this patient not informed about this?

Don’t forget, Mg is a natural mineral that the body needs at optimum levels to 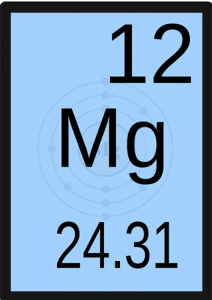 keep you healthy.  Depletion of Mg will cause problems with your health and can actually incite serious life threatening diseases.  The only contra-indications for Magnesium are:

As long as you do not suffer from any of the above 4 contra-indictions, Mg is extremely safe and an overdose will only cause loose stools which is a way of releasing excess Mg.  It’s also excreted through the urine.  Even the non-laxative supplement ie. Mg Chloride solution, will cause a laxative effect if taken to excess.

I list below common conditions of Mg deficiency in alphabetical order.  Although there are more symptoms of Mg deficiency than listed below, these are also symptoms of Parkinson’s Disease!  I don’t know about you, but I think this is a bit of a coincidence!  Would it not suggest to you that if you were afflicted with Parkinson’s, supplementing with Mg to ensure your body was completely replete, could actually reduce your symptoms?  Even if you were sceptical, knowing that Mg is completely safe to take, would it be worth trying it just to see if you notice a difference in your symptoms?  I think I would prefer to try a natural solution first before going onto prescription drugs wouldn’t you?

Taking a Mg supplement is no different to consuming Mg within your diet.  Many foods are high in Mg although it must be remembered that because of farming practices in this modern age, Mg is much depleted in the soil and we gain much less from our food than we did a century ago.  It is recognised that the majority of the population is Mg deficient to some degree and a large percentage of those are seriously deficient.  So much so that our health is at risk, not only to neurological diseases but also from heart disease, stroke and hypertension.  You can also include diabetes, atherosclerosis, fibromyalgia, migraine…

Mg is vital in protecting the body from the lethal effects of aluminium and other toxic metals and also pesticides which are another link to Parkinson’s (2).  A naturally occuring antioxidant known an Glutathione is found in all the cells of the body including neurons. This antioxidant helps to detoxify the body of certain chemicals.  Cells grown in a Mg deficient medium, produced lower glutathione levels.  Introduction of free radicals to this low Mg culture, caused the glutathione to rapidly diminish, making the cells susceptible to free radical damage.  Dr Russell Blaylock relates that a fall in glutathione within the substantia nigra appears to be one of the earliest findings in Parkinson’s disease (3).

Knowing the evidence about how destruction of nerve cells in the brain can occur, surely it’s worth supplementing with Mg.  After all, what have you got to lose and how much could you gain.  You won’t know until you take your health into your own hands.

If you have first hand knowledge of signs and symptoms of Parkinson’s, please comment below.  We want to hear from you, it could help other sufferers.  Any question you have I will do my best to answer. Ches Power 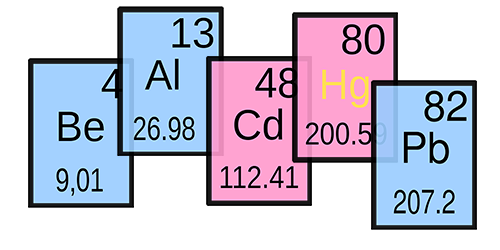 Article Name
People and Parkinson's - Part 4
Description
Metals such as aluminium, mercury and lead are undesirable in the brain and will cause damage and cell death. If Mg is low, unwanted metals gain entry into the brain cells.
Author
Ches Power