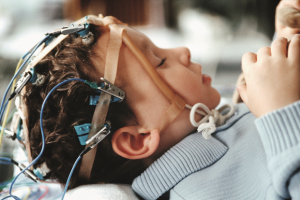 1 in 100 people are affected by epilepsy, quite a large chunk of the population.  Although it can effect anyone of any age, diagnosis in childhood is common.  But there are alternative treatments for epilepsy, so why aren’t they being used?  I’m not going to get into the types of epilepsy here because all epilepsies induce seizures or fits.

There appears to be just the one visible symptom and that is recurring seizures. These are caused by an excess of electrical activity in the neurons of the brain.   The brain is constantly alive with electrical activity.  The amount of stimulation and suppression 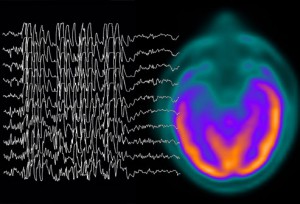 necessary to balance a healthy brain is controlled by switches, turned on and off by neurotransmitters.  So these neurotransmitters depend on certain nutrients for them to activate, nutrients including magnesium, calcium and zinc.  Nutrients play various roles in  supporting the response of the nerve cells to electrical stimulation.

The brain can encounters trauma by way of chemicals, emotional stress, physical stress which includes an imbalance of nutrients. These switches can be permanently switched on making them fire excessively.  The overexcited nerve cells can cause seizures and fits.  Studies have shown that with a magnesium deficiency, this scenario is more likely to happen¹.  When magnesium is at optimum levels, it protects against over stimulation of the nerve cells and keeps them at an equilibrium. This in turn reduces the chance of seizures such as epilepsy. 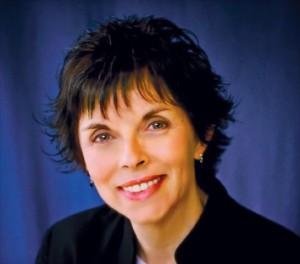 Dr Carolyn Dean has written many books on the benefits of magnesium.  She advocates it for innumerable medical conditions, not least the role of magnesium in reducing and in some cases eliminating seizures. She says “Experimental studies have shown that low magnesium in the body makes seizures more likely to occur. Magnesium sulfate for the treatment of seizures and hypertension in pregnancy is safe and effective and universally accepted.”

Magnesium deficiency and its affects on health and particularly talking about epilepsy has been known for decades.  Why is it that this vital mineral is being ignored by the majority of the medical community.  Just a few eminent specialists and doctors championing its health benefits?  Alternative treatments for epilepsy are ignored by mainstream medical practices and I think the problem is profits.  There’s no money for pharmaceuticals in a natural nutrient.   I don’t blame the doctors, they are obviously dedicated but they are locked into the system that is putting Big Pharma profits before health.  Profits from drugs like statins which brings in multi billions for just this one class of drug.  This most profitable drug ever, is prescribed to save your heart from high cholesterol.  Did you know that magnesium is a natural statin!  …well, that’s another post.

Returning to alternative treatments for epilepsy, I want to go back to the last century.  Dr Lewis B. Barnett, 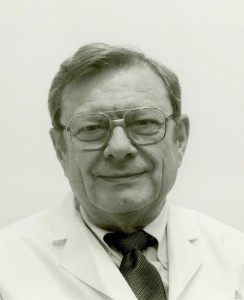 head of the Hereford Clinic and Deaf Smith Research Foundation in Hereford, Texas, began a series of experiments.  Barnett was actually looking into the role of magnesium in bone structure and whilst studying this, came across the significance and vital role of magnesium in the physiology of the central nervous system. He looked further into any research done in this field and found a medical investigation done by Martin, Meke, and Wertman. They evidently reported that those suffering from epilepsy had a deficiency of magnesium in the blood.

One little boy started it

This was when Dr Barnett turned his attention to epilepsy.  He started his research with a little boy who had been an epileptic for 3.5 years, he was only 4 years old.  His parents had come to the realization that their child may have to live with this condition for the rest of his life.  The boy took anticonvulsive drugs but the drugs didn’t work.  They did notice though that the boy was more likely to have a seizure if he was under stress.

Dr Barnett started treating the boy with 450mg of magnesium gluconate along with a thyroid extract.  Within two weeks of the start of this treatment, all signs of epilepsy had vanished. The child showed no signs of the condition from then on. 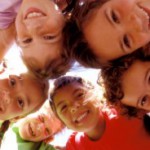 Another 29 children were treated

Following this success, he took on a further 29 cases of children of all ages who had not responded or had minimally responded to pharmaceutical drugs and therapy.  After treatment with high oral doses of magnesium they all experienced amazing results.  In his Hereford study he only used children who definitely suffered with epilepsy.

All the children’s Mg levels were very low

Magnesium is natural and safe

Even if there is the slightest chance that epilepsy symptoms can be improved by using magnesium supplementation, isn’t it worth using it.  After all it is entirely safe and is naturally needed by the body including the brain.  It is also generally known that the majority of the population is actually deficient in this vital alkaline metal.

Alternative treatments for epilepsy not on the sites

Interestingly though, there is a lot of talk on the forums about epilepsy and magnesium.  I found the following frustrated mother’s plea for help: “I keep asking my sons neurologist about low magnesium associated with his seizures. I just read on this site that low magnesium can cause abnormal electrical activity in brain cells. My son had normal MRI and abnormal EEG showing a small area of abnormal electrical “sparks”. His blood work showed a magnesium imbalance. Every time I mention this to the dr he says that wouldn’t show on an EEG, which may be true, but the low magnesium could be his trigger. I’m feeling fustrated as I would like to pin point my sons trigger.”

This mother has picked up on something and it appears the doctor in charge of her son’s case is completely ignoring her.  She has a very valid point. Furthermore, if I was the mother of this child I would be supplementing with magnesium despite what the doctor said.  As I keep saying, it is harmless, so what’s the harm?  Trouble is, many of us consider the doctor’s word as gospel.  Most would not go against what a doctor prescribes.  But, doctors are just human like everyone else.  They don’t see your child day in day out suffering from debilitating seizures.  You know your child better than he!

Will magnesium react badly with drugs?

I know what you’re going to say…..  what if the magnesium reacts with my drug?  Well, actually it’s more likely to be the other way around.  Taking pharmaceutical drugs exacerbates a Magnesium deficiency.  Drugs are renowned to deplete magnesium levels at an alarming rate.  So if you are taking drugs, magnesium supplementation and a magnesium rich diet will always be beneficial.

I want to finish with an interesting recent research paper.  It’s called “Seizure activity results in calcium and mitochondria independent ROS production via NADPH and xanthine oxidase activation”³.  Don’t let the title phase you just take note of what was in the paper…  The following statements were found in the text of this paper, just read the bold bits if you want…

Alternative treatments for epilepsy?  Why not try Magnesium! 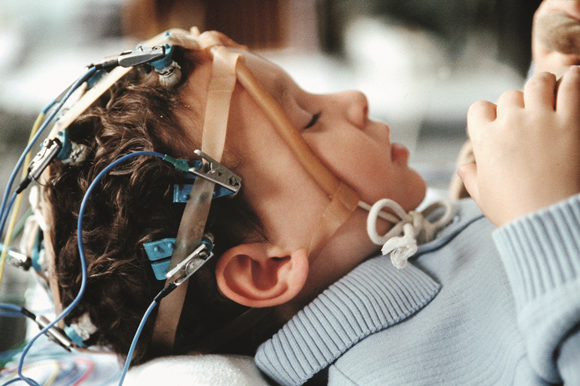 Article Name
Alternative Treatments for Epilepsy
Description
About 1 in 100 people are affected by epilepsy which is quite a large chunk of the population. Diagnosis in childhood is common although it can affect anyone of any age.
Author
Ches Power
Publisher Name
https://magnesiumandhealth.com
Publisher Logo

17 thoughts on “Alternative Treatments for Epilepsy”