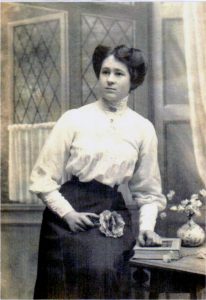 What is pernicious anaemia? My Grandma died of it when she was just 39 years old.  She could not be cured because nobody knew what caused it and how to treat it.

Nowadays pernicious anaemia (PA) can be avoided.   Many of us are showing signs of this debilitating condition, even at an early age.

Do you have it, or at least the beginnings of it?  If you do, you will likely put it down to some other illness, a sign of getting old or just part of being you.  You do not have to suffer this illness.  It is simply alleviated and most people, with treatment, will improve dramatically.

What is pernicious anaemia exactly?

This condition involves a deficiency of red blood cells, resulting in fatigue and often a pallor of the skin.  The main cause of PA is the inability to absorb vitamin B₁₂ from food which will result in a B₁₂ deficiency.  It is insidious which makes it difficult to discern that you actually have something wrong.  Your symptoms may take years to develop and consequently, mentioning it to your doctor is often overlooked.

According to Wikipedia, “vitamin B₁₂, also called cobalamin, is a water-soluble vitamin that has a key role in the normal functioning of the nervous system via the synthesis of myelin, and in the maturation of developing red blood cells in the bone marrow.” 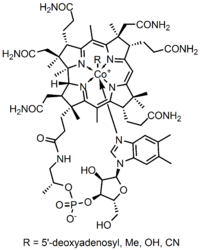 For those of you who want to know a bit more of the technical, cobalt (atomic No 27, chemical symbol Co) is an essential element which is at the heart of vitamin B₁₂.  A cobalt atom is bonded to a methyl group which is one of the rare examples of a metal-to-carbon bond in nature. The image shows a diagram of Cobalomin which is vitamin B₁₂.

Nothing that grows out of the ground needs vitamin B₁₂ but every creature of the land, sea and sky needs it.  This is a common hypothesis but with much speculation that some plants do need cobalt.

How do you feel?

Rather than a vitamin deficiency, you will blame your tiredness and other ills on your stressful lifestyle or advancing age.  You will not necessarily get all the symptoms associated with PA.  Some will have many symptoms, others will suffer just a few.

These symptoms can range in severity and fluctuate and change over the years.  Thus, you will probably conclude, as will your doctor, that you have one or a number of many other conditions. 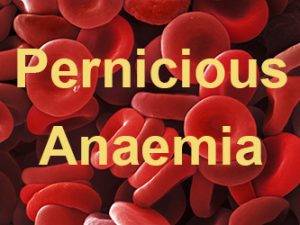 Many medics are still ignorant of B₁₂ deficiency

Unfortunately, many doctors overlook the symptoms of PA and don’t think to ask patients questions.  Questions like do they feel well generally. How are their energy levels. Do they suffer from any of the symptoms given below.  How is their mood.  Are they depressed.   This lack of enquiry often leads to non diagnosis or worse a mis-diagnosis.

But times are changing and many medics are realising that this is a condition that is rearing its ugly head all to often in their practice.  Some of them will know immediately that their patient is suffering from a vitamin B₁₂ deficiency.

Now I give below a number of common symptoms.  They are the most reported by patients. But, you could have different symptoms resulting from this deficiency and causing your PA.

or too exhausted to do household chores and other necessary jobs.

Short of breath – a desire to take deep breaths or heavy sighing, often when trying to sleep.

Brain fog – difficulty thinking straight.  Forgetting the names of famous people, places and even temporarily forgetting family members’ names.  Finding it hard to concentrate.  An inability to think of the names of common objects. Having to think how to do a task that usually is second nature to you.

Clumsy or uncoordinated – bumping into furniture or other objects or dropping things.

Balance – unsteady in the shower or have difficulty putting on underwear.  Hopping around the room and unbalanced on one leg. Unable to stand on one leg for more than a few seconds, without holding on to something. Bumping into walls or doors and unable to stand up straight when it’s dark or with eyes closed.

Pins and Needles – numbness in feet and hands or pins and needles or tingling.  The sensation that something is crawling on skin?

Fibromyalgia – Neuropathic pain like fibromyalgia.  Often occurs on one side of the body.

Vertigo – Heights and wide open spaces causing a problem. Needing to look at the floor sometimes whilst walking or a need for a visual reference to feel safe from falling.

Tinnitus – there could be some nerve damage to the brain which can cause tinnitus. This is extremely common in patients with PA.

Sense of smell – loss of touch, smell and taste can be a symptom. 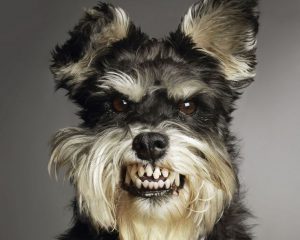 The sufferer can feel irritable and frustrated, showing impatience and a general feeling of anxiety or uneasiness. Sometimes the sufferer will seek solace in their own company and not be sociable.  They can have sudden mood swings which relatives will deem out of character.  This can cause tension in the workplace and at home.

Depression is common as is loss of libido for both men and women.  But most importantly, sleep can be disturbed despite the patient being exhausted.  Often the patient will sleep during the day.  Confusion and dementia can be the outcome of these symptoms.

Mouth ulcers can be a problem, especially on the inside of the cheeks. The tongue can be swollen and/or cracked, known as beefy tongue. 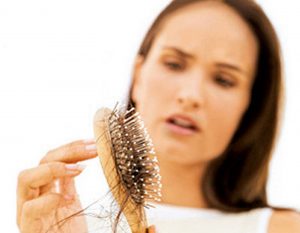 Sudden diarrhoea which some patients experience after a bout of constipation. Flatulence and poor digestion with a poor appetite.

Testing for B₁₂ deficiency is not often done by your doctor.  If it is, tests have been known to give erroneous results, with optimum B₁₂ levels set too low.

You can get a test done yourself from various laboratories.  Here is an example of a private blood test for £40.  I have no affiliation with Viapath but found it on the web to give you an example.  This is a company in the UK.  Viapath advertise as follows:

“Our vitamin B12 test panels

Weakness, tiredness, light headedness, heart palpitations, muscle weakness and problems like depression and memory loss can be symptoms of B12 deficiency. These typically affect those who are vegan, vegetarian or suffering from conditions such as pernicious anemia, Crohn’s disease or colitis.”

No doubt the US also has many private testing facilities. Request a Test in the US comes to mind, they may do it. They certainly do an RBC magnesium test, which is superior to the outdated and inefficient magnesium serum test. This useless test is the standard in all hospitals and doctor’s surgeries and is probably why most doctors think the general population is not deficent in magnesium!

Which nutritional supplements do I use? I’m often asked this question.  So in my next post, I will go through all the supplements I take and why. You already know my No. 1 choice!

I want to quote from Dr Carolyn Dean’s book ‘The Magnesium Miracle’ where she is talking about homocysteine levels being high in 40% of the population. Hyperhomocysteinemia is

a marker for heart disease and she states: “when magnesium, vitamin B₆, vitamin B₁₂ and folate are deficient, the body is not able to properly digest dietary protein. Magnesium and the B vitamins were readily available in the typical diet a hundred years ago; now that they are absent, homocysteine becomes elevated, resulting in heart disease.” 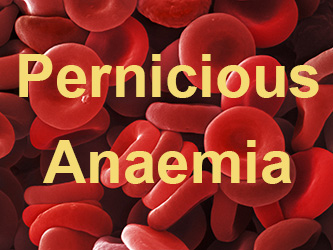 Article Name
What Is Pernicious Anaemia
Description
What is pernicious anaemia? My Grandma died of it when she was just 39 years old.  She could not be cured because nobody knew what caused it and how to treat it.
Author
Ches Power
Publisher Name
https://magnesiumandhealth.com
Publisher Logo

6 thoughts on “What Is Pernicious Anaemia?”