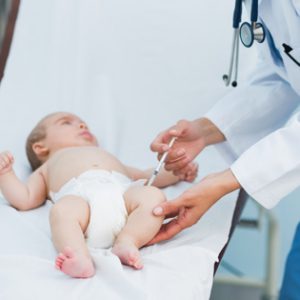 My last article spoke briefly of a little known supplement that is given to newborns, mostly worldwide, by way of a shot or an oral supplement.  Vitamin K and Newborn is about the injection for vitamin K1 and it is causing a lot of controversy.  I would like to give you the lowdown on this vaccination so that you can make an informed decision as to whether you have your newborn injected, that’s if you are given the choice!

Let me explain exactly what’s going on here and why this vaccine could be of possible benefit to your new baby.  It’s all to do with a little known vitamin known as vitamin K.  Don’t get this confused with the mineral potassium which is also known as K.  Vitamin K received the letter because the initial discoveries were reported in a German journal, in which it was given the name ‘Koagulationsvitamin’.

Since 1944, some of the western world started administering a vaccine to newborns.  This shot of vitamin K was to prevent haemorrhaging in the new born baby, a condition  that can cause irreparable damage to the child and even death.  The parent can refuse this jab if they have been given the choice.  I do not remember being asked if I wanted my babies to have this shot and I’ve asked a number of mothers the question and not one can recall the event.

The case for vitamin K being given at birth is a strong one.  This vitamin is a necessary component for normal blood clotting and it was discovered that most babies are not born with sufficient levels of it.

As I stated in my last blog, vitamin K is stored in the liver as apposed to being throughout the body.  This inhibits the mother’s vitamin K from crossing the placenta.  Consequently babies are born with a vitamin K deficiency, which incurs a risk of haemorrhage.  Once babies start eating solid food, their livers will store vitamin K from food.  It is uncommon for babies to have a vitamin K deficiency bleed but it can be catastrophic should it happen.

You could just leave all the administering of medication to your medic and/or hospital doctors but it is important for you to know the alternatives and why these jabs are given.  So many of us are worried about questioning our doctor or surgeon about the consequences of the medication or operation about to be given.  This reluctance must be overcome.  It is our body, our health and the health of our children and loved ones.  The doctors and medical professionals are doing their best but they don’t know everything about everything. 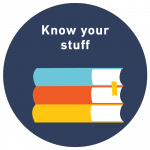 The benefits of doing your own research is that you can focus on just the topic that is of interest to you and your health.  This is something a doctor will not have the time to do, unless he is a specialist and even then, specialists often don’t keep up with research and get stuck in dogma and many will dismiss any naturopathic medicine as quackery.

Now recently some parents have declined the shot and we need to know the reasons why. Some think it’s not natural and the child’s body will overcome any deficiency.  Others have faith based reasons.  Many don’t want their child to suffer any pain, after all it’s traumatic enough just being born in the first place!  But some parents are worried about possible side effects of the injection.

So what are the fact about vitamin K?

Vitamin K is a fat-soluble vitamin and as stated above is named after the german word Koagulation which is, of course, coagulation in english. This vitamin, enhances the clotting facility in our blood.  It does not increase it, it makes it more efficient.  In other words, if you had a large amount of vitamin K it would not harm you and would not make your blood thicker.  Conversely if you are deficient in vitamin K, blood clotting can be inhibited with more of a tendancy towards spontaneous bleeding or haemorrhaging. 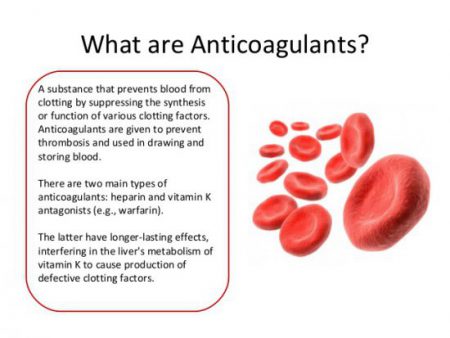 I must make a note here that if you are on anti-coagulants then too much vitamin K could reduce the efficacy of the drug. Vitamin K is a known antidote for anti-coagulants such as Coumadin.

Babies are born with about a third of the blood clotting component as that of adults.  Breast milk contains vitamin K1  whilst formula milk can contain much more if it has been fortified with the vitamin.  Although vitamin K1 and vitamin K2 are both associated with clotting, it is K1 which is given to the newborn.

HDN (Haemorrhagic Disease of the Newborn)

There are reported to be 10 cases of haemorrhaging in every 100,000 births due to vitamin K deficiency, during the first week of the baby’s life, known as HDN (Haemorrhagic Disease of the Newborn).  Babies born prematurely are more at risk as their levels are lower than full term babies.

The consequences of a bleed in an infant can be serious with the possibility of brain damage and death and it is advocated that an intramuscular injection is more effective in preventing a haemorrhage than oral administration but this fact is debatable.  The Committee on Nutrition of the American Academy of Paediatrics recommends 0.5 to 1.0 mg of  vitamin K1 be given by injection to all newborns.

In the UK, an intramuscular injection of 1 mg is recommended within the first 24 hours of birth.  There is also the option of three oral doses given to the child over the first month of life.

There have been many scares, not least a suggested relationship between vitamin K and childhood cancer from a couple of studies.  These have been discredited due to poor methods and small sample sizes.  A review published in 2000 by Ross and Davies found no link.  In 2013 concerns arose after children had to be treated for bleeding problems.  Lack of vitamin K at birth was the reason given. 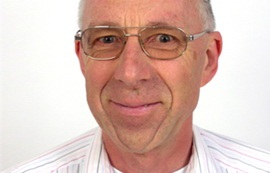 According to Dr Cees Vermeer, Professor of the Cardiovascular Research Institute Maastricht, University of Maastricht, those mothers who are replete with vitamin K, supplementing regularly and choose to breastfeed, will probably not need to have their baby injected or given any additional supplementation.  If you don’t want your baby to have this shot then it is up to you to make sure your vitamin K levels are at optimum before baby is born.  Absorption by food is not enough, so a good quality supplement is your best bet.  Also, you have to be diligent in the delivery room.  Nurses or doctors may give the shot as a matter of course wthout asking your permission.  You need to let them know.  Having a close relative nearby to reinforce your wishes is also a good idea.  After all, you’ll be a bit busy!!

Lack of vitamin K is definitely a problem in newborns, especially in the first week of life when HDN occurs.  It is rare but if it strikes it can be fatal.  I think the main reason people are wary about vaccinations is the possibility that toxins used for preservatives are within them.  One thing that is safe is the vitamin itself.  Although massive doses are given, it has been shown that vitamin K is safe at any dose. 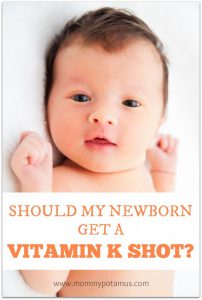 *For a long time now, many doctors have been in denial when it comes to infant pain.  Many think that newborns don’t feel discomfort or pain and if they do, don’t remember it the way children and adults do.  Dr David B. Chamberlain, wrote in an article Babies Don’t Feel Pain: A Century of Denial in Medicine.  “The earlier an infant is subjected to pain, the greater the potential harm.  Early pains include being born prematurely into a manmade ‘womb’, being born full-term in a manmade delivery room, being subject to any surgery (major or minor), and being circumcised.  We must alert the medical community to the psychological hazards of early pain and call for the removal of all man-made pain surrounding birth”

As for the oral dose of vitamin K, it is safe with no side effects.  Although the oral dose is less bio available and the injection is absorbed more efficiently, an increase in the oral dose can counteract this.  Keep in mind that vitamin K is completely harmless and there is no problem with overdosing.

According to the trusted Cochrane Organisation, dosing 1 mg of liquid vitamin K each week or 0.25 mg daily would give as a good a protection as does the vitamin K injection.  You have the information, decide for yourself what you want put into your child’s body and how it is administered. 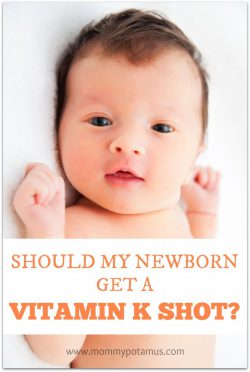 10 thoughts on “Vitamin K and Newborns”