There are 3 possible treatments for C-19, but wait…

April 18th 2013, an article found on the Wayback Machine:

The SARS-like coronavirus was first diagnosed in a patient from Qatar, and researchers may have found a treatment.

Scientists may have found a treatment for a deadly new coronavirus — which causes severe, acute respiratory symptoms — first diagnosed in a patient from Qatar in September.

The treatment, a combination of two already-approved antiviral drugs, has been tested so far only in cells in lab dishes, according to the study in Scientific Reports. But authors say they’re encouraged to have any data to offer doctors. The SARS-like virus has been diagnosed in 17 people and has killed 11 by causing severe pneumonia and sometimes kidney failure. 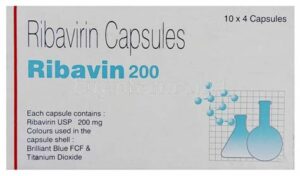 Scientists found that a combination of the antiviral drugs ribavirin and interferon-alpha 2b, can stop the virus from reproducing in lab-grown cells, says lead author Darryl Falzarano of the National Institute of Allergy and Infectious Disease’s lab in Hamilton, Mont.

So what does Dr Fauci say?

“We don’t have to start designing new drugs,” a process that takes years, Fauci says. “The next time someone comes into an emergency room in Qatar or Saudi Arabia, you would have drugs that are readily available. And at least you would have some data.”

But here’s what Dr Anthony Fauci continues to say, remember this is 2013: 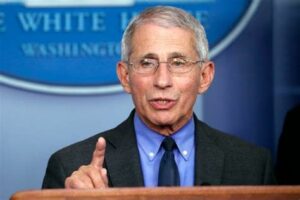 Even though the treatment hasn’t gone through definitive trials, Fauci says, “if I were a physician in a hospital and someone were dying, rather than do nothing, you can see if these work.”

So why have so many died because there was ‘no treatment for this new disease’. Fauci says he would have tried this treatment to see if it would work. So why is he now making sure that no treatment, even if it’s a widely available cheap drug, is used on dying or sick patients or as a prophylaxis for front line workers? Was a viable treatment available way back in 2013?

Here is the full link if you want to read all of it: https://www.usatoday.com/story/news/nation/2013/04/18/scientists-develop-possible-treatment-for-new-sars-like-virus/2091443/

Then I found this article dated August 5th 2005! 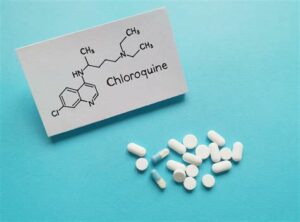 Chloroquine is a potent inhibitor of SARS coronavirus infection and spread

Results: We report, however, that chloroquine has strong antiviral effects on SARS-CoV infection of primate cells. These inhibitory effects are observed when the cells are treated with the drug either before or after exposure to the virus, suggesting both prophylactic and therapeutic advantage. In addition to the well-known functions of chloroquine such as elevations of endosomal pH, the drug appears to interfere with terminal glycosylation of the cellular receptor, angiotensin-converting enzyme 2. This may negatively influence the virus-receptor binding and abrogate the infection, with further ramifications by the elevation of vesicular pH, resulting in the inhibition of infection and spread of SARS CoV at clinically admissible concentrations.

Conclusion: Chloroquine is effective in preventing the spread of SARS CoV in cell culture. Favorable inhibition of virus spread was observed when the cells were either treated with chloroquine prior to or after SARS CoV infection. In addition, the indirect immunofluorescence assay described herein represents a simple and rapid method for screening SARS-CoV antiviral compounds.   Remember this is 2005!
Here’s the link if you want to go into the article more deeply: https://pubmed.ncbi.nlm.nih.gov/16115318/

Although chloroquine is an effective drug, it is known that hydroxychloroquine is much safer. It is, in fact, a drug that’s been around for 65 years and is on the WHO’s list of safe drugs. Here is an article explaining more

What about Ribavirin & Interferon?

Ribavirin and interferon-α2b as primary and preventive treatment for Middle East respiratory syndrome coronavirus: a preliminary report of two cases

Middle East respiratory syndrome coronavirus (MERS-CoV) is a newly recognized transmissible viral infection with high virulence and case fatality rates for which there is no currently defined primary treatment or prophylaxis. Saudi Arabia has the largest reported number of cases so far. Like severe acute respiratory syndrome (SARS), MERS is caused by a coronavirus. Combination therapy with interferon-α2b and ribavirin has been used successfully as primary treatment and prophylaxis in SARS. Because of similarities between the two coronaviruses, treatment with ribavarin and interferon-α2b has been suggested as a potential therapy for MERS-CoV. Studies in animal models of MERS-CoV have shown the combination of ribavirin and interferon-α2b to be effective both as primary treatment and prophylaxis. In this report, we describe for the first time use of this combination as a primary treatment for a patient with MERS-CoV infection and as prophylaxis for his spouse and discuss its possible role. 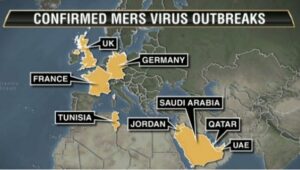 Why are coronavirus treatments being hidden?

Why are these life saving treatments being vilified as being dangerous or even hidden. It’s as though the hierarchy don’t want us to know that these cheap treatments work.

What about the flu and other coronaviruses

What about other viruses such as flu and even the common cold? These are coronaviruses too! Could it possibly mean that we have effective treatments for some or even all coronaviruses? If you could take a known safe drug rather than have a flu or fast tracked covid jab, what would you do? 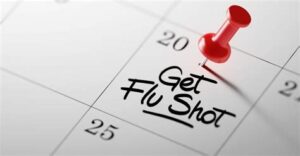 Think about it….what would happen to all those flu jabs if coronaviruses were treatable with simple, already on the market, cheap drugs. Drugs that will have far less side affects than any flu jab, millions have each year. How pleased would the pharmaceutical industry be if that came to fruition? Imagine getting symptoms of the flu or another virus and already having the remedy in your medicine cabinet! In some countries HCQ is so safe it is an over the counter drug. As well as that, zinc is an available supplement! Countries using HCQ have drastically lower mortality rates than countries not allowing HCQ, check for yourself!

Why are we putting up with it?

Why are we putting up with this rubbish, why aren’t the vulnerable being administered a prophylaxis to prevent getting the disease or one of these treatments for those who contract the disease. Why are our elderly and sick on indefinate house arrest, getting sicker, distressed, frightened and lonely with their immune systems declining.

Here are the 4 possible treatments:

Out of these 4 possible treatments, the Hydroxychloroquine (HCQ) seems the best bet, purely because of its ease of use. Treatment can be administered at home which is much more convenienct for doctors and patients. Also, this HCQ can be used as a prophylaxis which would be a good idea for doctors, nurses and care workers to keep them safe from infection.

For those who cannot get HCQ, you can use natural alternatives of Quercetin, Zinc, Vitamin C (ascorbic acid), melatonin and vitamin D3.  Here is an article explaining the benefits.

You are being lied to! Ask yourself why? 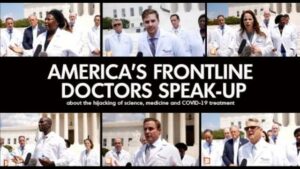 Front line doctors are being silenced, vilified and their videos and articles banned. These brave doctors, numbers of which are growing exponentially, are the real doctors, those that can’t be bought by the hierarchy. Those that risk losing their jobs and many of them have already, because they will not betray their patients.

There’s going to be a reckoning!

When this all comes to light, that governments, pharmaceuticals and those intent on ruling the masses, have deliberately withheld treatment, what will the public think. How will the relatives of those who have died, unnecessarily and often alone, feel. It is tantamount to malpractice at best and murder at worst. Who will be judged to have caused these medical, economical and personal disasters? Is it the virus that’s ruined the world, or is it the elitist hierarchy. 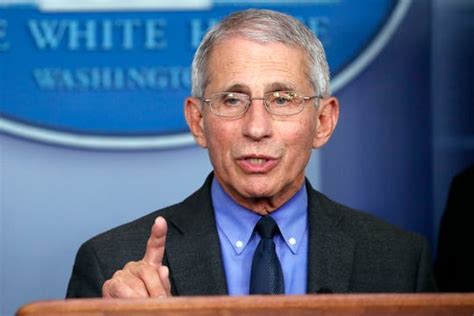 Article Name
A 4th Treatment?
Description
An already used drug, may have been discovered back in 2005 to treat coronaviruses. Why has this possible effective treatment not been pursued
Author
Ches Power
Publisher Name
magnesiumandhealth.com
Publisher Logo