In Part 5 of CDC – The Vaccine Fraud, we will look at fraudulent research, conflicts of interest within government agencies and the results of investigations into some of those agencies.  See Part 1, Part 2, Part 3,  Part 4 and Part 6 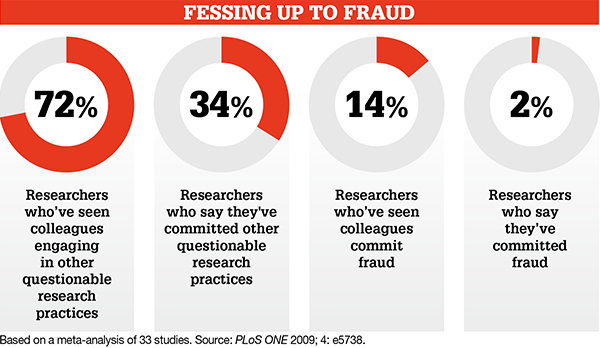 So how do these vaccines actually get to market?  The FDA is the agency that passes the vaccine to be put out for public use.  This is a group called VRBPAC Vaccine and Related Biological Products Advisory Committee.

Back in the year 2000 the VRBPAC was investigated by the US House Government Reform Committee.  What they found was rather worrying with conflict of interest rules flouted left, right and centre.  Here’s is a little of what they reported: 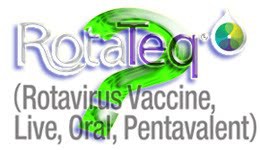 the public. Let’s look at the rotavirus for instance:

Did it get approved?

So, what do you think, did the rotavirus vaccine get approved?  You betcha!!  Have a look at this video.

What is rotavirus?  This is an uncomfortable problem causing diarrhoea that lasts for no more than a few days.  In industrialised countries it is usually not a problem but 3rd world countries have more fatalities because of hygiene, dirty water and poverty.  In the US it causes on average around 37 deaths per year.  Is this enough to create a vaccine?

A serious side effect

But, the rotavirus vaccine has a serious side effect which is not often aired. This vaccine can cause intussusception meaning the intestines of the baby roll over and the baby dies unless rapid treatment is administered, usually involving an operation.  This adverse reaction is known by the manufacturer and is put on the vaccine leaflet (WHICH YOU DON’T SEE).  I quote from the vaccine information sheet which you can see if you click the image. 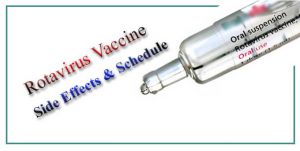 Intussusception is a type of bowel blockage that is treated in a hospital, and could require surgery. It happens “naturally” in some babies every year in the United States, and usually there is no known reason for it.

There is also a small risk of intussusception from rotavirus vaccination, usually within a week after the 1st or 2nd vaccine dose. This additional risk is estimated to range from about 1 in 20,000 to 1 in 100,000 US infants who get rotavirus vaccine. Your doctor can give you more information.” 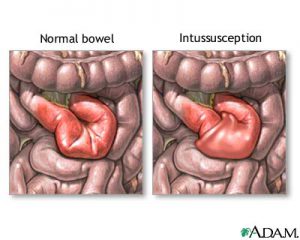 If your child does contract rotavirus naturally, the immune system will be triggered and the likelihood of another infection is greatly reduced.  It could be that you would prefer the vaccine BUT this should be your choice, not mandated and you should be consulted before this vaccine is administered and told of the risks.  I bet a pound to a penny most parents, having access to clean water and hygienic conditions as is the case in the US, would turn down this vaccine.

How does a vaccine get onto the schedule?

So after the FDA puts the vaccine on the market and it’s available to the public, the CDC decides whether or not it is put onto the childhood schedule which will mandate the vaccine to millions of children (nearly 80 million in the US).  This is done by the Advisory Committee on Immunisation Practices (ACIP).  This agency votes to recommend the vaccine goes on the schedule. 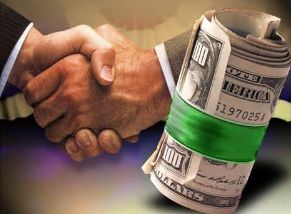 If the vaccine is passed to be put onto the childhood schedule, what does this mean for the manufacturer.  Well, that vaccine will yield a $1 billion product in just one year.  The HPV vaccine, if it is mandated for 9-24 year olds, will make $30 billion per year in the US alone. That’s $30,000 million folks! What do they say?  “follow the money”.

Immunity without side effects!

As soon as the ACIP votes to put a vaccine onto the childhood schedule the manufacturer of that vaccine is home and dry.  Immediately, that pharmaceutical company will not be liable, no matter what that vaccine may do to you or your child.  Even if it kills thousands of people, it makes no odds, the pharmaceutical company will no longer be answerable, they are completely and totally immune from being prosecuted.

Who pays compensation from Vaccine Court?

What about the vaccine injured victims? Who pays for the compensation given out by the Vaccine Court?  Who do you think, well of course it’s going to be you, the tax payers.  You didn’t think otherwise did you? 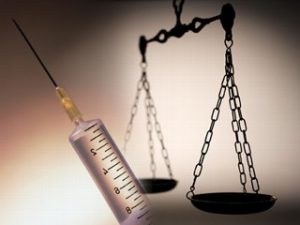 There is a tax levied on each dose of vaccine which the manufacturer is supposed to pay of $0.75.  This goes to the Vaccine Court trust fund, less 25% which the government takes for administering the fund.  So what goes into the fund is about $0.56 per dose.  Of course, the vaccine manufacturers, being astute accountants, offset this tax and make sure it is covered by the price of the vaccine and who ends up paying for the vaccine?  You know who!

What about the investigation into ACIP by the US Government Reform Committee?

This is what they found:

“The CDC grants blanket waivers to the ACIP members each year that allow them to deliberate on any subject, regardless of their conflicts, for the entire year”.

“Without consent of the governed”

The investigation said that ACIP reflects:

“a system where government officials make crucial decisions affecting US children without the advice and consent of the governed”.

In the 2009 HHS Office of Inspector General Investigation the following was found:

“CDC had a systemic lack of oversight of the ethics program”.

Vaccine makers on the committee 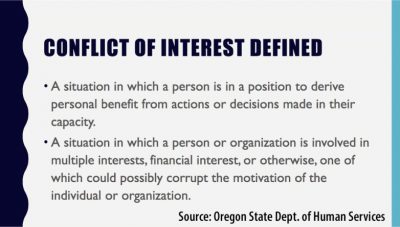 The very people that made these vaccines were sitting on this committee and voting that every child in the US get this vaccine. The very same people who never tested the safety of these vaccines in the first place.

The CDC is an agency that is supposed to protect us and it has a certain budget of around $11.50 billion to do it with.  Nearly half of this budget is spent on vaccine purchases and promotions of vaccines ($4.9 billion).  In other words the pharmaceutical industry uses the CDC as a distribution centre for vaccines.  This is the agency who is supposed to be doing our safety research.

What would happen if they did a study which uncovered that one of these vaccines they’ve purchased had a serious problem, causing seizures, autism or even death?  Do you think this will become common knowledge if it gets in the way of the CDC getting their money back?

As for the safety part of this huge budget, it doesn’t even do safety science.  All it seems to do is purchase HMO information so they can have a data base to look at.  But look at the amount,  just a mere $20 million.  It may seem a lot to us but compared to $4.9 billion it’s just 0.41% (1/243th) of of the vaccine purchase budget. 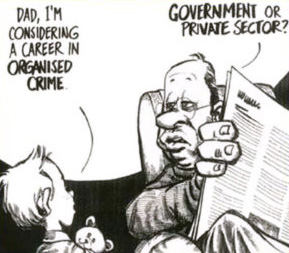 Have you heard of the revolving door specifically to do with government agencies and major industries?  In politics, the “revolving door” is a movement of personnel between roles as legislators and regulators in industries affected by  legislation and regulation.  Some would say that  Exxon is running the EPA, Monsanto is running the FDA and Merck is running the CDC.  When you look at the evidence it does appear that the industry giants are controlling the US government, as well as the media, which is restricted to report only what they want us to know.

Donald Trump’s had an idea!

Not many in the UK, have much time for the new US President but he did come up with one good idea.  He suggested to get rid of the US regulatory agencies and start afresh.  In my mind, one of his better notions.  Revamp all the government agencies, which are totally corrupt and have no empathy for their citizens.  Money and power is their only ambition.

You need to know that your government is not looking out for you.  You need to take control of everything.  You need to read every food label, every drug leaflet, every vaccination information sheet.  Check independent research on every vaccine and drug that goes into your body.  Every procedure that your doctor recommends.  You need to protect yourselves and check everything because those agencies, that are supposed to be doing the job, are completely and utterly side tracked with their own power, profits and importance.   We need to go back to basics and run these agencies with dependable, honest, principled and accomplished personnel, who cannot be swayed with bribery and corruption and allow infiltration by greedy and ruthless industry executives. 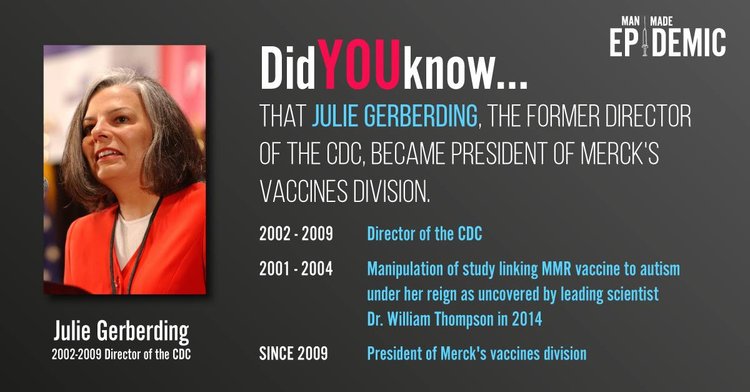 Between 2002-2009 former CDC director Julie Gerberding oversaw numerous vaccine studies, many of which were recently deemed unreliable by the IOM (Institute of Medicine), who said the studies were useless and not even done correctly.  She backed Merck’s MMR vaccine, despite the cries of parents around the world who knew this vaccine was the beginning of their child’s regression into autism.   She was in power when the MMR study fraud was uncovered.  Then she left the CDC, but where did she go?

From CDC Director to President of Merck Vaccines

She became President of Merck Vaccines with an estimated $2.5million annual salary including massive stock options.

What about recent CDC director Dr. Brenda Fitzgerald who was forced to resign?

In the last Part of this extensive article

I want to finish with the title of this post – the CDC Vaccine Fraud.  We will learn about a whistleblower who reveals devastating fraud within the CDC.  A fraud which the CDC has covered up for many years. 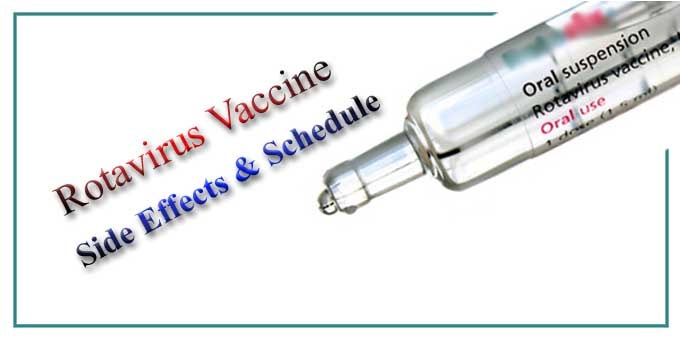