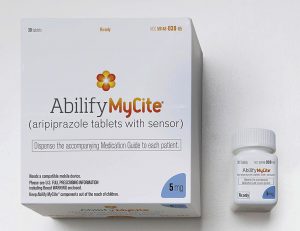 Mandatory Vaccines and now this!

In my last post I talked about mandatory vaccines and how the pharmaceuticals are taking over our health, not in a good way.  This post ‘digital pill approved’ informs the reader that the FDA has approved use of a pill which has a tracking sensor inside it to monitor the patient and make sure they don’t skip their medication!  The name – Abilify MyCite (aripiprazole pill with sensor).

This may seem a good idea at first because the patients in question will initially be those needing psychiatric treatment.  This sensor pill is intended to help prevent the patient skipping their medication and the possibility of going into some kind of manic condition which could be dangerous for them or the general public.

Or opening the flood gates

What I don’t like about this initial approval of digital invasive medication is that it opens the flood gates for all other pharmaceuticals to come out with all kinds of technology, some of which we may not want in our bodies. Is this the slippery slope leading to us being overtaken by allopathic medication and procedures which we don’t want and don’t need?

Will it improve medication compliance? 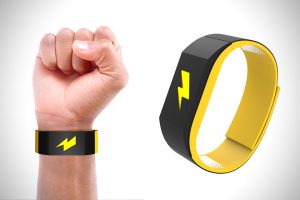 But there has been no research showing that this sensor pill will actually improve a psychiatric patients’ medication compliance.  In fact, when a psychiatric patient stops medication they are likely not to be bothered one way or the other.  Anyway, what’s going to happen if the patient is not taking the medication, some sort of reminder?  A remote admonishment from the doctor, a little jolt from the sensor?  How about one of these compliance shock bracelets which is given if a person doesn’t go to the gym?  Am I being flippant?  These bracelets are actually on the market folks!

This news was released by a press announcement on November 13th 2017 and below is the summary of that statement:

“FDA approves pill with sensor that digitally tracks if patients have ingested their medication” and in a sub-heading: “New tool for patients taking Abilify”

Dr Mitchell Mathis, director of the Division of Psychiatry Products in the FDA’s Centre for Drug Evaluation and Research stated: “Being able to track ingestion of medications prescribed for mental illness may be useful for some patients”.  He continued: “The FDA supports the development and use of new technology in prescription drugs and is committed to working with companies to understand how technology might benefit patients and prescribers.”

Manufacturer of drug is Otsuka Pharmaceuticals

According to the press release the FDA granted the approval of Abilify MyCite to Otsuka Pharmaceutical Co., Ltd. The sensor technology and patch are made by Proteus Digital Health.

Andrew Thompson, the chief executive of Proteus Digital Health who make the sensor and patch said that this technology would allow patients “to engage with their care team about their treatment plan in a new way”.  He is evidently already in talks with other pharmaceuticals regarding using this technology for treatments for various chronic conditions!

How does it work? 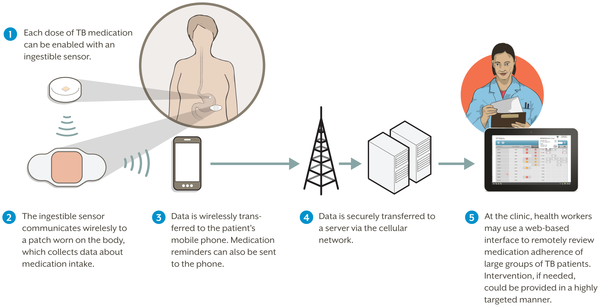 The patient has to wear a patch which transmits information to a smart phone or similar device.  This transmission comes from within the sensor pill inside the patient’s body.  It is supposed to give the patient the ability to track the ingestion of their medication on their phone.  But and this is a big but, the patient’s caregiver or physician can also access this information ‘through a web-based portal’ (with the patient’s permission, of course).

Abilify MyCite (aripiprazole pill with sensor) is available for all kinds of mental treatments such as schizophrenia, bipolar disorders and depression in adults.  It has plenty of warnings on its information leaflet including a Boxed Warning advising health care professionals that elderly patients with symptoms of dementia type psychosis are at an increased risk of death if medicated with antipsychotic drugs of which this is one. 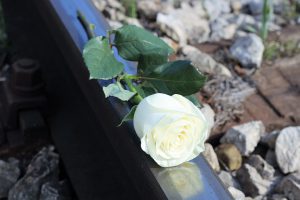 There is also a warning that there may be an increased risk of suicidal thoughts and suicidal behaviour in children and young adults who are taking antidepresssants.  But the safety and efficacy of Abilify MyCite has not been demonstrated in pediatric patients.  Thus these patients must be monitored.  The medication must be given with a medication guide to inform the patient about how the drug should be used and the risks involved.

Side Effects of Abilify

When clinical trials for Abilify were done there were a number of unpleasant side effects that were reported including:

The truth of the matter

As far as the large pharmaceuticals are concerned, non compliance with drug regimes is a widespread problem for them and the general medical fraternity.  Less usage of drugs and products mean less profits and if they can find a way to make a patient ‘comply’ and take their medication regularly as prescribed, all the better for big pharma but not necessarily better for the patient who often has to deal with side effects as well as a drug with low efficacy.

Why do some patients not take their pills?

present time, because of side effects and all of them have not told their doctor.  ED is a common reason men don’t take their medication.  For those in the US, if you have reason to believe you have had side effects from a drug that has affected your quality of life, then contact a lawyer.  This is one I picked out at random just to give you an idea what they will do.  By the way, I have no affiliation with any lawyers in the US, this is just an example.

We are too trusting

Apart from the downsides already mentioned, what about those patients who are not au fait with what drugs they are taking.  Many people, especially the elderly just take their drugs like good patients and trust their doctor to prescribe safe and effective medication that will do them no harm.

3rd leading cause of death is allopathic medicine

As the 3rd leading cause of death in the US is by allopathic medicine, this faith in our medical practioners is too freely given.  We forget that health professionals are mostly governed by those affiliated to the pharmaceutical industry.  Medication Errors (MEs) are a common cause for iatrogenic adverse events.

How long before mandatory medication?

I think there is no doubt that these digital sensor pills, which are obviously going to command a high price, will be seriously touted by the pharmaceuticals.  It is big pharma’s normal practice to give various ‘sweeteners’ to medical practitioners for prescribing their expensive medications in place of what is normally prescribed and I can see vulnerable patients being easy targets and not always knowing what they are ingesting.

What about data security?

There have been many concerns about data security and digital medicine being used coercively.  Those in a hospital environment or living in care homes are particularly exposed and wide open to being used as guinea pigs to test digital systems.  Some would have no idea what was going on. 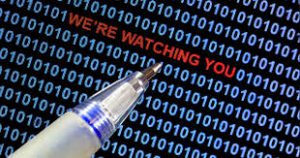 This kind of device could be used for all types of surveillance and believe you me, it will be. Apart from that, having sensors triggered by electromagnetics could be dangerous to health.  Where is the research that proves this would not be the case?

The pitfalls are shocking 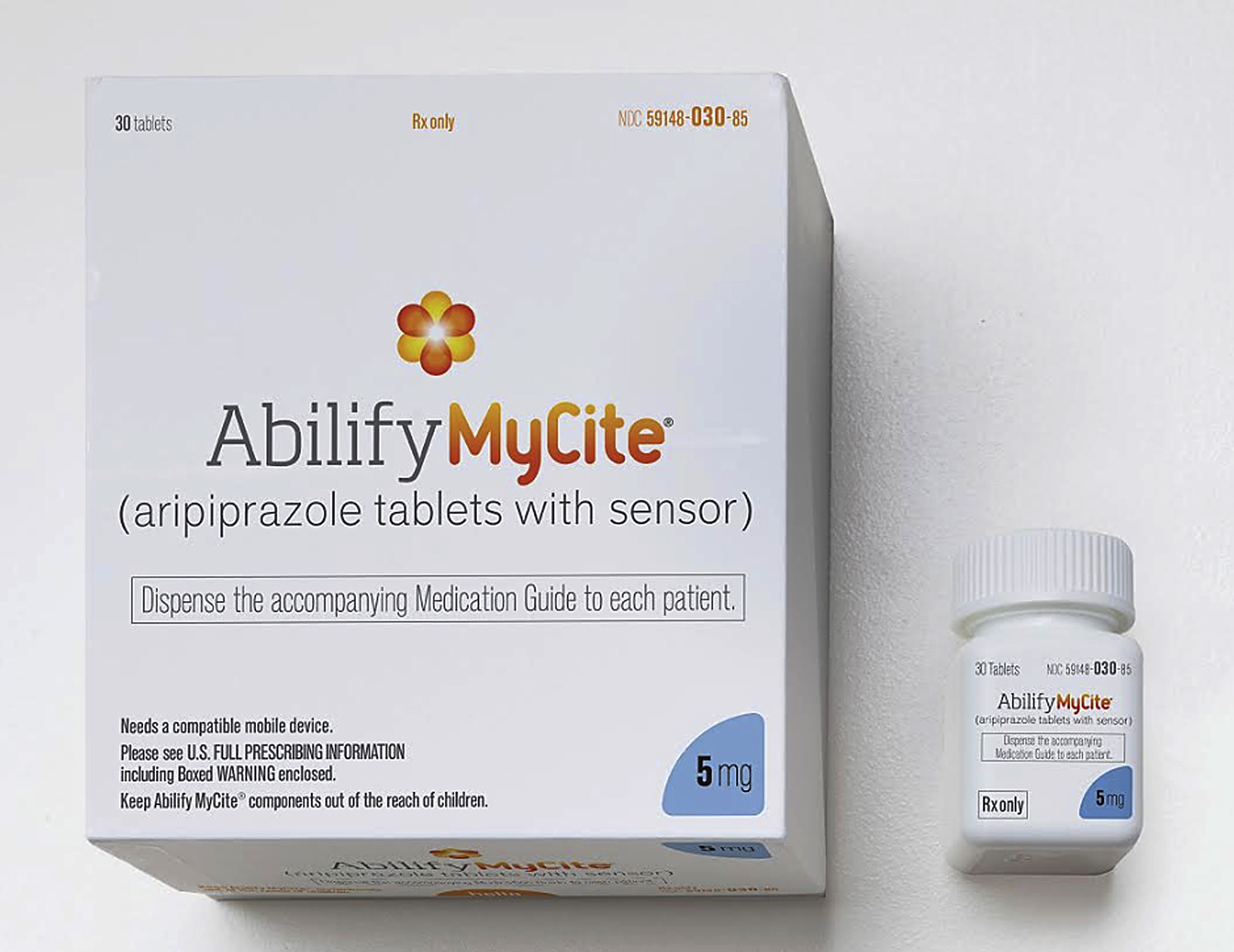 Article Name
Digital Pill Approved?
Description
FDA has approved use of a digital pill with a tracking sensor inside it to monitor patients to make sure they don't skip their medication!
Author
Ches Power
Publisher Name
https://magnesiumandhealth.com
Publisher Logo