Here is a child behavior checklist to help you parent your kids.  I know when I was a child, my parents would say.  “Kids of today, they’re so different to when we were growing up”.  They were right of course BUT, we weren’t rude, disrespectful, bad-mannered and insolent like some of the youngsters today.  So why is this? 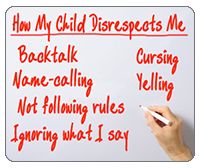 Why are kids so disagreeable sometimes?

Many of you will say it’s because of the age we live in.  Kids grow up quicker and they’re more knowing.  But is that an excuse for them to be so disagreeable and offensive sometimes?  Well, let’s take a look as to why this may be happening.

Kids are no different to any young animal

Young children are no different to any young animal.  They will learn their traits and manners from their parents, the environment around them and others in their circle of friends and family.  They will copy and they will do it well, good or bad.  If it’s bad and you  add in a pinch of technology and an enabling feature, you have the prospect of producing a rude, disrespectful, bad-mannered and unsocial child.  If they continue in this vein and follow gangs or similar peer groups, the prospects for that child could be limited or even dire.

What animal parents do

If a young cub, for instance,  goes too far, mum or one of the other elders, will chastise swiftly, probably with a swipe of a paw or a quick nip.  I’m not advocating that we should take the same action but prompt and consistent discipline is always the key.   Even if you do a good job of parenting and later your child meets up with a peer group as described above, then he/she could be sucked in and despite all your hard work, change into a similar youngster to the peer group members, some ending up incarcerated.

But I’m a good parent!

I’m a good parent, I hear you say, and I try my best to teach my child right from wrong, but it doesn’t always work.  Perhaps your child is talking back to you and he’s only 5! or your little girl is insisting you buy ‘pretty’ clothes for her at age 3!

Is this what’s happening with your child?  You may think you’re doing what’s right for your son or daughter but have you really looked into yourself and wondered if there’s anything you’re doing that may exacerbate bad behaviour.

I want to describe a couple of adverts that are on UK TV at the moment: 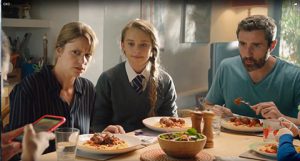 Mum is getting tea and her daughter comes in with a friend.  Daughter tells Mum that her friend is the most popular girl in school.  When seeing what Mum is getting for tea, which is meatballs, her daughter chastises Mum for getting such a poor quality tea for her friend to eat.  Mum looks nervously at the friend and says hello.  The friend is busy tapping her phone and gives a cursory reply.  Tea is served and whilst all the family look on in trepidation, the friend starts eating the food, she then starts using her phone.  Mum asks her daughter what she is doing.  The daughter checks her phone and declares that her friend actually likes the meal!

So what’s wrong with this advert?

So what’s wrong with that, you say.  Everything.  Here is a daughter bringing her friend home for a meal and instead of asking Mum can her friend stay for tea, she chastises Mum for the quality of the food she is preparing.  How about this instead:

“Mum can my friend stay for tea, thanks Mum, is there anything I can do to help?  Tea looks delicious.” 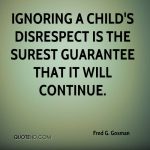 Not only is the daughter to blame for this, Mum is too.  Why is she putting up with her daughter’s rudeness while getting tea for her and her disrespectful friend.  Remember the friend nigh on ignored her because she was busy on her phone. How about this instead:

Mum says hello to the friend and she replies (turning off her phone). “Hello and thank you so much for allowing me to stay for tea.  It actually smells delicious.  Is there anything I can do to help?”

Why is Mum nervous about what her daughter’s friend might think of the food?  Why is the whole family looking at this friend like she’s the Queen?  Why is the daughter and friend allowed to use their phones at the dinner table anyway?  How about:

Mum declares “tea is served!  No phones at the dinner table please, let’s talk about what you’ve been doing at school today.”

Everyone is at fault here

Father is taking his daughter to school in an upmarket new car.  As he approaches the school she looks down her nose at her schoolmates and gloats out of the window, whilst they are gorking at the car and at her in envy.  Dad says goodbye to his daughter and goes to give a high five.  She looks at him disdainfully, rolls her eyes and gets out of the car without a word.  Meanwhile, another girl is cringing in the back of an old car as her mother stops to let her out.  The schoolgirl opens the door slowly, bending down so nobody can see her.  She is ashamed of the family car and quickly darts towards a bush to avoid her friends seeing her. 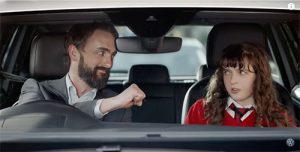 So what’s wrong with this? Again, everything.  Both kids are being rude and disrespectful to their parents.  Neither thanked their parents for dropping them off.  Both parents are condoning their child’s rude behaviour and the materialistic theme in this advert is giving the wrong message to all those watching, especially those kids that are impressionable and we know most of them are.

The second schoolgirl is embarrassed by the financial situation of her family, which she thinks is shown by their old car.  There is an inference that this child will be ridiculed by her peers and this perceived threat could very well influence children watching this advert.  Also it is implied that the first schoolgirl will climb the social ladder at school purely because her family has a posh new car.

Advertising agencies should be monitored

This is what the media are putting out for our children to learn.  Don’t condone this kind of advertising.  The image shown was published in French Vogue and IMHO should be banned.  Let your children know what you find unacceptable and tell them why.  Make sure your son and daughter have respect for themselves and are confident in how they look.  Let them have a childhood, they will have to grow up soon enough.

If you don’t keep on top of your child’s behaviour,  you could be letting yourself in for a whole lot of trouble.  Kids model their rude behaviour around what they see and hear.  They are like sponges.  They watch everything you do and hear everything you say.  They will mimic good and bad behaviour from whoever is around them be it you, movie stars and pop stars, adverts and games.  Don’t condone bad behaviour and language from a cute toddler by giggling and tittering.  They will immediately cotton on that they will get attention from this conduct and you will regret it when they get older and their rude and disrespectful behaviour becomes a serious issue.

This advert is unbelievable!

I downloaded this advert for a Smart car and was quite appalled at the laughing and sniggering going on in the background as these little innocents were spouting off all their profanities.  Quite an eye opener when one of the parents asks his child where he got his bad language from!

An example of learnt behaviour.

I found this story on the web.  A doctor visiting a sick child asked the Mum how long the child had had his stomach ache.  The little boy was playing a video game at the time.  Mum answered the doctor “about 2 days”. The child piped up “Shut up, mom. You don’t know what you’re talking about.” and gave a snorty laugh without looking up from his game.  Where did he learn this behaviour from?  Thankfully, not all children are like this.  There are many courteous, confident, happy and respectful kids around, even from a similar income family of same race and ethnicity.  The difference is in the parents and how they parent.

So what do you do that your kids will copy?

If you do any of these things, Your children will pick it up.  Even if you think they’re not listening or paying attention (which they usually are),  you must expect them to copy:

Ironically youngsters (and adults) are now lacking in communication skills because they rely on their mobile phones to communicate.  You cannot communicate properly with anyone unless you can at least hear the intonation in their voice or you’re face to face and able to watch body language and facial expressions.  Texts and messages can be misinterpreted as rude or insolent, even if the writer had no intention of being so.  Social media such as twitter and facebook are good examples. 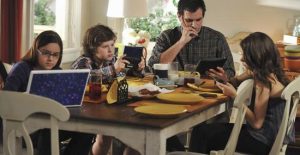 Parents often ignore their children during meals, using their smart phones or other devices. In the end, everyone in the family is concentrating on their mobiles or tablets, encapsulated in their own little worlds, ignoring everyone else in the room.  Tech etiquette should be imparted to children by their parents otherwise negative signals and poor standards will be laid down.  Rudeness by kids, is learnt behaviour, mainly from their families and later reinforced by their peer groups at school.

Get your child back on track

So where to start to get your child back in the fold.  A good place would be at the dinner table where there should be no phones or tablets for you or your kids.  Teach your child the art of conversation, talking face to face.  Control your child’s use of social media, TV and video games.  In fact, anything with a screen!  Make sure you’re in charge.  You are the parent, make sure your child is the child. 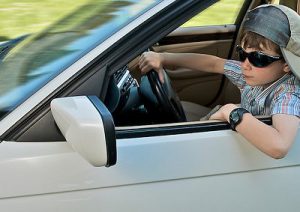 Don’t allow your child to disrespect you or any other person by being rude and insolent. Kids have a habit of calling parents, siblings and friends, derogatory or belittling names

and phrases such as ‘don’t be stupid’.  This is not acceptable and a child calling their parents’ names or calling them ‘stupid’ or swearing at them should certainly not be rewarded by laughing and accepting their behaviour as cute!  Or worse ignoring it.  You’re in charge, you’re the parent, activate your parenting skills now, if you don’t, you can expect trouble! 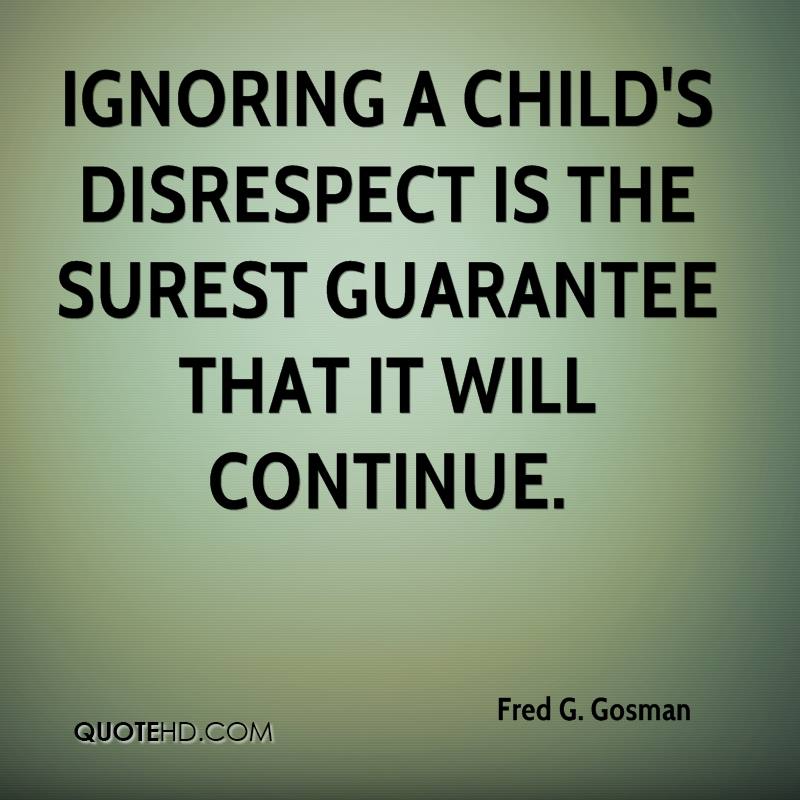 Article Name
Child Behavior Checklist
Description
I know when I was a child, my parents would say. "Kids of today, they're so different to when I was growing up". They were right of course BUT, we weren't rude, disrespectful, bad-mannered and insolent like some of the youngsters today...
Author
Ches Power
Publisher Name
https://magnesiumandhealth.com
Publisher Logo