In Flight Safety Part 1, I covered how the side effects of aspartame could actually cause problems for pilots and crew. Flight Safety – Pilot Error discusses those pilots you have suffered from the affects of aspartame. Captain Clayton Osbon suffered a mental episode and has now lost his livelihood and has been vilified and treated abominably because of an illness that was not his fault.  How unfair!(See Part 3 and the Epilogue here)

Captain Osbon is suing the airline JetBlue for failing to do anything about his behaviour, which he had no control over.  He gave plenty of clues of him suffering a brain seizure by being out of character, missing a preflight meeting and turning up disheveled, disoriented and slow to respond.  This behaviour was apparent from when he first arrived and throughout preflight, boarding and flight checks.  He should have been pulled from the flight and health checked.  Captain Osbon decided to sue the airline after the the crash of Germanwings flight in the French Alps, which killed 150 passengers and crew.  The pilot downed the plane deliberately.

Dr Bill Deagle who has been a civil aviation examiner, has examined pilots who have suffered seizures and other problems causing a lack of judgment, he states:

“I have been a civil aviation examiner and have personally examined pilots who suffered dangerous absence seizures, blackout and dangerous lack of judgment. It was an unwritten rule that Aspartame was not to be used at the Air Force Academy in Colorado Springs and most commercial pilots knew of the danger years ago of this excitoneurotoxin.”

Do modern pilots know the dangers?

We are now in 2019, so what’s happened over the last 20 odd years?  It would appear all has been forgotten and pilots, crew and passengers are still at risk.  The media, governments, the FDA, the manufacturers and all those to do with getting this toxin onto the market and who are lining their pockets, have done a brilliant job at keeping the public in the dark.  This being at the expense of public health and the public purse.  When will the truth about this dangerous fiasco, be realised by the public at large?

Beware everyone, but particularly you pilots and pregnant mothers! You both have others on board!

I give below a list of all the commercial accidents between the dates of 1994 and 2014.  This period seems to have been forgotten when it comes to knowing the adverse affects of aspartame on pilots and crew.  Some of these pilot errors just don’t make sense.

Here is a useful app written by Captain Pat Boone could be useful, especially if you’re a pilot or crew member.

The last item I think is vital for any pilot to check before he/she embarks on a flight with so many souls in their hands. 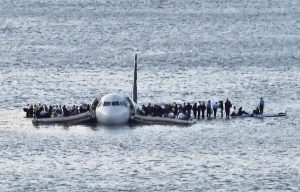 There are some amazing pilots out there.  How about Chesley Sullenberger who gently ditched his stricken plane into the Hudson river with no fatalities.  I think most pilots have the ability and skill but other factors are interfering with their job.  One is fatigue, another is pressure and a third, aspartame, could add to these problems, compounding what a pilot already has to contend with.

But mistakes do happen 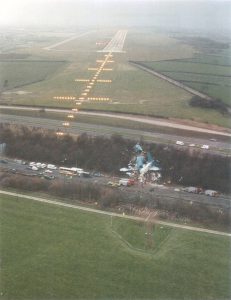 Then there’s the 1989 British Midlands Flight 92 crash, known as the Kegworth air disaster.  Thinking he knew the plane, the captain presumed that the smoke in the cockpit was coming from the right engine which bleeds air for the air conditioning in variants of Boeing 737 and he consequently shut it down.  However, this new variant Boeing 737-400 bleeds air through both engines for the air conditioning; it was the left engine that had failed.  Shortly thereafter the plane lost all power.

The captain was in the process of checking his decisions when he was interupted by a transmission from East Midlands Airport informing him he could descend to 12,000 feet (3,700 m) ready for landing.  The crew gallantly tried to glide down to the runway, missing it by a few hundred metres as shown in the picture.  Amazingly there were survivors but 47 out of the 118 on board died. The two pilots survived with serious injuries, but both were dismissed.  These were good pilots, trying to think quickly in a dire situation but the captain took something for granted, easily done.

You may not have realised that there have been so many aircraft accidents over the past 20 years.  What is shocking is the amount of recorded pilot errors.  I just don’t believe that all these pilots are so incompetent.

Fatigue must be a factor but…

I think fatigue has much to do with it but also some of these professionals will be consuming diet food and drink laced with aspartame.  When they do, they are more at risk of having side effects from this chemical concoction.  Even without fatigue, they will be more susceptible to loss of mental acuity, impairment of vision, seizures, serious headaches, brain fog, tremours, confusion, anxiety, personality changes, phobias, the list extends to 92 side effects and adverse reactions.

The General Aviation News told of “pilot George E. Leighton experienced blurred vision so severe he was unable to read instruments on his panels and narrowly avoided a tragic landing after consuming two cups of NutraSweetened hot chocolate prior to his flight.” George Leighton wrote a letter to the editor of the USAF Flying Safety magazine after they published an aspartame warning to all Air Force pilots. Below is part of the letter “Let me ask you a question.  If you became aware of a component of every Air Force aircraft which was subject to sudden, catastrophic in-flight failure, would you simply write an innocuous ‘heads up to pilots’ at the end of an obscure article in your magazine?  Of course not?  You would take immediate emergency action to ground all aircraft until the safety-of-flight item was removed.  Aspartame (NutraSweet/Equal) is that safety-of-flight item!”

He finishes his letter with:    “My immediate, personal goal, however is to have all pilots informed of the potential safety-of-flight hazard posed by Aspartame. At least, they could then make an informed decision whether they wished to risk their lives and careers by playing airborne Russian roulette with Aspartame-laced products. Of course, a more appropriate question may be asked: ‘Should pilots even have this right, when other people’s lives are at stake?”

Collapsed during a charter flight above the Bering Sea.  He was out for at least 5 minutes, meanwhile a passenger took the copilot seat and got radio help from a naval ship. He says:  “In one day I went from being one of the senior pilots, to being not only unemployed, but also unemployable and seemingly unwanted, my career stripped away forever. Words alone cannot describe the magnitude of the void that now flooded my life. And, all because of a sweetener? How sad.”

You can read the full versions of these two pilots’ plights here: 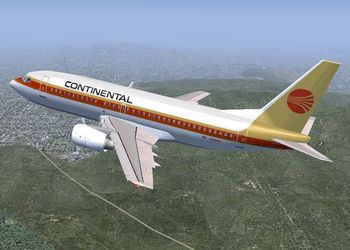 Former USAF and Continental Airlines pilot Haynes Dunn says that aspartame ruined his career.  He suffered a grand mal seizure in 1990 which resulted in his flying status being automatically terminated.  He states that he is not an epileptic and only has seizures when he consumes food and drink containing aspartame.

Pilot Charles King had similar symptoms to Major Collings (see Flight Safety Part 1), only suffering them during his use of Aspartame products. The FAA revoked his medical certificate when he told of his problems but despite losing his licence for a few years, King managed to get it back.  Regaining a licence to fly after a serious medical issue, is very rare. 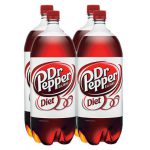 Captain Sells wrote this to Mary Nash Stoddard ”Thank you very much for the information. You have just ruined my four bottle day “Diet Dr. Pepper” habit.  I have seen others suffer from severe headaches using NutraSweet. I had no idea it caused so many more problems. I’m done with artificial sweeteners. I’ll start reading labels and protecting my health better. I certainly don’t need these chemicals. All I’m doing is fooling the taste buds as it passes through the mouth.  I see symptoms listed that bother me as I go through my day, diet soda in hand.  I’ll expect improvement and think of your wake up call as it happens.”

Why are pilots still ingesting aspartame?

Although in the last century pilots were advised to lay off the diet sodas etc., in our modern day, this seems to have been forgotten.  I think it would be quite reasonable for future passengers to hand over a request to their pilots and crew asking that they do not consume diet sodas and other products containing aspartame before and on their flight.  If this was done by even some passengers, perhaps it would make pilots and flight attendants think.

Who do you believe, big pharma?

There are always two sides to every story but the problem with aspartame is, those telling us that it is safe have a vested interested in it.  They are gaining billions of dollars every year by the sale of this concoction to you the consumer.

Or those who have nothing to gain by informing you?

On the other hand, those who are alerting you to what’s going on, have no axe to grind and have nothing to gain by imparting this information.  These independent doctors, researchers and others and the above pilots, are just trying to give you the facts so you can be aware about this artificial sweetener and decide whether you want to consume it and give it to your family and loved ones.

My next post will be looking more closely at just one year of aircraft accidents, the year 2015.  I chose this year because any later, the accident investigations would not yet be complete in most instances. The majority of the investigations for 2015 have been finished and reports available.

If you are a pilot, or a have a pilot in your family, we would be interested to hear your views.  Perhaps you are a steward or stewardess or other member of the flight crew.  Do you know of anyone who has had an episode whilst on a flight.  Do you know any pilots

and crew that ingest diet products on a daily basis such as diet coke, sprite, pepsi, chewing gum, equal etc..  Aspartame is everywhere and it is difficult to track which foods you are consuming that have aspartame in them, after all there are over 6,000 of them! 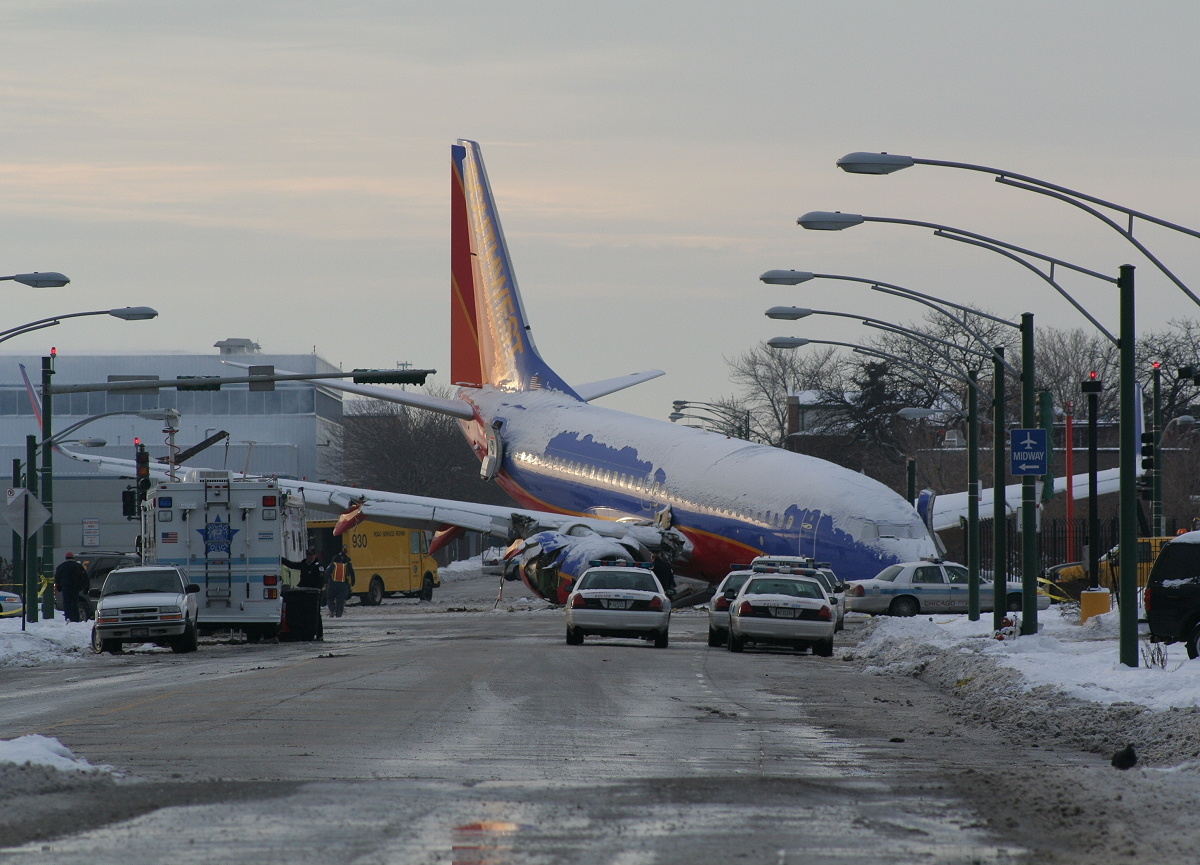 Article Name
Flight Safety - Pilot Error?
Description
We are now in 2019, so what's happened over the last 20+ years? It would appear all has been forgotten and pilots, crew and passengers are still at risk.
Author
Ches Power
Publisher Name
https://magnesiumandhealth.com
Publisher Logo