I checked out a google search where I just put in ‘doctors are’ and was quite surprised to see the suggested answers by google to this question.  This would indicate that the general public are putting there own ending to ‘doctors are’ which may be quite a surprise to some of you.

Here is a screenshot of what I mean:

The second and third suggestions are quite an eye opener and indicates that many people do not trust doctors and/or have had a bad experience with a medical practioner.  The suggestion that ‘Doctors are Dangerous’ is really worrying and many doctors would find this quite upsetting.

I then looked at the bottom of the search page and was again surprised to find these searches related to “Doctors are”: 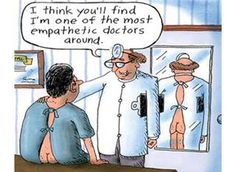 Unfortunately, there is no indication of what age group thinks what about the medical profession. However, going by my research and talking with friends and relatives, it would appear it is the younger generation who seem to be most suspicious of their doctor.   Many of them seem reluctant to seek the services of their medic when they are unwell.

Those with an older parent may have misgivings

Middle aged people often have misgivings about doctors, relating to experiences with an older parent. They considered their loved one to have been badly treated, even to the extent of accusing the hospital or doctor of shortening their lives.  Giving inappropriate medication, not giving proper care and being derelict in their duty is another complaint!

As far as the UK is concerned there is a real problem with the health service.  It is stretched to its limit and those that suffer most are the patients.  This is what relatives are seeing when they are visiting their loved ones in hospital.  They often find themselves having to do some of the chores that nurses usually do.

Family cared for Mum in hospital

This happened to me when my Mum was in palliative care in a hospital here in Wales, UK.  She was supposed to be on morphine at all times, to control the terrible pain she was suffering.  The first thing that happened is when my daughter went to visit her just after her surgery for a broken hip.  The woman opposite Mum was ringing the bell when my daughter arrived.  My daughter found Mum vomiting and she immediately tried to sit Mum up, as she was aspirating fluid.  Mum was slumped to one side and the woman opposite was continually ringing the emergency bell.  We turned up when this was happening and immediately went to find help. 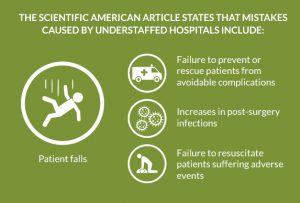 From recovering to palliative care overnight!

Of course, it was too late, Mum had aspirated too much fluid and now had aspiration pneumonia.  The woman opposite had a go at the nurses asking why they didn’t answer the emergency bell.  The nurses were rude to her, despite this woman trying to do her best to help a fellow patient.

Where was the after op care?

We were aghast at the incompetence.  We insisted Mum was moved into a private room.  The next day the care providers decided she needed to be on palliative care as she had no hope.  So Mum goes from recovering from a hip operation to palliative care overnight, all due to lack of care.  I thought it was standard practice to watch patients after surgery because aspiration pneumonia is a real problem, especially with the elderly and after surgery because of the likelihood of this deadly complication.

Because Mum did not have this fundamental care, she died unnecessarily.  Aspiration pneumonia was the cause of death on her death certificate.  As well as this, her medication was not always given or given incorrectly and she suffered much pain because of it.  In the end, we as a family had to take turns visiting the hospital day and night to check and make sure the morphine hadn’t run out.  Each time it did, we had to go find a nurse to administer more morphine.

One time we turned up and Mum was crying out in pain. You could hear her from the corridor.  Her morphine had run out again.  Another occassion in the middle of the night, we found Mum’s morphine tube was pinched in the box that held the syringe drive.  Hence, no morphine was being administered.  It took ages for us to find a nurse with the authority to fix this error.  Mum’s hospitalisation was a nightmare for her and all the family from start to finish.

Here’s another google search for you:

It would appear that the whole medical profession including doctors, nurses, hospitals, clinics etc., are under suspicion by many and are deemed to be untrustworthy.  I certainly agree with that premis going by my own experiences.  I can’t be the only one who has had unfortunate dealings with the medical profession.

Doctor had no sensitivity 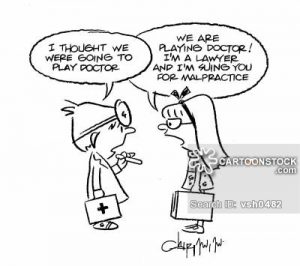 Concentrating on doctors, I have had quite a few experiences that have upset me. One was my Dad who after going to his doctor because of bowel problems, was told – ‘well what do you expect at your age.’  Dad came home with that little gem and when we asked him what the doctor prescribed, he said.  ‘The doctor told me not to take ‘imodium’ but did not suggest anything else.’

Dad gave up because of doctor’s attitude

Dad said the doctor was right, he was too old to have treatment and he shouldn’t expect it at his age.  What a crock!  This Dr destroyed Dad with his ageist views.  Dad just gave up after that fateful visit.  He deteriorated rapidly and died in hospital a short while after.  He was put on morphine and died within a week.  This was a proud brave man who fought in WW2 driving an ammunitions truck through enemy lines at just 20 years of age.  He was the only survivor of his platoon out of Dunkirk.

It was as though he was written off because of his age.  He was actually a very strong man.  His heart was strong with no disease.  His father died at age 99 years and his grandfather died at 100 (he was run over by a tram!).  Dad died at 91.  Who says people are living longer! As far as I’m concerned, Dad was maltreated by his doctor who could at least have had a sympathetic bedside manner and be more encouraging.  Telling someone ‘what do you expect at your age’ is contemptible!

As I get older…

As I get older, I keep away from doctors and hospitals as much as possible.  I know if I visit a doctor, the first thing that’ll happen is I’ll get prescribed a BP drug, then I’ll be given a statin.  Both medications would be unnecessary for me and are probably unnecessary for many of my age.  My BP is fine and from research, statins should rarely be prescribed to women anyway. 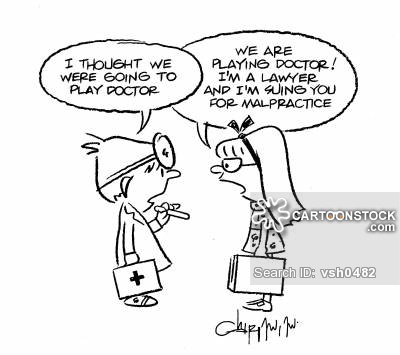 Article Name
Doctors are...not to be trusted?
Description
Google's suggested answers for a search "doctors are" may surprise you. It would seem that many people are suspicious to say the least, of their doctor.
Author
Ches Power
Publisher Name
htps://magnesiumandhealth.com
Publisher Logo

2 thoughts on “Doctors are…not to be trusted?”