In March 2015 the International Agency for Research on Cancer (IARC) which is a division of the World Health Organisation (WHO) stated that Monsanto’s herbicide known as Roundup  is a Class 2A which indicates a “probable carcinogen”.  This being due to the active ingredient within Roundup which we know as Glyphosate.

This is a determination that has not come too soon and must be a blow to Monsanto and other chemical companies.  It will herald the way for all foods containing this poison to have to declare the danger to health on warning labels.  Some of the population have not even heard of this carcinogen and need to be informed how dangerous it is to consume this toxic chemical.  The problem with Glysophate is that it cannot easily be removed or washed away and will remain in the food for more than a year. 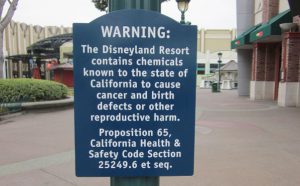 The IARC is deemed to be the gold standard for carcinogenic studies and is one of the agencies which the California agency of Environmental Hazards gets its data for Proposition  65.  California’s Proposition 65, also called the Safe Drinking Water and Toxic Enforcement Act, was enacted in 1986. It is intended to help Californians make informed decisions about protecting themselves from chemicals known to cause cancer, birth defects, or other reproductive harm.  Unfortunately, Prop 65 is not taken seriously by many residents because the most spurious and unlikely of items are often labelled with Prop 65 including this Disneyland resort!  Ridiculous labelling like this, just serves to disguise those chemicals that are really hazardous to our health.

Another problem found through research is that Roundup appears to boost antibiotic resistance by switching on a set of genes in the bacterium. This allows it to become more 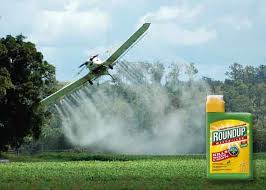 resistant to antibiotics.  E. coli and salmonella were specifically named as candidates for this antibody resistance.  These two bacteria are responsible for numerous cases of illnesses from food.  Agricultural and residential applications are levels of exposure which would allow this switching-on to occur.

Monsanto’s Roundup is one of the most commonly used herbicides in the world, with around one billion pounds of the stuff sprayed on crops each year.  This means that the population is eating glyphosate contaminated food regularly. 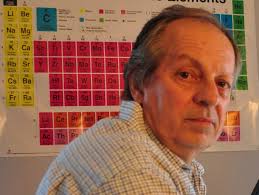 A research scientist and chemist Dr Anthony Samsel who has had first hand experience of this chemical, remembers how his health started to suffer after using the chemical on his farm back in the 1970s and 80s. when it first came on the market.  He says: “I believed the hype like all the other farmers and people around the world do, that glyphosate is as safe as salt and that it broke down into harmless chemicals that did no harm. I believed all that stuff until I started studying the chemical.  Being a research scientist, a chemist, I knew what to look for. Having worked in public health, I was familiar with how chemicals had effects on the human body and on animals. So I started approaching it from that aspect.”

He explained how he had run out of coyote urine which was effective at deterring deer from eating his crops.  So he used his own urine and was surprised to notice that where he’s sprayed it, weeds were dying.  No Roundup was sprayed there and he realized his own urine was acting like a weed killer!

He did some controlled experiments with other plants and the same thing happened.  He then started to look at his diet.  He realized that he may be contaminated because he was using glyphosate on his farm.  He then realized the implications for GM crops which used Glyphosate for weed control. 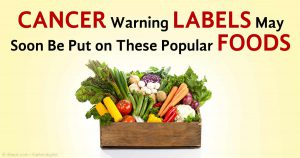 USDA not testing for glyphosate

Dr Samsel starting looking for information and data on testing the effects of this chemical.  Testing for glyphosate is an expensive process which was the excuse given by the US Department of Agriculture (USDA) for not testing for it so there were no data to find.  Dr Samsel did evendually convince the USDA to release results of some tests done back in 2011.   400 samples of soybeans were tested and it was found that more than 90% of the soybeans had glyphosate residue in them.

Dr Samsel continues “I started looking at the data. I noticed that the amount of aminomethylphosphonic acid (AMPA), which is the metabolite of glyphosate, was greater than that of the glyphosate itself.  If you analyze the glyphosate, you’re going to get glyphosate if the residue is in the crop, but you’re also going to get the metabolite AMPA. But looking at the numbers, they just didn’t make sense. I believed they’ve cherry-picked the data so that the data didn’t exceed the [Environmental Protection Agency] EPA residue limits,”. 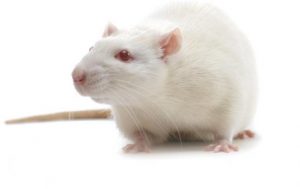 Dr Samsel asked the EPA for documents relating to Monsanto’s research, mostly done by outside contractors.  Studies started in the late 1970s and finished around 1983 when the chemical was registered.  Dr Samsel was curious as to what Monsanto knew about glyphosate from their research.  At first the EPA refused Dr Samsel access despite him being a research scientist.  Senator Shaheen’s office in New Hampshire persuaded the EPA to release the documents.  They were not to be shared with foreign nationals under penalty of law.

Monsanto knew about cancer risk in 1981

Thousand upon thousands of documents were included with data on research done on laboratory animals.  Monsanto knew in 1981 that glyphosate caused adenomas and carcinomas in the rats they studies.  The highest incidence of tumorigenic growth occurred in the pituitary gland, second was in the mammary glands of female rats and thirdly in the testicles of male rats. 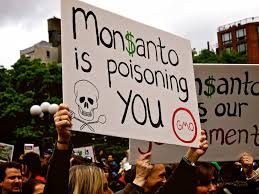 Monsanto is trying to get the IARC’s determination that glyphosate is a Class 2 “probably human carcinogen” retracted, this despite their own research and obvious knowledge of the serious affect this chemical has on laboratory animals.

Research has shown that lower doses of glyphosate can have a greater effect than higher doses.  These doses are similar to the glyphosate levels found in soy, corn, sugar and wheat in the American diet.

According to Dr Samsel “There was some work that was recently done where they looked at the CT scans of patients who had thyroid disease and also found that they had thymic hyperplasia.  Well, guess what? In the rat study, they found high incidence of thymic hyperplasia as well as thyroid adenomas and carcinomas.  If we don’t take this chemical out of the food supply, everybody will be affected.  Everybody that is eating the Western diet. Everybody!”

You have been informed!

You have been informed, take note and take action!  Don’t be a victim!  Eat as much organic as you can afford. Don’t use Roundup, don’t support Monsanto.  It would appear the only way to be safe in this world is to grow your own food, treat yourself when you’re not well and try not to breath to much!!

Article Name
Monsanto and Cancer
Description
In March 2015 the International Agency for Research on Cancer (IARC), stated that Monsanto's herbicide known as Roundup is a Class 2A which indicates a "probable carcinogen".
Author
Ches Power
Publisher Name
https://magnesiumandhealth.com
Publisher Logo

8 thoughts on “Monsanto and Cancer”