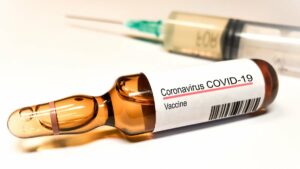 Roll up, roll up, roll up your sleeves. You’ve been champing at the bit to be first in line for one of the new vaccines. Don’t worry, if you want it, you’ll get it no problem! You don’t have to be concerned with the safety issue either. The government has said on its webpage that the treatments are all completely safe.

Of course, the vaccine manufacturers will do exhaustive tests to make sure that you, the customer, will not be harmed by their wonderful life changing, obscenely profitable, vaccine. The vaccine that will get your life back to normal? Yes, I am being sarcastic, the lowest form of wit I know, but I am really exasperated by all the COVID hype and fear-mongering which is pushing people into considering a new fast tracked vaccine.

Vaccine manufacturers have been trying to successfully produce a coronavirus vaccine for decades. All attempts have failed with some disastrous results.  Why risk vaccine damage. Why not instead, treat sufferers with one of the 3 safe and effective (unpatentable) treatments. Why not strive for natural herd immunity such as Sweden’s action plan which has brought them successfully through and out the other side, with minimum effects on their economy and their peoples’ sanity!

Those who don’t know me, will call me an anti-vaxxer! Thing is, I’m anti any treatment that has not been thoroughly safety tested, so if you want to call me an anti-vaxxer, that’s fine! But it’s not so much a problem with vaccines, it’s more to do with a problem with vaccine manufacturers, ie. the pharmaceutical industry and their consorts, most of which seem to be multi-millionaires or even billionaires. Why do you think they are so rich and powerful? 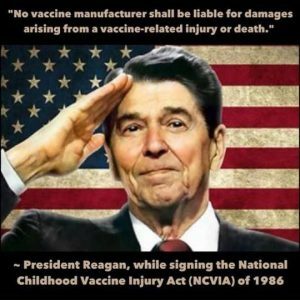 It went downhill after 1986

From the year 1986, things went seriously awry with vaccine production. Why? Well, the vaccine manufacturers were given complete immunity from being sued or brought to trial, if one of their vaccines caused death or damage to a recipient. This gave the pharmaceutical industry carte blanche to churn out vaccines without worrying about safety testing. By the late 1980s, the incidence of childhood illnesses started to rise at an alarming rate. Is this a coincidence?

Despite vaccines being touted as completely safe with no serious side effects, the National Childhood Vaccine Injury Act was also brought into force in 1986. It does seem odd that such an act has to be brought in to compensate those children damaged or killed by these completely safe vaccines.  It is a misnomer!

I do not trust the pharmaceutical industry

The reason I don’t trust the pharmaceutical industry is their modus operandi. The be all and end all of their business is to make huge profits. That’s OK in itself. Those in business need to make good profits. But for most of us, if something we produce causes harm or death to a customer, we would be devastated. Unfortunately, with the drug industry, the only thing that will devastate them is if their bottom line is in danger. Killing and maiming their customers is not a problem, especially if they can get away with it legally.

With vaccines, they do get away with it!

With a vaccine, if it causes damage or death, no blame is laid at the door of the company that produced that vaccine. They get off scot-free. On the other hand, if they produce a product, other than a vaccine, which causes death or damage, they could be taken to court. Even so, not one person from the pharmaceutical company breaking the law, will be given a prison sentence. They will just get a hefty fine, which is nothing to a company which makes billions each year.

What punishment is given to those who kill?

If we kill someone, we will get a much deserved prison sentence and in some countries, the death sentence. If a pharmaceutical company kills thousands of people, they will get a fine. Is that right and just? Out of interest, here are the top 10 Pharmaceutical Companies by Revenue: (Beckers Hospital Review)

The progress of 6 of the COVID-19 vaccine front runners

Below, I have looked at 6 of the front runners for a possible COVID-19 vaccine. Also, there is some extra information on them which gives you an idea of their  trustworthiness. 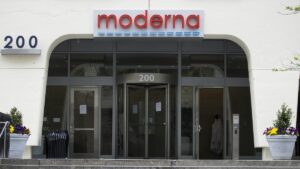 100% of Moderna participants suffered side effects

Bill Gates visibly struggled to manoeuver through the pointed questions posed by CBS about the safety of the Moderna COVID-19 vaccine (currently known only as mRNA-1273). This was recently found to cause systemic side effects in 80% of Phase 1 participants receiving the 100 microgram (mcg) dose. Side effects ranged from fatigue (80%), chills (80%), headache (60%) and myalgia or muscle pain (53%). After the second dose, 100% of participants in the 100-mcg group experienced side effects.

In the highest dosage group, who received 250 mcg, 100% of participants suffered side effects after both the first and second doses. Three of the 14 participants (21%) in the 250-mcg group suffered “one or more severe events.” A severe event is explained here by the FDA.

Bill Gates stated, “None of the vaccines at this point appear like they’ll work with a single dose,”

He continued to say that “unbelievably big numbers” of doses were needed and predicted that 80% of the global population needs to be vaccinated. So yes, we’re talking about tens of billions of doses. I wonder how much money these billions of vaccines will make the pharmaceuticals and the already obscenely rich billionaires, especially if you need two doses to start and then a dose every year? What a money spinner – the rich get richer…

Pfizer’s vaccine candidate – for now just called BNT162b1 was said to have – “elicited a robust immune response in participants, which increased with dose level and with a second dose”

This was according to a news release from the journal Nature, which published the trial data on Aug. 12. The new trial involved 45 healthy adults between the ages of 18 and 55. Half were randomly selected to get the vaccine at a low, medium or high dose, while the other half got a “dummy” placebo shot.

According to Nature, the shot was “generally well-tolerated,” although some recipients did have some transitory side effects such as soreness at the injection site, fatigue, headache, fever and sleep woes. Those tended to clear up within a week of vaccination, the researchers said. Do they know how the recipients will respond when given the wild virus I wonder?

How about Pfizer’s track record?

Should we worry that Pfizer has pled guilty to misbranding with intent to mislead and defraud and promoting a drug with dangerously high dosages. They were fined $2.3 billion.

GSK COVID-19 vaccine development collaboration with Sanofi and Clover Bio pharmaceuticals begins clinical trials. Can we be given a GSK vaccine and be totally confident of its safety? I can find no news as to how their trials are progressing.

Surely, there’s no way, GSK will fail to report any safety data? But what if the vaccine is mandated and we’re all forced to have it without the rigorous testing that needs to be done with a new unproven vaccine. Especially one that may be mandated and fast tracked.  What if some of us become ill or die, from the effects of the new vaccine. If that happens, nobody could do anything about it. You can’t sue the vaccine makers. If you try the Vaccine Injury Compensation Program (VICP,) it is the government you’re suing. Those who are courageous enough to try have a really tough time.

We would have to just accept all deaths and damage because we gave up our human rights to refuse a possible harmful treatment for us, but more importantly for our precious babies and children.

The Astra Zeneca trial has got a problem…

The Oxford AstraZeneca trials has been paused after a participant in Britain showed symptoms consistent with transverse myelitis, a rare neurological disease caused by inflammation of the spinal cord. But never mind, it’s only one person with a serious reaction. I think she’ll be out of hospital soon. Meanwhile here are 3 of Astra Zeneca’s illigal acts.

Astra Zeneca has been fined $355 million for Medicare fraud!

In 2010 AstraZeneca agreed to pay £505 million to British revenue authorities to resolve a dispute related to the company’s use of transfer pricing techniques to reduce its tax liability.

If you were an elderly patient or had elderly relatives, would you trust this company to look after you and your family after it was guilty of giving drugs ‘for uses not approved as safe and effective by the FDA, targeting elderly dementia patients in nursing homes’.

Merck & Co. has now started testing its experimental Covid-19 vaccine candidate V591 in healthy volunteers. The Phase 1 / 2 trial, which will take place in Belgium with 260 enrolled subjects, was reported by Merck on a government database and confirmed by the company, says the Wall Street Journal.

Merck agreed to pay a fine of $950 million related to the illegal promotion of the painkiller Vioxx, which was withdrawn from the market in 2004 after studies found the drug increased the risk of heart attacks. The Vioxx scandal resulted in many thousands of deaths

Merck knew about the cardiac problems

It was proven that Merck knew about the problems of the drug causing heart attacks but chose to ignore it and license the drug anyway. Cardiologist Eric Topol of the Cleveland Clinic testified that drugmaker Merck had scientific evidence of Vioxx’s cardiac hazards as far back as 1999 — well before it pulled the drug from market in September 2004.

Part Two of Roll Up, Roll Up

In Part Two of this article I will reveal some of the problems that could occur with the production of a Coronavirus vaccine. You need to be extremely careful and sure that this vaccine will not damage you or your family. You can’t go back once it has been put into your body, so be informed and thoroughly aware. Know what questions to ask of those who administer this vaccine. Insist on a copy of the information leaflet, before you have the vaccination and read it thoroughly. I suspect it will not be offered to you unless you ask for it and even then, they may say there isn’t one!

Article Name
Roll up, roll up
Description
Roll up, roll up. You're keen to be one of the first to get the COVID-19 vaccine. Don't worry, if you want it, you'll get it no problem!
Author
Ches Power
Publisher Name
magnesiumandhealth.com
Publisher Logo