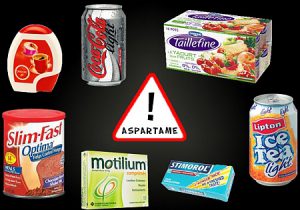 In part 2 of Aspartame Dangers, we will look at the Bressler Report and then the shady attempts to get aspartame approved.  As we know these duplicitous tactics have worked and now aspartame is consumed by billions of people worldwide.  How many, I wonder, are suffering because of their instake of this chemical, not realising what’s making them sick.  Here is Part 1 and Part 3

In 1977, over a period of 5 months, another report known as “The Bressler Report” was instigated to investigate procedures of Searle research because of inconsistencies found by the FDA.  The report was damning with 40 different parts of the research found to be lacking in areas of:

For instance under Gross and Microscopic Pathology:  “Animal F6HF, a high dose female,was found dead at 787 days of treatment and the gross pathology sheet reported a tissue mass measuring 5.0 x 4.5 x 2.5 cm.  The submission to FDA reported no tissue mass and the animal was excluded from the study due to marked autolysis.” (postmortem changes after death).  A total of 20 animals were excluded from the study due to excessive autolysis.  Of these, 17 had been fixed in toto and autopsied at a later date.

Under Design & Conduct of Study: “Observation records indicated that animal A23LM was alive at week 88, dead from week 92 through week 104, alive at week 108 and dead at week 112.”

Under Clinical Laboratory Procedures: “Some of the data sheets for urinalysis had erroneously labeled the phenylketones test values as “phenylalanine.”

This is just an example of the sloppiness of the research done by GD Searle.  In the opinion of many critics, this was more to do with fraud.

The above comes from The complete Bressler Report and is worth looking at.  It is a little difficult to read in places because of the copying but you can see what’s going on here and how Searle attempted to ‘massage’ the research they did on aspartame, with these three different studies, one of rats and two others on mice.  These went missing for 3 decades. 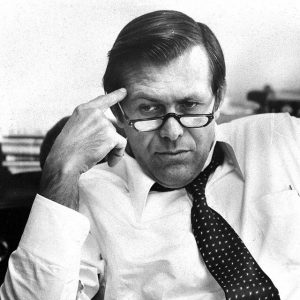 In 1977 Donald Rumsfeld was appointed President of GD Searle.  Attorney James Turner Esq., alledged that this position given to Rumsfeld, was Searle’s attempt  to get aspartame approved through political means rather than scientific.  Rumsfeld was also on the Board of Directors of the Chicago Tribune.  The newspaper had recently written a glowing article on the Nutrasweet Company.

On January 10th 1977, a letter from FDA Chief Counsel Richard Merrill recommended to US Attorney Sam Skinner that a grand jury investigate Searle for “apparent violations of the Federal Food, Drug and Cosmetic Act, 21 USC 331 (e) and the False Reports to the Government Act, 18 USC 1001 for their willful and knowing failure to make reports to the FDA required by the act, 21 USC 355 (i) and for concealing material facts and making false statements in reports of animals studies conducted to establish the safety of aspartame.” 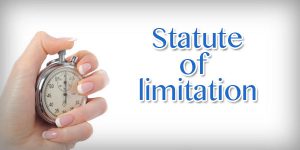 Statute of Limitations runs out

In July 1977 US Attorney Samuel Skinner who was supposed to instigate the grand jury investigation, was recruited by GD Searle’s law firm Sidley & Austin.   US Attorney William Conlon convened a grand jury but he let the statute of limitation lapse for the aspartame charges, thus the investigation was dropped.

After the Bressler Report, HR Roberts, Director of the FDA’s Bureau of Foods created a 5 person task force to review the report.  He would later leave the FDA to become vice president of the National Soft Drink Assn. in 1978.  Jacqueline Verrett was appointed the Senior Scientist for the review.  She later openly discussed the review and testified before the US Senate.  In one of her statements she said “It would appear that the safety of aspartame and its breakdown products has still not been satisfactorly determined, since many of the flaws cited in these three studies were also present in all of the other studies submitted by Searle.” 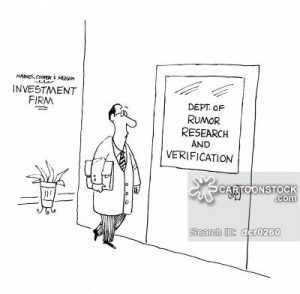 Incidiously as time went by, reviews of Searle’s research started to tone down.  In December of 1978 UAREP ( Universities Associated for Research and Education in Pathology), stated that “no discrepancies in any of the sponsor’s reports that were of sufficient magnitude or nature that would compromise that data originally submitted.”     FDA toxicologist Adrian Gross stated that the UAREP review “may well be interpreted as nothing short of a whitewash”.  It is worth noting that Searle paid $500,000 for outside validation of their studies and it beggars belief that the FDA would allow such an action or take notice of the report results.

In March 1979, the FDA seemed to change their tune and concludes that Searle’s aspartame studies were in fact acceptable!  Under pressure, they did decide however, to summon a Public Board of Inquiry (PBOI) which Dr John Olney and Attorney James Turner suggested 4 years earlier.

Public Board of Inquiry (PBOI)

Dr Olney, Searle and the FDA’s Bureau of Foods were to nominate scientists for the 3 person PBOI.  Note that the scope of the review was very limited and did not encompass all the various adverse reactions reported to the FDA.  Validity discussions were not allowed as the FDA had already accepted that the experiments had been validated.  Also consideration was to be for aspartame in dry goods only.

Dr John Olney objected to the panelists (Dr Vernon Young) because of a conflict of interest and lack of qualifications.  Dr Young had written articles working with Searle scientists.  Also that a neuropathologist was necessary to question aspartic acid’s neurotoxicity and Dr Young was unqualified in this field.  Dr Olney’s objections were overruled and Dr Young was assigned to study aspartic acid toxicity!

One of the three, Dr Nauta, stated that he would definately have considered other tests and research should be done if he had known that aspartame was planned for soft drinks usage.

PBOI rejects the use of aspartame

In 1980, the PBOI unanimously rejected the use of aspartame until additonal studies on aspartame’s potential to trigger brain tumors was done.  One experiment E33/34 of 320 rats receiving aspartame and the consequential high incidence of tumors, was of great concern.  As was the E70 experiment where 80 rats received aspartame but both the aspartame group and the control group had an unusually high number of tumors, leading to suspicions that both groups were actually given aspartame.

Although the PBOI did not consider that aspartic acid was a neurotoxic hazard, Dr Olney pointed out that “[Dr Young had a] lack of qualification” and that he “based his decision on a consideration of [aspartic acid] alone without regard to the real issue, ie. is it safe to add [aspartic acid] to the large amount of [glutamic acid/MSG] that were already adulterating the food supply?”  Also Dr Young used a conservative safety plasma level of aspartic acid that was the level at which half the rats developed brain damage.  Dr Young’s errors put the question of safety of aspartic acid into doubt. 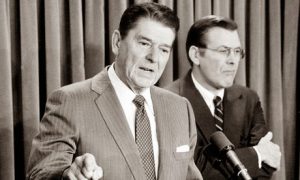 On 20th January 1981, Ronald Reagan takes office as US President.  The day after, with Rumsfeld in charge, Searle reapplied for the approval of aspartame.  Rumsfeld’s connections with the Republican party was considered to be the reasoning behind this ‘political’ move.

Rumsfeld will “call in all his markers” 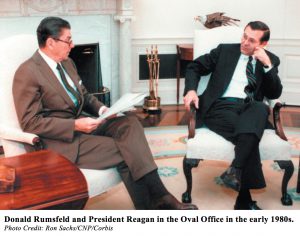 According to a former GD Searle salesperson, Patty Wood-Allott, GD Searle president Donald Rumsfeld told his salesforce that, if necessary, “[he would] call in all his markers and that no matter what, [he would] see to it that aspartame would be approved that year.”

In March 1981, Jere Goyan the FDA Commissioner set up a 5 member panel of scientists to review the issues raised by the PBOI.   In April 1981 Arthur Hull Hayes Jr. was appointed FDA Commissioner by Ronald Reagan.

A letter was sent on 18th May 1981 by three of the scientists on this panel, Dr Satva Dubey (FDA Chief of Statistical Evaluation Branch), Douglas Park (Staff Science Advisor) and Robert Condon (Veterinary Medicine) to the panel lawyer Joseph Levitt.  One of the panelists Dr Satva Dubey said that the brain tumor data for the aspartame research was so worrisome that he could not recommend approval of aspartame.  In another study, Dubey said that key data appeared to have been altered.

These three of the five scientists on the team opposed approval so it was decided to bring in a toxicologist for his opinion.  Reagan replaces Goyan with Arthur Hull Hayes.  Goyan said he would not have increased the team if the decision was up to him.  So now there was a 3-3 split.  Arthur Hull Hayes had the last word and made the split 3:4 in favour of approving aspartame.

On 18th July 1981, aspartame was approved for use with dry foods by the new FDA Commissioner Arthur Hull Hayes Jr.  This despite the PBOI and ignoring the law of the Food Drug and Cosmetic Act (21 U.S.C. 348).  This states that a food additive should not be approved if tests are inconclusive.

On 15th October 1982, Searle applied to the FDA for approval to use aspartame in soft drinks and children’s vitamins.

In 1983, Mark Novitch, acting FDA Commissioner, approved aspartame for use in carbonated beverages and carbonated beverage syrup basis.  Although FDA Commissioner Arthur Hull Hayes was out of town, he worked closely with Mark Novitch and ignoring the FDA’s own safety standards, they more than doubled the ADI (acceptable daily intake) of aspartame from 20mg/kg to 50mg/kg.

Arthur Hull Hayes left the FDA shortly after FDA approval for aspartame in carbonated beverages, under a cloud of improprieties.  He became Dean of New York Medical College and was hired as a consultant at $1,000 per

Part 3 of this extensive post will be explaining exactly what happens to your body when you ingest aspartame. 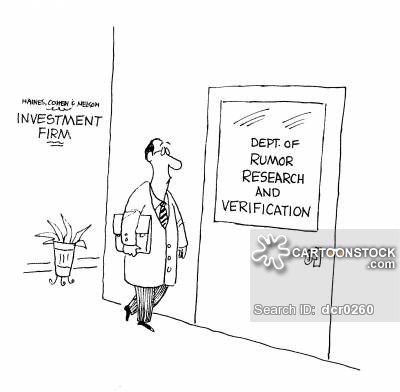 Article Name
Aspartame Dangers Part 2
Description
In part 2 of Aspartame Dangers, we will look at the Bressler Report and then the shady attempts to get aspartame approved.
Author
Ches Power
Publisher Name
https://magnesiumandhealth.com
Publisher Logo