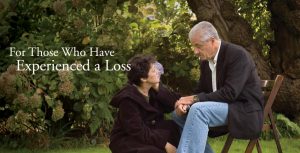 Have you just lost a parent?  Has your Mum or Dad recently passed away?  This is a harrowing time for all the family but particularly for the spouse left behind.  Depression in the elderly is a real problem, especially when they have lost the love of their life, someone who they have shared a life with for decades.

So much to arrange

For our family, when Dad died, Mum seemed to be very brave and strong.  She had many family members around her and we made all the arrangements for the funeral and did the paperwork for pensions, rates, cancellations of credit cards and all the paraphanalia that goes with a bereavement.  Those who have had to arrange all these details will know exactly what I mean.

Mum would not move

Endless copies of the death certificate were needed by endless companies and officials and so much had to be cancelled and re-arranged for a one person household as apposed to two.  Mum insisted she didn’t want to move.  She didn’t want to live with anyone else.  She just wanted to stay in the home she loved with the memories it held for her.

I suspect for some of you this rings a bell.  But how many of us start to worry when our lone parent exhibits unusual behaviour such as sudden memory loss or a lack of care and attention to the house and themselves.  Mum loved her garden and she kept the house clean and tidy.  She always looked after her appearance but within a month or two she seemed to be a different person.  She had completely lost interest in everything, including her football, athletics and ‘Eastenders”. 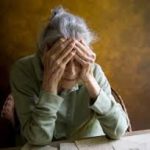 Memory loss – is it dementia or pseudodementia?

We were talking to a friend of ours, who was a professional carer of the elderly.  “I know what’s wrong with your Mum, she’s got pseudodementia.”  I’d never heard of this condition before but it all made sense.  Our friend explained that when a lifelong partner dies, the spouse left behind goes through a dramatic change.  Everything they knew in the past was gone, it all changed overnight.

Change for the elderly is stressful

Those of you who have elderly relatives know that they don’t like change.  It’s very difficult to get them to buy a new sofa or perhaps a new bed.  They don’t want anything moved in the kitchen.  They like all their things around them.  They don’t want the furniture moved about.  All this stability gives them a sense of security.  With Dad gone, everything was different for Mum.  He was such a stabilizing influence and her sense of being secure in the knowledge he would see to everything, was lost.  Despite us being there for her, it didn’t seem to help.  Dad was the one she wanted and he was gone forever.

Watch out for toe-rags! 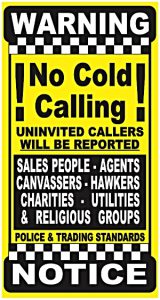 Another serious problem she had was ‘cold callers’.  One chap knocked on the door and persuaded Mum to give him hundreds of pounds to de-weed her drive.  This nasty piece of work told Mum that Dad would have wanted her to get the drive done.  He obviously knew she was recently widowed.  What a toe-rag he was.  Unfortunately for him, the neighbour took his van registration number and the police paid him a call at his home and warned him not to worry Mum again, or else! These predators will always be around, taking advantage of the elderly and vulnerable.  We had a sign similar to this put on her door.  The police also put a camera up inside the front door so any that called could be identified.  Needless to say, the drive was still covered in weeds which we had to clear regularly.

So what can be done to help your loved one cope with their immense loss?  Well the symptoms my Mum suffered were not due to alzheimers or dementia at all.  She was massively depressed.  I would ask her about a crossword I was doing to try and get her interested.  She would willingly answer, but didn’t want to do crosswords herself, not now.  If there was a word I couldn’t spell, she would know it.  She was always good at arithmatic too and was able to 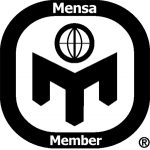 do sums without having to write them down or use a calculator.  These skills, she didn’t lose.  All she lost was an interest in living.  She actually was a member of mensa, one of the 3% who have the highest IQ.

I persuaded her to go to the doctor with me.  I took a letter of all the symptoms Mum had acquired since Dad’s death and suggested what could be wrong.  He read the letter and agreed with the diagnosis.  He prescribed a low level anti-depressant.

Magnesium and the elderly

This was the time when I really started to look into Magnesium deficiency and the problems it can cause, particularly for the elderly.  As we age, we don’t absorb our nutrients as we did when we were younger.  This means that most elderly people are deficient in nutrients, including Mg.  But Mg is the life force of our health and a deficiency will induce manyfold problems and conditions which would not come about in a person replete in this alkaline metal.  Also a lack of Mg will undermine the efficacy of other nutrients such as vitamin D which needs Mg to convert it into its active form.  The B vitamins, B6, B9 and B12 all depend on the presence of adequate Mg for their activation. 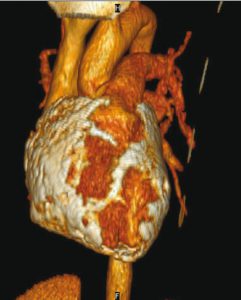 Mg is necessary for energy to be released from our mitochondria through ATP (adenosine triphosphate) which are our energy batteries.  Each of our 37+ trillion cells have numerous mitochondria within them.  Hard working cells like muscle cells will have a higher mitrochondrial density.  Without Mg, energy is not released and we can’t survive.  The less we have the sicker we will become.  A Mg deficiency also induces its antagonist partner Calcium (Ca) to run amok.  Without enough Mg to control Ca, this mineral will start to migrate to soft tissue and organs, instead of being laid down in bone and being kept dissolved in the blood.  The most critical being calcification of the heart which is more prevalent as we age.  Don’t get lulled into a false sense of security by taking large amount of Ca in your diet, it is a BIG mistake.  The image shows an outcome, a calcified heart.  A study, following 24,000 middle-aged and elderly Germans for 11 years, found taking calcium pills roughly doubled the risk of having a heart attack.¹  Our modern day diet is high in Ca but low in Mg.  These two minerals need to be balanced with the ideal ratio being 1:1.

Too late to help Mum

At the time I was looking into this amazing mineral, Mum had a fall and broke her hip.  She died in hospital of aspirated pneumonia.  This means, she was sick after her surgery and breathed in the contents of her stomach into her lungs.  This should not be something that happens when you’re in hospital.  Measures should be taken to ensure the patient is in an upright position so they don’t aspirate if they vomit.  Also anti emetics should be given to stop a patient being sick in the first place.  In our mind, Mum died from a lack of care in hospital.  Not the fault of the nurses, the system is just so overloaded, they can’t cope. 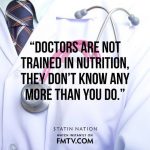 What I do blame the medical profession for though, is the complete lack of knowledge and understanding of Mg and other nutrients for that matter, and the havoc it can cause if a patient is deficient.  But what really is disturbing, is the advice given by some doctors that patients with osteoporosis and arthritis and other such diseases, should take a Ca supplement.  This is scandalous!

Give Mg, it is vital!

So for those of you who have a lone parent suffering a loss, please make sure they are given a Mg supplement.  They will surely be Mg deficient, there’s no doubt about it.  You cannot overdose on Mg, unless it is being administered intravenously or you have a blockage in your stomach or you are on dialysis.  If the body has an excess, it will be excreted harmlessly.  Mg is not a drug, it is a vitally important mineral that we all need daily, just like we need water.

If I’d only known

If I knew then what I know now, I would have been supplementing Mum with Mg.  She would be having it in her water on a daily basis.  She liked water as much as tea or coffee 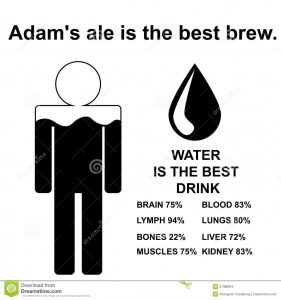 and it would have been easy to put Mg Chloride into her daily jug of ‘adam’s ale’.  The Mg would have lifted her mood and given her much needed energy.  She was often unsteady on her feet and complained of aching legs, two common conditions of the elderly; both symptoms of Mg deficiency.  She had restless leg syndrome, another symptom.  She had digestive problems, another symptom.  I forgot to mention, depression is a symptom of Mg deficiency too.  In fact, have a look at this list of deficiency symptoms.

If there are signs of memory loss or your parent not wanting to bother with anything, then they may be suffering from depression.   I would try Mg first as it is a natural mood lifter in its own right.  You will notice a difference in energy, mood and other conditions they may suffer from. Hopefully they will be able to cope with their loss and get back to some semblance of normal life, with your help and care.

I can’t emphasise enough how important this mineral is for all of us, especially the elderly.  Don’t let your parent suffer needlessly.  A low dose anti-depressant may help, but first get some Mg inside them.  If you want to discuss Mg with your doctor then good luck.  There’s a good chance that you may know more about it than he or she does! Nutrition is NOT taught in medical school.  Ches 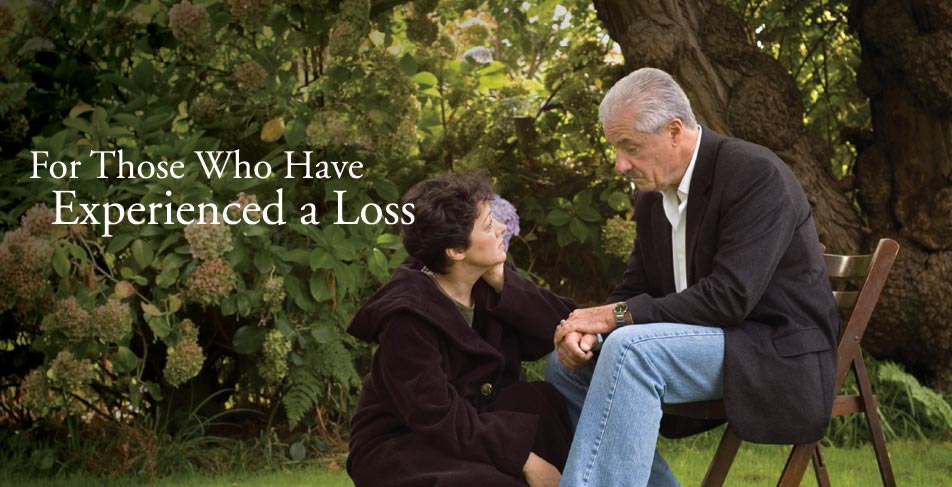 Article Name
Depression in the Elderly
Description
Have you just lost a parent? Has your Mum or Dad recently passed away? This is a harrowing time for all the family but particularly for the spouse left behind. Depression in the elderly is a real problem, especially when they have lost the love of their life, someone who has been in their lives for decades.
Author
Ches Power
Publisher Name
https://magnesiumandhealth.com
Publisher Logo

10 thoughts on “Depression in the Elderly”