In Part 1 of ‘Can stress cause heart disease?’, I explained the diversity of stressors that the population, in this day and age, have to contend with.  This burden of anxiety, which is causing most of us to live with stress on a daily basis, is the start of the road to heart disease.

Comparing then to now

Back in the early 20th century, we were getting plenty of Mg in our diet.  The soils were full of vitimins and minerals and as well as tasting great our food kept us replete with Mg and other nutrients.  Our crops were healthy and our livestock fed on the fresh, nutritious grasses and lived out in the fertile fields.  An estimated 400mg-500mg of Mg per day was the average intake for the majority of the population.  In the year 1900, heart disease was not the killer it is today and was way down the list of major causes of death.

After World War II, war was waged on the land by way of industrialization and mechanization.  The fields were cut up by tractors and the land sprayed by crop dusters.  All kinds of pesticides, herbicides and poisons, layed the ground to waste with soils being unmercilessly depleted of all goodness.

In this ‘modern’ world, we farm intensively to feed the masses.  Driven by money and greed, we treat defenceless farm animals abominably.  These images say it all.  Not only are we mis-treating our livestock, we are poisoning ourselves with growth hormone injections, copious

The agricultural community was lulled into thinking that destroying unwanted species was the way forward, rather than living in harmony with the natural world.  But the poisons were indiscriminate, with everything in their path being wiped out including the humble worm and vital nitrogen-fixing rhizobacteria.  Without worms to break up the soil and bacteria necessary to allow plants to absorb nutrients, plants became weak and lacking in vitamins and minerals.

Have you heard of grass tetany? 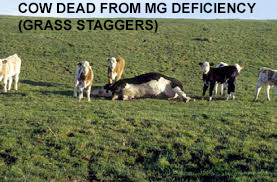 Just as an incidental.  Did you know that ruminants like cattle and sheep, regularly die from Mg deficiency.  They are constantly monitored for their Mg intake and are often found dead from hypomagnesemia.  These animals are supplemented with Mg to alleviate this condition.  Don’t you think it’s strange that we humans are not similarly treated or at least informed of Mg deficiency by our medics?

Today 1 in 4 die of heart disease

Now, heart disease kills one in four people in the US and is the leading cause of death in both men and women worldwide, with stroke coming a close second.  In the mid 20th century there was much research and evidence coming through, to suggest a correlation between Mg deficiency and heart disease.  All this research seems to have fallen on stoney ground.  Mg deficiency and heart disease go hand in hand but the medical professionals are giving out drugs without considering nutrients.  This is exacerbated by a high intake of Ca which really puts the electrolyte balance out of kilter.  Some Ca supplements have a Ca to Mg ratio of 30:1!  This is being produced

and sold by a large drug company Glaxo Smith Kline!  This imbalance will just make heart problems worse.  What are they doing?  Are they doing this on purpose?  If not, why are they selling this unhealthy supplementation?  Don’t they know about the importance of electrolyte balance?

Is this just a coincidence?

You may call this all a coincidence but research doesn’t!  There are a few eminent doctors, including cardiologists who are blazing the trail for Mg.  These doctors and their team, use Mg in their treatments.  In my mind, they are the heros of modern medicine and they’ve been heroic by going back to basics and putting natural remedies before or along with pharmaceutical drugs.  They do this at the expense of some of them being pressurized to prescribe drugs when Mg would be the better option.  Of course drugs have their place but it should not be at the expense of using a natural remedy that works without side effects and as efficiently, if not better than a drug. 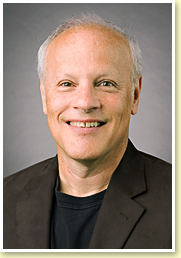 Stress is an enemy of Mg.

So now we have our Magnesium (Mg) levels diminishing on a daily basis due to various stressors.  As well as that, we cannot get enough Mg naturally because the Mg levels in the soils have been depleted to a low level.  Even eating foods renowned to have high Mg content is not enough because that content is diminished because of agricultural practices.  Many of us are finding everyday life hard to cope with.  We’re feeling tired all the time, mentally and physically and we have no energy.

“For millions of Americans, correcting magnesium deficiency could be one of the most important steps on the road back to health.”-Dr. Alan Gaby- Author of “Magnesium: How an Important Mineral Helps Prevent Heart Attacks and Relieves Stress”

It may be normal for most people, that’s because most people are Mg deficient.  The truth of the matter is, if your Mg is low causing electrolyte imbalance and energy loss, this will compromise your cardiovascular system.  Conditions such as fibromyalgia, chronic fatigue syndrome, adrenal fatigue, panic attacks, depression, diabetes, hypertension, migraine, typically herald energy starvation which in turn will amount to starvation of energy to the heart. “Magnesium deficiency compromises the integrity of your cardiovascular system from the cellular level on up.”
Dr Dennis Goodman, Cardiologist.

One of Mg’s most critical jobs is to regulate Ca.  Mg and Ca are two electrolytes (charged ions) that are forever engaged in a dynamic balancing act within our cells.  Both electrolytes are important for good health, yet they act as biological antagonists to each other, the presence of one offsetting the presence of the other.  When Mg and Ca are not in balance – as in a state of Mg deficiency – a wide range of health problems and chronic conditions unfold, most notably heart disease.

At the cellular level, Mg acts as a sort of gatekeeper, making sure that excess Ca doesn’t

enter the interior of our cells.  Mg acts as a natural Ca channel blocker, if Mg isn’t available, Ca floods our cells, creating an electrolyte imbalance. This can induce serious heart conditions, including arrhythmia, angina, premature ventricula contraction hypertension etc., apart from all the other conditions in the body that will be compromised with Mg deficiency.

So what we know is…

In the last part of this article I will explain such questions as – How do we produce our energy?  What happens when this energy cannot be produced efficiently?  In what way does it affects the whole body and the cardiovascular system?

Article Name
Can Stress Cause Heart Disease? Part 2
Description
In Part 1 of 'Can stress cause heart attack?', I explained the diversity of stressors that the population, in this day and age, have to contend with. This burden of anxiety which is causing most of us to live with stress on a daily basis, is the start of the road to heart disease.
Author
Ches Power

8 thoughts on “Can Stress Cause Heart Disease? – Part 2”