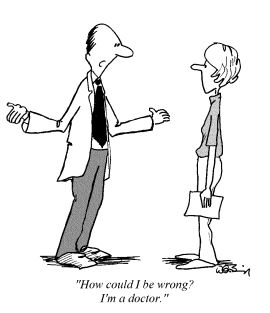 The arrogance of some doctors

Those of the older generation generally regard their doctor as being someone of extreme importance, someone to look up to and be admired.  This gives some doctors a sense of of superiority that they carry with them as they practice their ever diminishing skills.  I sincerely think that doctors of the past used their skills as physicians much more and were more deserving of their high status.  Whereas modern doctors seem to be hampered by dogma and directives from all quarters.

Our future doctors, God help us!

I remember when visiting my Mum in hospital (where she died of aspiration pneumonia due to lack of care and negligence).  We were walking up the staircase after visiting her, when a group of young medics came charging down the staircase, completely ignoring those coming up and barging past like a herd of buffalo.  Whether they were medical students or interns I don’t know.  I know they were all wearing white coats and all had the ubiquitous stethoscopes around their necks.  No apology was offered to a woman they knocked into the wall as they rushed by giggling and shouting. These, I thought, are our

Just out of interest, today  I did a search on google.  I just put in “doctors are” to see what search suggestions came up.  I think most doctors would be upset with the result.

Arrogance on the part of doctors, nurses and and other healthcare providers seems to be commonplace and students and others starting in the field of medicine are obviously going to emanate this conceit. 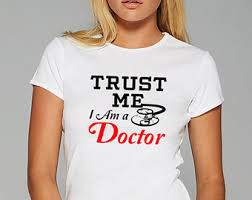 I am now a doctor!

A number of factors could lead to this self-importance including being licenced, which converts doctors into elite and privileged members of society.  “Trust me, I’m a doctor” is a common saying and it is how most of the public see their doctor, as someone they can trust.  Unfortunately that trust is deteriorating as more people are disillusioned by modern day practices and corruption within the medical profession.

The terminology that doctors use which is often myserious to the patient, puts the doctor in an elevated position of power.  The patient becomes the underling and is quite happy to assume inferiority as long as he feels he can trust his doctor will do him no harm. 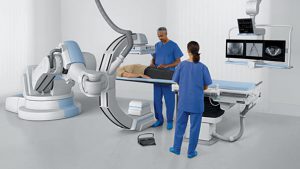 Using state of the art equipment

Doctors, nurses and other medics often use state of the art equipment worth millions of dollars and this can give them a sense of importance.  There always seems to be a shortage of doctors and other medical professionals which will also up their status.  Being a medic gives them instant credentials and instant respect from the general public.  Doctors don’t have to compete for their work like other professionals who are kept in line by competition with others of their trade.

The media, often led by big business and big pharma, talk about the wonders of modern day medicine.  The statistics tell a different story with some people now NOT living as long as their parents and drug induced illnesses and conditions rising year on year.   Even so, the trusting public still go along with all the falsehoods that big pharma pontificate which means their doctors are also going along with the lies and corruption, especially when it is apparent that ‘incentives’  from big pharma are plentiful. 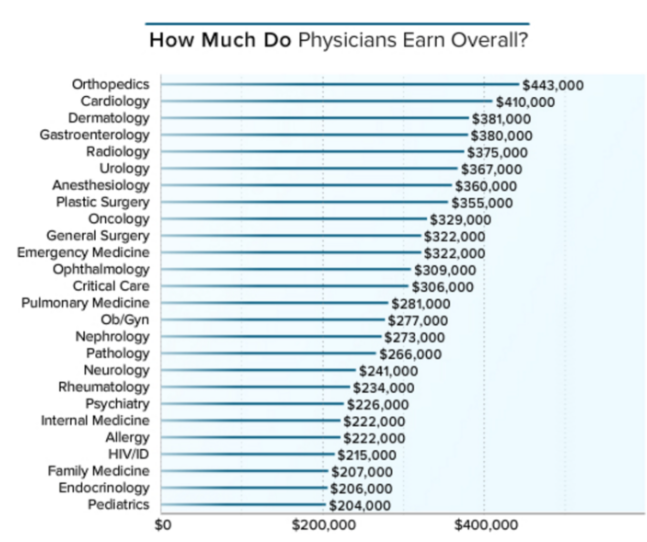 In the US orthopedic physicians earn $443,000 per year and are one of the top earners.  Pediatrics earn $204,000 per year and they are at the bottom of the scale.  In the UK general practioners earn around £80,000 and hospital consultants around £100,000 per year.  These are basic salaries.  How much can be added for perks and incentives was an unknown quantity but now, on this site, you can actually check and see how much, if any, your doctor in the US has received from pharmaceutical companies, who are now bound by law to disclose these figures.

Media advertising is a powerful weapon for pharmaceuticals to get the public on their side.  They spend shameless amounts on advertising and use press releases to boost the appeal of the latest drug or procedure.

Brainwashing the public is a sure way of getting them off to their doctor asking for this latest innovation.  It’s like the spider leading the fly to its web.  Once caught the patient often will insist that he is prescribed this new’ life changing’ treatment which can quite often be a death knell for the unsuspecting patient. 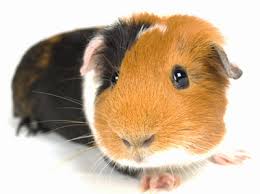 You are now a guinea pig

The doctor will oblige and the patient then becomes a guinea pig for this new and often poorly tested drug.  You the patient should at least be warned that this drug is new and untested on humans but no, off you go and more often than not, back you’ll come with tales of woe about a plethera of side effects.  Hopefully, your body hasn’t been damaged in the meantime.

The drug must be safe, the FDA said so!

Doctors are swayed and lulled into a false sense of security by the overtures of the pharmaceutical companies pushing their drugs.  If they do receive ‘incentives’, they will justify them by convincing themselves that the drugs they’ve been touted, are the most up to date and the best on the market.  They would be wrong in most instances and their patients could suffer as a consequence.

So many new drugs are later found to seriously endanger health and after killing or damaging hundreds if not thousands of people, will be withdrawn, Accutane for Acne comes to mind, withdrawn because of birth defects, miscarriages and more.  Cylert is another for ADHD caused liver toxicity.  How about Mylotarg for Acute myeloid leukemia which was found to increase the risk of death and cause veno-occlusive disease (obstruction of veins).  Have a look at this site for a list of some withdrawn drugs

it.  The FDA has been proven to be less than honest as to what goes on behind their closed doors.  They are in cahoots with Big Pharma and it does appear that Big Pharma is in charge.

There are instances too numerous to mention where drugs have been known to be toxic and have serious side effects.  Research is often ‘doctored’ to produce a favourable outcome and the drug can be pushed through the FDA without proper testing and sound research.  Greed, patents and a lack of morals is what drives these massive pharmaceutical companies and they have the power to barge through laws and policies and make up their own rules.  Their priority is financial and the danger of side effects and even death from their drugs is just ‘collateral damage’ to them. 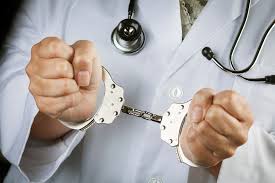 Are GPs unaware or shackled?

Perhaps GPs are often unaware of what’s going on, too busy trying to make the best of their 10 minute slots they have allocated to each of their patients.  This being the case in the UK anyway.  Even so, they must be aware of the unrest and uneasiness by much of the public.  Doctors are just pushers for the drug companies.  They haven’t time to check out every drug that comes onto the market.  They have to trust Big Pharma like we have to trust them our doctors.  In a way, doctors have been sucked into the situation they’re in and many of them are troubled about the way medicine is going.  But if they rock the boat, they are likely to be admonished, so they keep the status quo and keep their heads down.

Look at it from a doctor’s point of view

It is very difficult to run a doctor’s surgery, a hospital or a medical laboratory without patients that need drugs, procedures and services.  If you look at it from the perspective of the medical professional, their careers depend on patients.  If there was suddenly a cure for heart disease, what would happen to all the cardiologists?  If depression was a thing of the past, what would all the psychologists do?  Supposing cancer was cured; what would happen to all those oncology doctors and consultants? 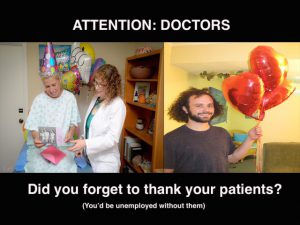 There is a financial conflict of interest.  If you the patient suddenly became very healthy and didn’t need their services any more and if this happened on a grand scale, there would be many medical professionals out of a job.  This scenario has to be kept in mind when you are being treated by your doctor.  He may not admit it, but he wants you to come back and get another prescription and when your condition doesn’t improve, no doubt he will have another drug to hand which he can add to your list of tablets.  This helps his income.  He needs patients to keep his career flourishing and to keep the status quo.

I’m afraid it is just human nature.  You, as the patient, must be aware of this fact and do what’s best for you, despite what your doctor may advise.  Take his advice but do your own research on your condition/s.  Is there an alternative? Will the drug he’s prescribed help or harm you?  Check the drug’s side effects and look for articles and stories about the drug’s efficacy.  Check what the drug actually does to your body.  Does it turn off an enzyme?  Does it stop a natural process within your body?  A couple of examples of this are ‘Statins’ which actually stop an enzyme working and ‘Nexium’  which is a Proton Pump Inhibitor. 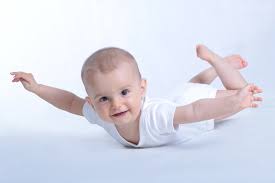 A healthy baby is born with all the vitamins, nutrients and minerals to have a healthy body and mind.  When something goes wrong, is it not because a toxic drug is needed.  If we consume rubbish food and drink, with junk ingredients and deficiencies in nutrients, our body will start to fail and will succumb to all kinds of conditions and diseases.

The root cause of sickness

This is what causes us to be sick.  It’s not the lack of a drug, it’s the lack of healthy nourishment.  Rubbish in, rubbish out applies to our bodies too.  If you eat junk food, take in too much alcohol and sodas, smoke cigarettes, consume large amounts of sugar and artificial sweeteners, use recreational drugs, what can you expect.  You WILL succumb to bad health and diseases.  It’s as simple as that and a toxic drug, in most cases, will not be the answer.

One day our health will come full circle.  That day is probably closer than you think.  The public is becoming more aware of what goes on within the medical fraternity.  They are becoming disillusioned by their medics and uneasy about prescription drugs.  More and more evidence is coming to light of the suppressed research and corruption that has proven that drugs generally control a disease rather than cure it and can have devastating side effects to boot. 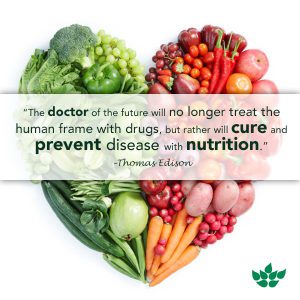 Who wants to have their illness controlled for their lives, who would rather be cured of their sickness so they can enjoy the life they have, right into their golden years.  We all want this and many of us can have it if we would just stop and think and do our own research.

Doctors of the future

The doctors of the future will be those who prescribe alternative treatments.  Those that work with the whole body rather than against it, those who have the knowledge of how the body and mind is made up, the nutrients, the minerals and the vitamins and how they interact with one another to balance a healthy body and mind and protect it from disease.

Don’t be fooled, be smart!

Article Name
Do You Trust Your Doctor? - Part Two
Description
Those of the older generation generally regard their doctor as being someone of extreme importance, someone to look up to and be admired. Why is this changing...
Author
Ches Power
Publisher Name
https://magnesiumandhealth.com
Publisher Logo