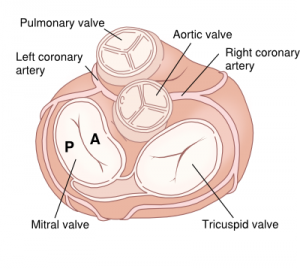 There are a number of different diseases of the heart valves but Mitral Valve Prolapse is one of the most prevalent and I will concentrate on this particular condition.

It is not unusual for a doctor to inform you that you have a heart murmur.  It is probably more common when you take your dog to the vet and he notices a heart murmur when testing the dog’s heart with a stethoscope.  Your vet will also advise to just keep an eye on a mild condition rather than medicate.

What is a heart murmur?

What is a heart murmur?  A heart murmur is what a doctor or vet can hear when listening for unusual sounds between heartbeats.   The medic will hear a whooshing or swishing sound, a sure sign of a murmur.  Although you may be alarmed if your doctor informs you of this condition, most heart murmurs are nothing to worry about but they can indicate an underlying problem that should be addressed.  The cause of the murmur is the mitral valve not closing properly.  Sometimes blood can regurgitate back into the left atrium and your doctor may hear that process with his stethoscope, which picks up the sound between heartbeats. 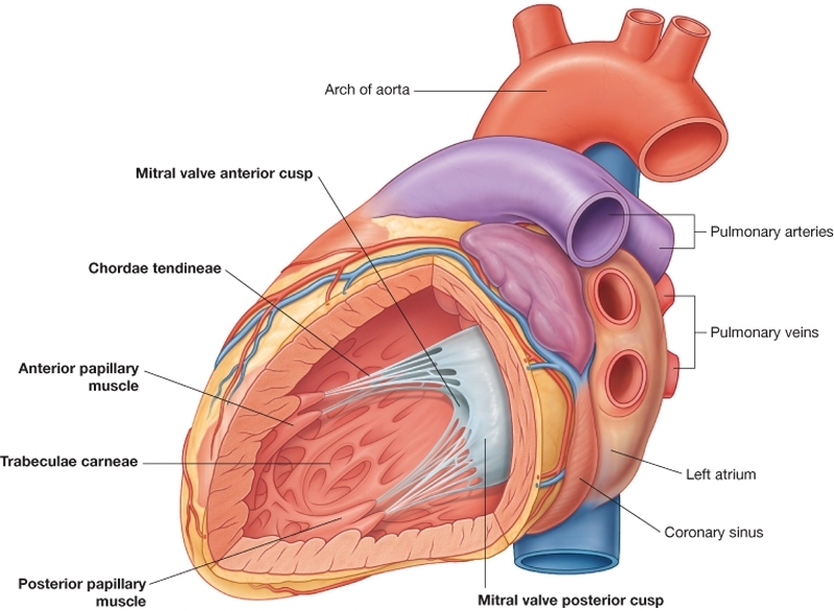 There is not an obvious treatment for a mild case of this condition but most likely you will be offered a number of medications which doctors will hand out to the worried patient.  I had a quick look on the web and found a list of 19 drugs for MVP, the most common are:

These drugs will, of course, have side effects as all drugs do and if the condition is mild and not causing any problems for the patient, I can’t see any reason for prescribing them.    What I would recommend though is to take a good quality magnesium supplement. 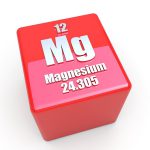 There are many implicated reasons for a heart murmur but for some reason, one of the most common is overlooked by most doctors.  It doesn’t seem to occur to them to check for a magnesium deficiency which has been associated with mitral valve prolapse (MVP).  Mind you, using the antequated total serum magnesium test is no help and the common false results can throw a doctor off the track of magnesium deficiency.

Although it is deemed that mitral valve prolapse is likely to be hereditary, it can be brought about by the aging process.  If this is the case, then there is a likelihood that calcification could be the cause.  If excess calcium is in the system then it can calcify in any part of the body and cause problems.  Calcium can be toxic if taken to excess or if the body is deficient in magnesium which actually controls calcium and keeps it out of the cells.  If calcium is allowed into the cells because of the lack of magnesium then it will cause cell death and inflammation.  The lack of magnesium allows excess calcium to roam the body in its non-ionic state and settle anywhere in the soft tissue. 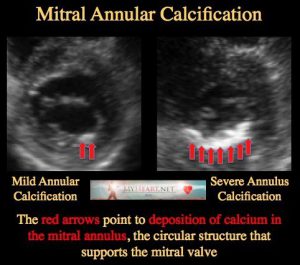 Known as MAC, mitral annular calcification is a degenerative process of the mitral valve ring and was first described by Bonninger in 1908.  It is expected that older people will have some calcification in the cardiovascular system and this has been proven at autopsy.

Previously, it was thought that this condition was a consequence of rheumatic fever but evidence of previous disease has often been absent and now it is regarded as the end stage of an inflammatory process.  The same inflammatory process which blights those suffering atherosclerosis.  In fact, the presence of MAC can be an indication of the incidence of cardiovascular disease.  There is no knowing where calcium will settle.  The only issue is will it settle and damage those areas of the body which could lead to life threatening diseases.

Not life threatening but…

When any part of the mitral valve gets thickened with inflammation and/or calcium deposits, mitral valve prolapse can occur compromising the movement of the valve.  This is the most common cause of mitral regurgitation where some blood flows backwards into the left atrium with each heartbeat.  Some patients will experience chest pain which is quite worrying and frightening for them.  Although an MVP that causes minor symptoms is not dangerous in itself, if calcification is the cause, it can be an indication that other parts of the body may have calcium deposits too.   These calcifications will also come with inflammation, which has now been proven to be one of the biggest causes of disease.

Dr Melvyn Werbach, who wrote Nutritional Influences on Disease states that MVP is overdiagnosed and maintains that the condition is a magnesium deficiency disease.  This can be treated naturally with a change in diet and a good quality magnesium supplement.

It is interesting to note that the heart needs the most amount of magnesium specifically in the left ventrical where the mitral valve is situated.  Without enough magnesium the heart and the cardiovascular system cannot function properly.  The valves of the heart are held tightly by muscles which, like all muscles in the body, depend on an adequate supply of magnesium to work.   If calcium is in excess relative to magnesium then the muscles can go into spasm. 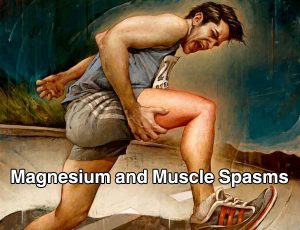 What is a spasm?

A muscle spasm is caused when the muscle cannot relax.  Calcium causes muscles to contract and magnesium causes them to relax.   When magnesium is low, the muscle can go into spasm, contracting but not relaxing.  Spasms such as is caused by a magnesium deficiency can cause a serious heart event and even sudden death.  Even very fit people such as athletes have been known to drop dead because of excessive exercise, sweating and loss of magnesium to dangerous levels, causing the heart to go into spasm.  This is also what happens when you get cramp.  It can affect any muscle in the body.

If you have a heart murmur or mitral valve prolapse, far be it for me to persuade you to wean yourself of any drugs your doctor has prescribed for you.  You may like to know though, that the drugs your medic has likely prescribed will have some serious side effects.  Such as:

14 thoughts on “What is the Mitral Valve”