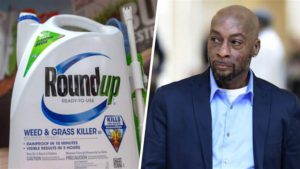 This is a follow up of last weeks post about Monsanto’s toxic herbicide Roundup. In this article, Non-Hodgkin Lymphoma, the evidence given to the court by the plaintiff Mr Johnson, in the case against Monsanto is damning.  These submissions proved how Monsanto has committed fraud, having no regard for the damage to health that its toxins cause. This court case was particularly with respect to Roundup and glyphosate, just one of many killer toxins this odious chemical company has produced.

This is a historic case against one of the most unpopular chemical companies in the world. Their product Roundup has been looked at with suspicion for decades. Only now has it come to light to the public, how this fraudulent and immoral company practices business.

Dewayne ‘Lee’ Johnson worked as a groundsman for a school in Northern California. He is 46 years old, married and a father of two. Whilst working for the Benicia school in California between 2012 to 2015, he estimated to have sprayed 150 gallons of Roundup 20 – 40 times each year. 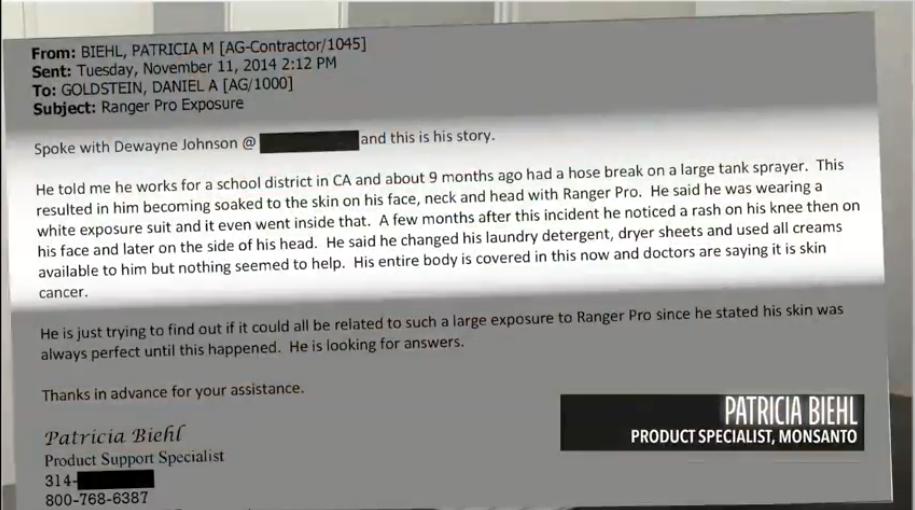 Mr Johnson phoned Monsanto and spoke with Patricia Biehl, a product support specialist for Monsanto. He explained to her where he worked and how he was using a large tank sprayer. He had become soaked with the herbicide. He also informed her that his doctor said he now had skin cancer.

Patricia Biehl wrote a memo to Daniel Goldstein (see above), explaining the situation with Mr Johnson. Mr Goldstein replied to her saying he would contact Mr Johnson but he never did.

Diagnosed with Non-Hodgkin Lymphoma in 2014

In 2014 he was diagnosed with a deadly form of Non-Hodgkin Lymphoma known as Mycosis Fungoides. In 2016 he filed a lawsuit after he became too ill to work. He accused Monsanto of concealing the dangers of using Roundup.

Mr Johnson’s back shows the extent of his condition and what Roundup had done to him. These lesions cover his entire body. This poison must be banned!

The court case began on 18th June 2018. The presiding judge was Superior Court Judge Suzanne Ramos Bolanos. This was a detailed and complex case and if you want to study the case history and look at all the documents and evidence just click here. 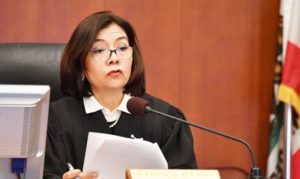 The case ended on the 10th August 2018 with Judge Bolanos ruling in Mr Johnson’s favour to the tune of $289 million damages to be paid by Monsanto. This diminishes Monsanto’s reserve fund set up for the Bayer takeover. This fund was to cover any litigation liability. The fund amount of $277 million has now been wiped out and more, from just one court case! There are thousands to follow!

Monsanto acted with malice or oppression

According to the ruling, it was declared that Monsanto “acted with malice or oppression” and was responsible for “negligent failure” because of the lack of information to consumers about the carcinogenicity of Roundup which contains the deadly toxin Glyphosate. 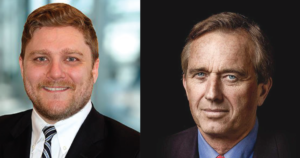 Brent Wisner was the lead trial counsel for Johnson. Robert F Kennedy Jr has been an environmental lawyer for 3 decades and joined Wisner as co-councel. He spoke out about Monsanto’s “antidemocratic and antihumanistic” approach and this is what he has to say about Monsanto: “We really were up against an industry that has employed all of the techniques pioneered by the tobacco industry.” 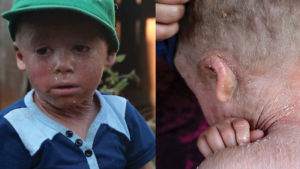 “Over 60 years, Big Tobacco killed 1 out of every 5 of its customers who used its products as directed, was able to avoid any kind of regulatory interference, because it pioneered these techniques of ghostwriting science, compromising science, corrupting public officials, capturing the agencies that are supposed to protect Americans from pollution, and Monsanto really was part of the group that pioneered those techniques — and also of using *ad hominem attacks.“

(*Ad hominem attacks explanation:
Ad Hominem (Abusive) argumentum ad hominem
Also known as:  personal abuse, personal attacks, abusive fallacy, damning the source, name calling, refutation by caricature, against the person, against the man.
Description: Attacking the person making the argument, rather than the argument itself, when the attack on the person is completely irrelevant to the argument the person is making.
Take it as a compliment! An ad hominem attack usually means the attacker has no answer to your argument. Hence he resorts to abusive personal attacks. When others verbally attack you, take it as a compliment to the quality of your argument.  It is usually a sign of desperation on their part.) 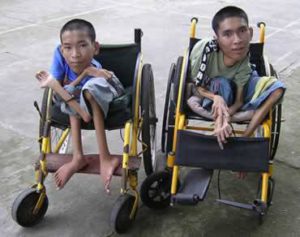 “Monsanto is the same company that was making DDT and masterminded and orchestrated the attack on Rachael Carson … [they] tried to personally destroy her, as she died of cancer. On agent orange, it led the fight to deny rights and deny compensation to tens of thousands of American veterans who had been exposed in Vietnam to this terrible chemical.”

“I’ve been suing one of Monsanto’s chemicals for 35 years, PCBs, which Monsanto is the only producer of. It contaminated the Hudson River. In more recent years, I’ve brought a series of lawsuits against Monsanto because of the PCBs put into caulking in American schools. Half the schools built between 1950 and 1977 have calking in their windows filled with PCBs.”

Mentality of a corrupt corporate culture

“Monsanto knew PCB was carcinogenic and an endocrine disruptor and children should never be exposed to it. And it knew PCB was about to be heavily regulated if it got banned. So, it ordered all of its sales forces to … [get rid of it by selling] it for caulking for schools. This is the mentality of a very corrupt corporate culture.”

‘you cannot say that Roundup is not a carcinogen’

Monsanto’s toxicologist Donna Farmer appeared on a well known US TV program called “The Doctors” in 2016. There, she proclaimed to all the world how Roundup was safe. She also said she was “speaking as a Mom”.

Here is what she said in a Monsanto internal memo: “The terms glyphosate and Roundup cannot be used interchangeably nor can you use “Roundup” for all glyphosate-based herbicides any more. For example you cannot say that Roundup is not a carcinogen… we have not done the necessary testing on the formulation to make that statement.”
– Donna Farmer, Lead Toxicologist, Monsanto Company

Throughout the history of this notorious chemical company, its modus operandi has always been profits first. As the company has grown, at the expense of the health of the populous, they have become known as the most contemptible and immoral company on the planet. Those working for and with this company, must be on substantial salaries. How else can they justify the lies and fraudulent practices their employers use routinely. How do they sleep at night knowing of the misery and carnage their company’s products have caused, is causing and will cause in the future. 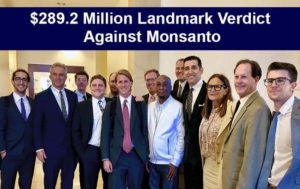 Brent Wisner and his team, did a fine job with their amazing talent in creating an extensive chronicle of how Monsanto had, thus far, literally got away with murder. They produced all the evidence necessary to support the narrative. They were able to back up the evidence with copies of documents clearly showing Monsanto’s inability to prove that Roundup was a non carcinogenic. Much of their evidence though, was deemed inadmissable by Judge Bolanos. Other Judges, however, will no doubt have different viewpoints as a multitude of cases against Monsanto (now Bayer) inundate the court system.

Now the floodgates are open. There are literally thousands of lawsuits against Monsanto waiting in the wings. These are all to do with Non-Hodgkin Lymphoma. What about all the other illnesses and diseases this company has let loose on the planet with its toxic substances. Hopefully, this will be the beginning of the end of this company of ill repute, but what about Bayer? How principled are they? Are they as immoral as Monsanto?

Bayer, who has purchased Monsanto, will now have to deal with its dreadful legacy. The first thing that will probably happen is the name Monsanto will be dropped. Trouble is, Bayer’s name isn’t any better.  They will really have to do something radical to win the public trust. But I don’t hold out much hope. The fact they have taken on such an evil company, has stirred up a hornet’s nest. The public is now becoming more aware about what goes on with these companies and many haven’t forgotten the crimes committed against humanity in the past by companies such as Bayer. 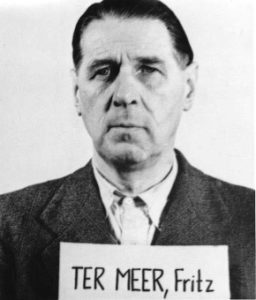 After the end of World War I, chemical companies in Germany, including Bayer, merged to form IG Farben. They produced everything from pharmaceuticals to manufacturing chemicals to explosives.

Bayer, became involved in conducting medical experiments on concentration-camp inmates, particularly in Auschwitz. In one such experiment, Bayer was found to have paid RM 170 per person for the use of 150 female inmates of Auschwitz. Later, follow-up messages indicated all prisoners had died, and Bayer required to buy a further shipment.

An Auschwitz resident testimonial states there was a large ward where all tuberculous patients were kept. Bayer sent unmarked medicines to this ward. These were injected into the test subjects, causing them all to die.

The Allies broke up IG Farben. But Bayer reappeared “inheriting” many of IG Farben’s assets.  Fritz ter Meer was an IG Farben board member from 1926 to 1945. He directed operations at the IG Farben plant at Auschwitz. He was sentenced to seven years in prison during the IG Farben Military Tribunal at Nuremberg. He was elected Bayer’s supervisory board head in 1956.

Fritz ter Meer (4 July 1884 – 27 October 1967) German chemist, Nazi Party member and war criminal. From 1925 to 1945 Fritz ter Meer was on the board of IG Farben AG, involved in the planning of Monowitz concentration camp, a satellite camp of KZ Auschwitz. Fritz ter Meer was sentenced to seven years in prison in the Nuremberg Trials in 1948. After he was released early for good behaviour in 1951, he became supervisory board chairman (Aufsichtsratsvorsitzender) of Bayer AG.

When asked the question, during the Nuremburg trials as to whether he had considered the tests on humans in Auschwitz to be justified, he replied: “They were prisoners thus no particular harm was inflicted.”

In his memory, his employer Bayer, set up the Fritz-ter-Meer-Stiftung, now called the Bayer Science & Education Foundation, which promotes chemistry students through scholarships. IMHO, remembering a Nazi Party member and a war criminal, is an insult to those who suffered and died at the hands of this man. Memorializing him is tantamount to applauding his evil past! Is this still the mindset of Bayer today? 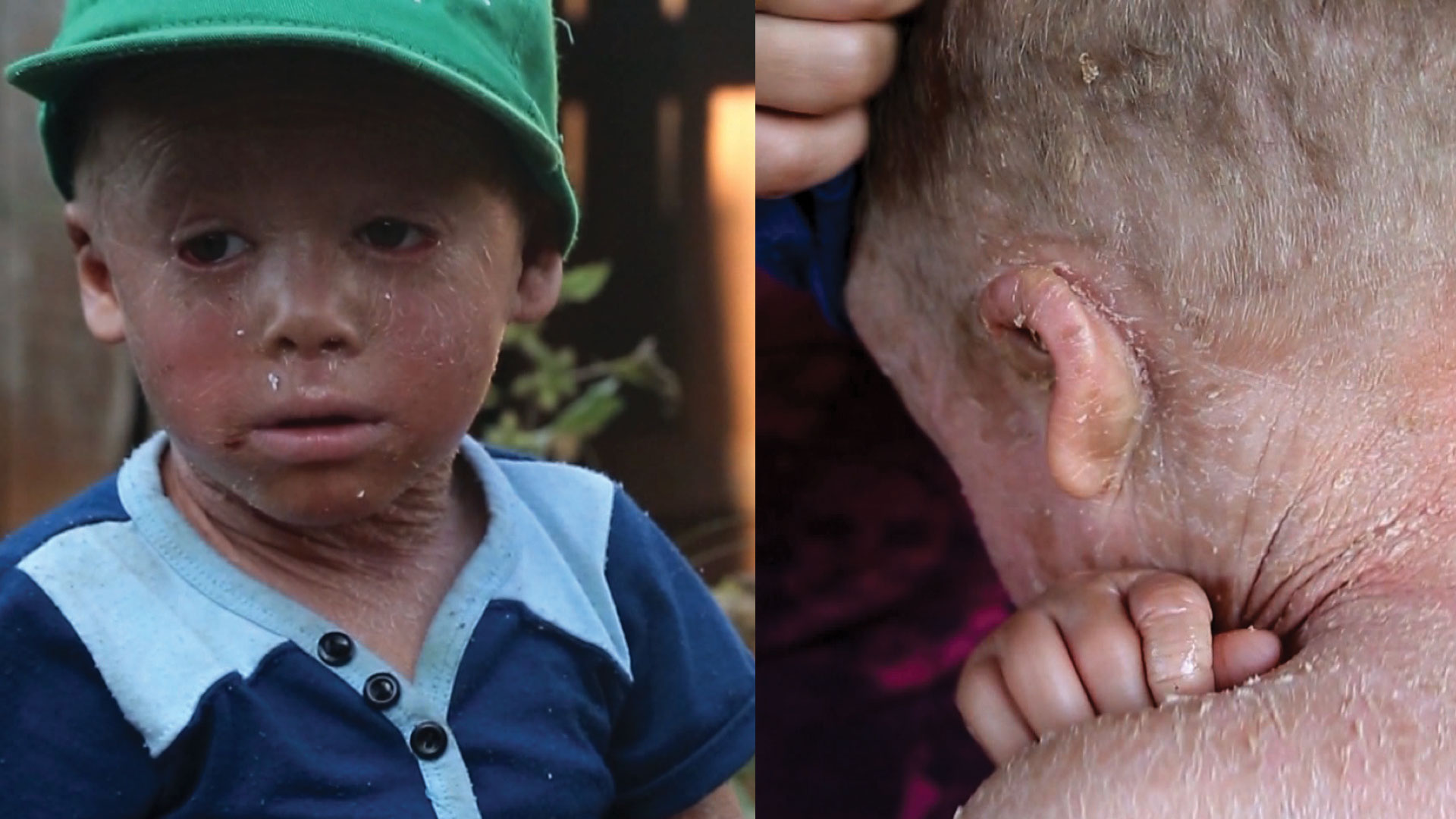