Why do muscles cramp up 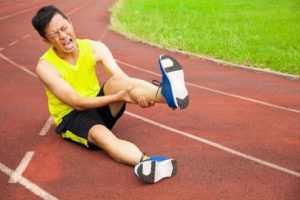 So what is magnesium?

Mg is a metallic element, No. 12 in the periodic table.  By mass, it is the 11th most abundant element found in the human body.  It’s ions are essential for all our body’s 37.2 trillion cells and it is a cofactor in what is now believed to be up to 800 enzymes, more are being added as research goes on.

What does magnesium do?

It does plenty, but lets concentrate on probably the most important role Mg has, that of triggering ATP production.  The most important Mg dependent enzyme is that which controls the creation of energy by activating ATP.   Adenosine Triphospate is the vital molecule that stores energy within the mitochondria (organelles) which reside in our cells.  Because muscles need so much energy to work efficiently, there are vast numbers of mitochrondria in the cells of muscles. It is estimated that between 200 and 2000 mitochondria reside in each cell.  The muscle cells have a higher number of mitochondria compared to most other cells, so as to cope with the energy necessary to work our muscles efficiently, this includes of course, our heart.

Have a look at this short video.  It is actually advertising a good book on Mg and heart disease, by an eminent cardiologist Dr Dennis Goodman MD,  but it also explains simply, how Mg is vital to produce ATP the energy source of our bodies.

Athlete or not, be aware!

There is the incidence of sudden cardiac death syndrome, which can affect athletes.¹  A study done in 1994, the subjects of which were fit, healthy and well conditioned young men, showed that strenuous and continuous effort affected Mg levels.  Mg levels declined, while there was an increase in cholesterol and triglyceride levels and blood sugar.  Studies established that sudden deaths of athletes who were given to intense training and stress by way of extreme exertion, caused the continual loss of Mg which had a detrimental and devastating affect on their cardiovascular system.²  ³

Athletes are under immense bodily and mental stress, which puts a tremendous burdon on magnesium levels.  Runners, swimmers, skiers, cyclists, body builders, tennis players etc., are often driven to push their bodies to the limit and this can cause a huge burden on their Mg levels.  With a Mg supplement, endurance and performance will be enhanced.   The effects of lactic acid build up will be reduced and post exercise pain and cramping will be minimized.

A certain Florida high school football team coach was trying to find a remedy for the frequent complaints of leg cramps by his players.  His answer was to give them all a calcium supplement before a demanding game on a very hot day.  In the second half, eleven players started showing signs of distress.  They were disorientated, could hardly walk, they had severe muscle cramps, slurred speech and were breathing heavily.  Soon after, eight of the boys collapsed having seizures with two of them having repeated convulsions.  The ones affected the most were those that had had the hardest game.   Thirteen more boys complained of nausea, weakness, headaches, blurred vision and muscle twitching.

Why did this happen?

All the boys recovered from this frightening affect, but what was the cause?

Caroline Bradley – Top showjumper Caroline Bradley collapsed and died after suffering a heart attack during an event at the Suffolk Show on June 2nd 1983. She was pronounced dead on arrival at Ipswich hospital, and was only 37 years old.

Marc-Vivien Foe – In 2003, Manchester City and Cameroon footballer Marc-Vivien Foe, died after collapsing on the pitch during an international match.
He was just 28 years old.

And in the United States

Flo Hyman –  Flora Jean “Flo” Hyman was an American athlete who played volleyball.  She was an Olympic silver medalist and played professional volleyball in Japan. She died during a match in 1986.  She was 31 years old.

Hank Gathers – In 1990, college basketball star player Hank Gathers, collapsed and died during a game.  He was just 23 years old.

Reggie Lewis – Reggie Lewis suffered sudden cardiac death on the basketball court at an off-season practice on July 27, 1993. He was 27 years of age. There was speculation that he took cocaine and this contributed to his death.  It is noteworthy that all narcotics including cocaine will rapidly diminish magnesium levels.

To help replace the Mg losses from sweating, stress and exertion from intense training, it is advised by Dr. Seelig, a Mg specialist, that a 220 lb man should have 600 – 1000mg of elemental Mg per day and a woman weighing 150 lb should have 400 – 680mg per day. 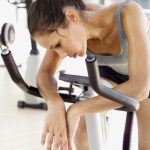 Do You Feel Tired And Not Able To Exercise?

Don’t beat yourself up over it.  You’re not lazy, you’re not weak-willed or bone idle.  If you haven’t got the energy stored in your body, no matter how hard you try, you will not be able to do the amount of physical exercise  you want to.  If you strain yourself to do some exercise or training, you will no doubt suffer the next day from muscle aches and pains, or worse.  What’s the fun in that.

Mg is required for the body to produce and store energy.  Without it there is no energy, no movement, no life. 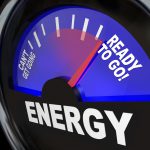 Magnesium both relaxes and energizes

The most amazing thing about Mg is that, despite it being a relaxant, it also provides energy without being a stimulant.  It will keep you energised during the day and also enable you to have a good nights sleep.  It will make you feel calmer.  You won’t

be so affected by the everyday problems, trials and tribulations which would normally stress you out.  You will be able to calmly overcome and deal with the problems that arise.

Mg citrate is a good supplement, especially if you have digestive problems like constipation and/or IBS.  If you use Mg citrate powder, you will find it easy to control your dosage.   It is a gentle laxative so you won’t be rushing to the loo as long as you up your dose slowly until you are comfortable with the result.  Tablets can be rather large and difficult to swallow and the powder is quite often cheaper.  Mg Citrate is especially good for children because it is so easy to adjust the dose with powder.  Also it is tasteless, so the powder can be put in soups, sprinkled on porridge, in stews and casseroles etc.. It can be taken in water or juice but is a bit gritty. 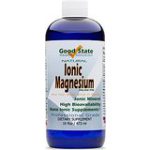 IMHO Mg chloride is the best there is and it is not laxative at normal doses.  It is completely bio available.  It can be administered topically or orally. The oral version doesn’t taste great.  It needs to be taken in water and a little cordial will help alleviate the bitter, salty taste. Please don’t use ‘light’ cordials, they will have the dreaded aspartame in them.  Aspartame depletes Mg.  Using Mg chloride topically is an alternative to taking the supplement orally.  My recommendation would be Ancient Minerals a well known and high quality topical Mg chloride to apply to the skin.

Have a look at my page on the Best Magnesium Supplements if you want to know more about all the Magnesium salts that are out there.  If you’re already taking a Mg supplement, let me and others know about it by leaving a comment!

We finish as we started, talking about your fitness program and exercise.  Once you start taking Mg, you will notice a change in your energy levels almost immediately.  You will be able to do more work, do your training or exercise and do all those little jobs on your list that you couldn’t be arsed to do because they were too tiring and it left you exhausted.  Don’t take my word for it, take Mg.

I would be very pleased, if you live in the UK, to send you a free Mg sample so you can try it for yourself.  Just send me an email at   ches@psmicrographs.co.uk  with your address and I will post you, free of charge, either Mg Chloride or Mg Citrate, whichever you prefer, with enough for one weeks supplementation.

I look forward to hearing from a healthier, happier de-stressed, relaxed you!  Ches 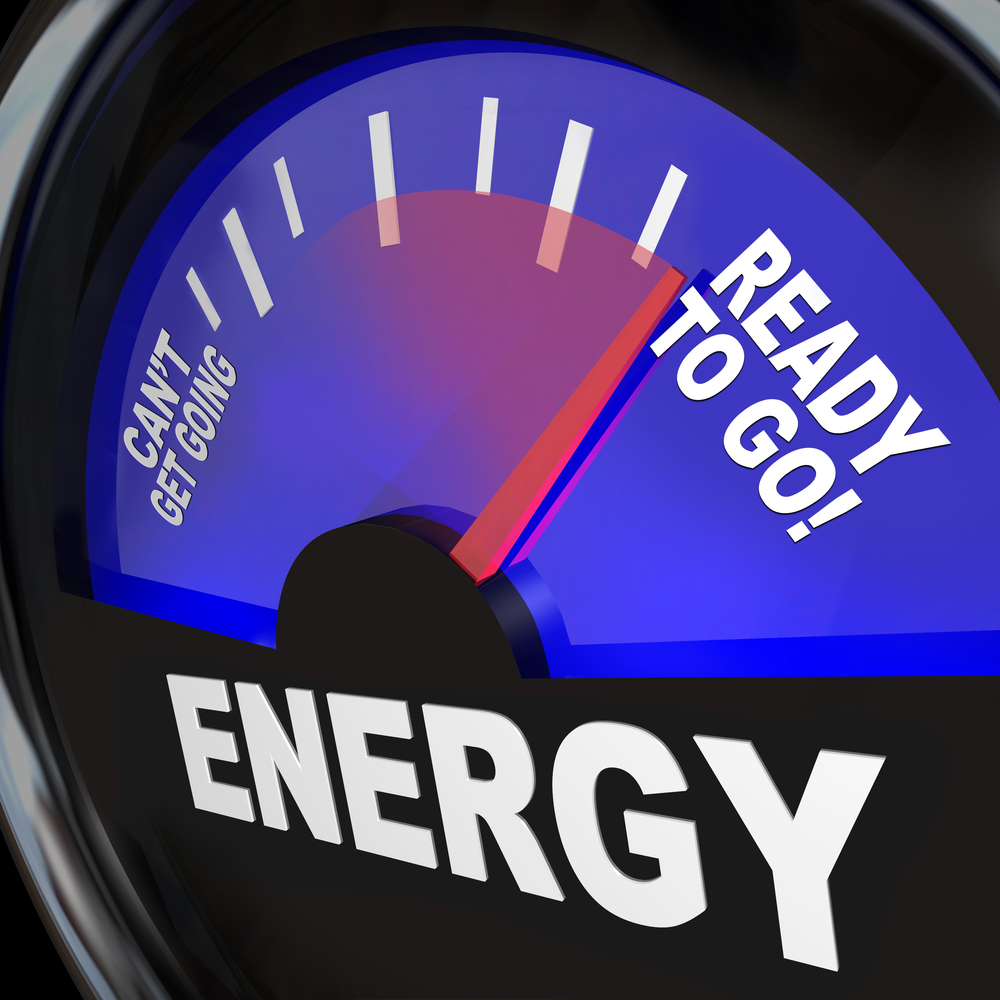 Article Name
Magnesium and Working Out
Description
Information on how magnesium deficiency can have a detrimental affect with exercise and working out. This includes the little known 'sudden cardiac death syndrome' which can cause sudden death in athletes from over exertion and lack of magnesium.
Author
Ches Power
Publisher Name
https://magnesiumandhealth.com
Publisher Logo

16 thoughts on “Magnesium and Working Out”