The concept of people and Parkinson’s Disease (PD) is that the sufferer has the shakes and cannot move properly because of it.  But there is much more to this debilitating disease than the general population knows about and I want to go through the early stage symptoms and then how the disease progresses and the treatment that’s available.  I also want to discuss methods of relieving this condition that are not recognised or even offered by the general medical profession.

Although syptoms can be different for each sufferer, movement related problems are 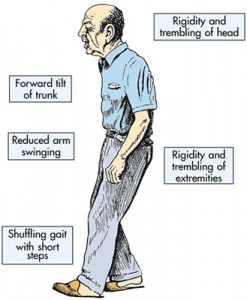 usually the first to occur, with people having difficulties in walking and moving around freely.  Tremor, shaking and rigidity are other obvious symptoms.  Balance is often a problem where there is a tendency to be unstable when standing upright, turning or getting out of a chair.  There is definitely an increased risk of falls as the disease progresses.

In the advanced stages of the disease, behavioural and cognitive problems may arise with dementia commonly developing, along with psychiatric symptoms such as depression.  The incidence of PD increases with age with the majority of sufferers being over the age of 40-50.  Men are one and a half times more likely to contract PD than women.

A low percentage of people develop the disease before this age and this is known as YOPD (Young Onset Parkinson’s Disease).  Although it is devastating for a person in their prime to be diagnosed with Parkinson’s, it is often the case, that contracting it at an early age means the condition will progress much more slowly.  Many patients will actually be able to lead a full life with full-time occupations and in some cases giving birth to healthy babies.

Parkinson’s is a progressive neurological condition that worsens over time.  The condition occurs because of the death of nerve cells within the region of the midbrain, known as the ‘substantia nigra’.  Dopamine, which is generated within these dying cells is then compromised and without dopamine, symptoms of Parkinson’s will start to appear.  Dopamine is responsible for sending messages to the brain which controls our movement

Many times, PD can slip through the net of diagnosis and some sufferers won’t even know they’ve got it until symptoms become evident.  Even then, people that take exception to visiting doctors will wait until their symptoms are intolerable before venturing to the doctor’s surgery.  There are cases where people have been misdiagnosed, as PD symptoms can be similar to other conditions such as ‘essential tremor’.
Parkinson’s is not diagnosed with blood tests or other laboratory screening. The patient is referred to a specialist who will examine them and look for the typical signs of PD.  The specialist will also ask for a history of the patients symptoms.  Parkinson’s does often develop slowly and symptoms could be mild from the onset and insidiously increase in severity as time goes by.
Confirmation that you have actually got PD can sometimes take longer than expected with some diagnoses taking years to be definitively confirmed.  It is often a challenge for the specialist to be certain as to what type of parkinsonism a patient has in the early stages.  Responses to medication can be varied and undefined.  The feedback from a patient to the different medications will help the specialist pin down the actual parkinsonism a person has.  This does mean that diagnosis can be a drawn out affair in some instances. 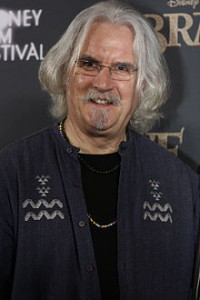 Parkinson’s inflicts all people from all walks of life, including those more prosperous and famous than so called ordinary folk.  When Parkinson’s strikes, everyone is in the same boat and all the prosperity and fame is not enough to quell the distress of learning you have PD.

In September 2013 Billy Connolly, the famous Scottish comedian, underwent minor surgery for early-stage prostate cancer. The announcement also stated that he was being treated for the initial symptoms of Parkinson’s disease.  Connolly admitted earlier in 2013 that he had started to forget his lines during performances.

Although there is currently no cure for Parkinson’s there is some evidence as to why it occurs and I will elaborate on this evidence later on in this 4 part post.  I will also tell you what can be done to reduce your likelyhood of contracting this debilitating disease.

Meanwhile, you may be interested to learn that it is estimated that over 600,000 people in the US are diagnosed with Parkinson’s each year.  More than a million sufferers are having to live with this disease in the US alone.  One person in every 500 in the UK are estimated to have it with a figure of 127,000 being diagnosed each year.   For world statistics, you’re looking at around 10 million having Parkinson’s and that doesn’t include those, estimated to be many, that go undetected.

Could I die from Parkinson’s?

The majority of researchers and medics believe that having PD will not directly cause the death of a sufferer and their life expectancy will not be significantly affected.  Symptoms do, however, worsen over time and some of the more advanced conditions can make patients more vulnerable to infection and poor health.

Preparing for life with Parkinson’s

Once you have been diagnosed with PD you will be able to find much information and advice on how best to cope with this disease and keep your quality of life to its optimum. Everyone has differing experiences and symptoms to contend with and symptoms do vary markedly from person to person.
The symptoms usually begin very slowly and develop over time.  Some will be more troublesome than others with their development being in no particular order.
The early signs can often be a feeling of tiredness and weakness along with poor co-ordination when using your hands.  Handwriting can start to become difficult with shaking and tremor of the hands and arms.  These symptoms can often take years to progress and sufferers can lead a normal life for much of the time.  As the conditions progress to the point where it becomes a problem, medication and other types of maintenance will need to change to deal with the differing stages of the disease.

In Part 2 of this post, we will be looking at how Parkinson’s Disease is treated and the different medications and methods used. Part 2 will be published on 6th January 2016.

Please don’t hesitate to make contact with a comment.  Your experiences and thoughts on PD can be really helpful to those suffering from this disease.  Ches Power 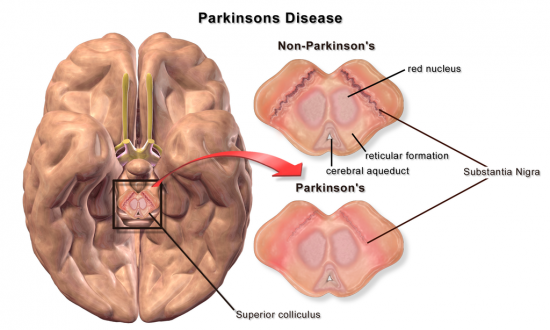 Article Name
People and Parkinson's
Description
The concept of people and Parkinson's is that the sufferer has the shakes and cannot move properly because of it. But there is much more to this debilitating disease than the general population knows about and I want to go through the early stage symptoms and then how the disease progresses and the treatment that's available.
Author
Ches Power

8 thoughts on “People and Parkinson’s”