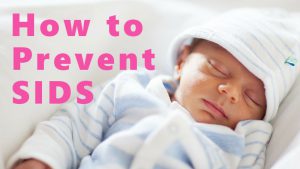 Sudden Infant Death Syndrome often known by the acronym SIDS must be one of the most devastating events that can happen to a family.  Parents immediately start to put blame on themselves, questioning their behaviour and wondering what they could have done differently.  This is an understandable reaction to this tragedy but with support of family and friends, a parent will hopefully come to realize that nothing could have been done and it’s not their fault.

Protect your baby against SIDS

BUT, and this is a big but, there is something that expectant mothers can do to help protect their unborn child from becoming a victim of SIDS.  This protection is simple and safe and in fact, will protect the expectant mother as well as the child from many kinds of illnesses and conditions, now and in the future.

You should be told!

This is something that should be relayed to you by your medical professional and/or obstetrician but unfortunately, this is often not the case.  This simple preventative measure should be available to all pregnant women.  It is safe, cheap and necessary for the health of mum and baby, not to mention the rest of the family. 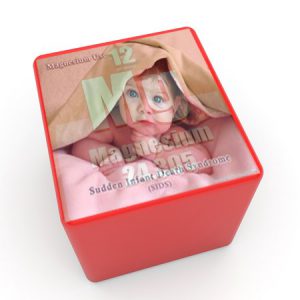 Will you take it?

You know what I’m talking about but will you take it or will you take a chance?  Are you pregnant or trying for a baby, if so, this mineral is one of the most important nutrients necessary to keep healthy and protect yourself against the most devastating conditions that afflict mankind.  This is not for just when you’re pregnant, this is for all time.

But let’s get back to SIDS.  What does the research say about this condition?¹  Despite the research that’s been done regarding SIDS, Cerebral Palsy and Preeclampsia and citing Magnesium (Mg) deficiency as exacerbating or causing these serious conditions, little emphasis is given to the mother and child about receiving adequate amounts of this vital alkaline metal.

Beneficial effects of Mg supplementation has been well established for mother and fetal development and for the baby at birth.  This also applies to babies’ first months when SIDS often strikes.  One of the possible causes of SIDS is thermoregulation.²  Temperature control is critical in the baby’s early stages of life.  If the child is deficient in Mg gained from a deficient mother, this regulation can be compromised.  Why is this?  Mg is known to be a 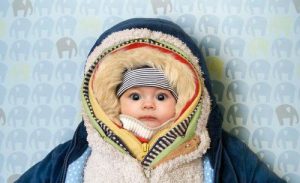 regulator of temperature in the human body.  If you want to take your baby’s temperature, use the area directly under the joint where the arm connects to the shoulder, known as the axilla.  The acceptable axilla temperature range is 36.7 – 37.3°C. (98.06 – 99.14ºF).

There is much an expectant mother can do to reduce the risks of problems for her and her child, during pregnancy and for her baby’s first months.  The chances of having Preeclampsia, her baby getting Cerebral Palsy or being struck by SIDS can be drastically reduced by this simple supplement.  Pregnant women are advised to take more Mg than the normal RDA for adult females, but the amounts advised are still too low according to experts.  RDAs range between 300mg – 400mg a day for pregnant women, depending on the source.

Gaining Mg from food is, of course, the best way, but unfortunately our foods are depleted of Mg in our modern diet due to agricultural practices and junk food.   The bias towards Calcium (Ca) supplementation, which is not matched by Mg, is causing many problems of calcification in the body and excitation of cells resulting in cell death with massive amounts of cardiovascular diseases in the general population.  Mg and Ca must be balanced to work in harmony together.  An excess of Ca is very common, an excess of Mg very rare. 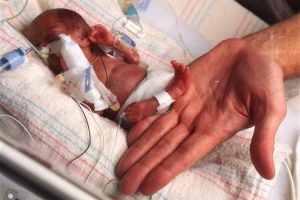 Apart from temperature control, one of the other risks with SIDS is suffocation.  Up to the early 1990s, mothers were advised to put baby down in the prone position ie. on their tummy.  Research came out indicating that lack of Mg in the new born produced muscle weakness, the weak neck muscles disabling a suffocating infant from moving his head to one side.³ Studies also suggested that low infant birth weight and muscle weakness was exacerbated by low Mg levels in the mother and consequently the fetus.

From the mid 1990s mothers were advised to put babies on their backs.  New studies and reviews confirmed that SIDS deaths were coming down at a remarkable rate around the world and this was attributed to the new directive.

There has been a good amount of Mg research, particularly in the last century and I think the fact the research is old, precludes it from being considered in this modern age.  Just because something was researched years back, does not make it unworthy.  In fact, I would trust older research, more than modern research.  Dr John Ioannidis, Professor of Medicine and of Health Research and Policy at Stanford University School of Medicine states “Much of what medical researchers conclude in their studies is misleading, exaggerated, or flat-out wrong. So why are doctors—to a striking extent—still drawing upon misinformation in their everyday practice?”4

There is so much corruption since Big Pharma and other large consortiums are more controlling of the medical profession.  You can’t be sure if the researcher is affiliated to a drug company or if the researcher/s named, actually did the research!  Research results are known to commonly be ‘massaged’ and drugs rushed through the FDA on the strength of low-grade research often based on bad science.

If you make sure you are replete in Mg and that you’re eating a healthy diet with no sodas or junk food, no smoking and no

alcohol, getting gentle exercise and a good night’s sleep, you should be well on your way to having a happy healthy pregnancy and producing a happy and healthy baby.  This site will give you added information on how to protect your child against other hazzards like suffocation, overheating.  Here is a leaflet that they produce which gives great advice on what to do and what not to do.

Why the lack of information?

IMHO, the lack of information about this mineral and other nutrients, lies with the predisposition of the medical profession, to prescribe pharmaceutical drugs in preference to a natural treatments like Mg.  There are exceptions to this lack of knowledge by medics and I list three below:

Mg treatment is given to pregnant women for preeclampsia.  Preeclampsia is a serious condition that occurs in pregnancy.  A woman deficient in Mg is more likely to suffer with this condition.  This is common knowledge by obstetricians and other doctors.  So why don’t medics advise their patients to take a Mg supplement and eat Mg rich foods? This should be standard procedure for the first pre-natal consultation!

My husband was treated with intravenous (IV) Mg sulphate when he suffered serious arrhythmia attacks.  These attacks happened quite frequently and he had to be rushed to hospital to have his treatment.   So why was my late husband not given a Mg supplement when first diagnosed with atrial fibrillation?  This, again, should be standard procedure for all patients with this debilitating condition, which my husband died of!

In some hospitals, IV Mg sulphate is given to patients presenting with heart attack.  So why are we not advised by our cardiologists to make sure our Mg levels are at the optimum?  This simple piece of information would save lives and diminish much distress and anguish!

I am at a loss as to why and how this information is not relayed to the population as a whole, a population that is riddled with nutrient deficiencies with Mg being the most vital.  Mg controls hundreds of enzymatic processes. It controls our energy production. It is vital

for DNA and RNA production.  Mg regulates the other key electrolytes, Ca, Sodium (Na) and Potassium (K).  It is essential in protein synthesize and is vital for healthy muscle, including our heart muscle.  It is intimately involved in nerve transmission and is essential for the health of the CNS (central nervous system).

The lack of Mg is the cause of much distress and ill health.  Out of all the nutrients necessary for a healthy body Mg is of paramount importance. Mg is the forgotten mineral, which is to the detriment and impairment of our overall health.

“Magnesium depletion may represent the most frequently unrecognized electrolyte abnormality in clinical practice today..There appears to be as much as an 85 to 95 percent shortfall in the clinical recognition of abnormal serum (blood) magnesium..The role of magnesium in cellular function, both in health and disease, remains largely unknown to medical clinicians.”
-Dr. Robert Whang, MD
“Every known illness is associated with a magnesium deficiency.  Magnesium is the most critical mineral required for electrical stability of every cell in the body.  A magnesium deficiency may be responsible for more diseases than any other nutrient”
-Dr Norman Shealy, M.D., Ph.D. American neurosurgeon

It is vital for everyone

If you are pregnant, thinking of getting pregnant, have just given birth, have a newborn infant.  If you are a man, a woman, a senior, a junior, a teenager, a toddler.  If you are a human, you need this mineral every day of your life.  It is akin to needing water.   Ches 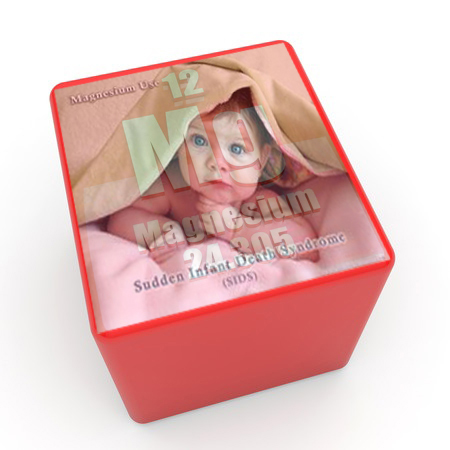