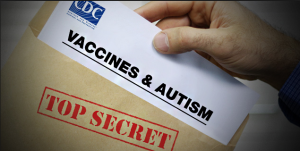 In Part 2 of CDC – the vaccine fraud, I would like to remind you just how fraudulent the pharmaceutical industry is. This is why you should be so careful and do your homework, before you ingest any of the drugs or have any procedures that the pharmaceutical industry produce and that includes vaccinations.  For Part 1 click here  and Part 3, Part 4, Part 5 and Part 6.  But first some information about childhood diseases.

When I was a child, I had just the tuberculosis (BCG) vaccine and the smallpox vaccine? I’ve had the chicken pox, the measles and german measles.  I had these diseases just once when I was a child. I don’t need to be boosted to keep my anti-bodies up.  I will never get these diseases again because my immunity is strong.  I’ve never had a tetanus jab nor a diptheria or whooping cough (pertussis) vaccine.  My husband, who has actually worked with vaccines in a professional capacity, knows how they’re made and what goes into them.  He chooses not to have any vaccinations including the flu jab.  It is his choice, as it should always be yours.

I have been looking at the GOV.UK website which give details of all the measles notifications and deaths in England and Wales between 1940 and 2016. The figures below show the percentage of those that died of the measles compared with the total number of those that contracted the disease:

Although 2010 was a good year with no deaths, 6 years on in 2016, the figure is back to that similar to the 1950 figure and is worse than the 1960, 1970 and 1980 figures.  The only anomoly is probably the 1940 figure which could be attributable to the war when many of the population were unhealthy and living on rations.

I do not think that giving our children the measles vaccine for all those years has really done us any favours.  Those whose child has had an adverse effect will surely agree.  Having a natural immunity from catching the disease is by far the best way and the immunity is for life with no boosting and introduction of toxins necessary. 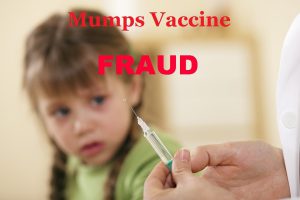 Apart from yet another scandal about Merck’s fraudulent activity, I think this vaccine is of dubious efficacy as this lawsuit claims.

I’ve never had mumps but hubbie has.  In fact he said the whole family had it except just one of his brothers (he has 3).  He remembers his father being quite ill but the rest of the family were under the weather for around a week. 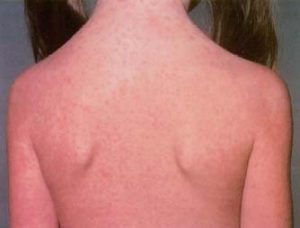 I had rubella when I was about 14 years old.  I wasn’t allowed out for a week once the rash appeared and it is at this time the disease is contagious.  I felt no effects from having the virus. Many people don’t even know they have it.  The problem with rubella is that it can be dangerous to an unborn child.  A fetus of less than 20 weeks is at risk of getting birth defects or the mother can suffer a miscarriage.

Out of the three, Measles, Mumps and Rubella vaccines, I can only see a requirement for the Rubella vaccine.  I had Rubella at age 14 years and could easily have infected a pregnant women with the virus.  My mother though, knew that I had to be kept indoors for at least a week after the rash to ensure I was not contagious.  Perhaps being educated about it would be as effective and could avoid any infant having a serious reaction from the vaccine, that’s if it is the Rubella part of the vaccine that causes problems, we just don’t know.  No independent research to say Rubella is safe has been done.

The MMR vaccine has obviously got some serious problems associated with it and despite the powers that be insisting it is safe, it obviously isn’t, just ask a parent who’s child has been vaccine damaged.  Finding out why it affects some infants to the point of maiming them for life, is the most important independent scientific research necessary to be done now, for the sake of all our children.

Single vaccine is one way to go 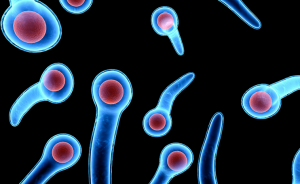 Just a note about tetanus.  Spores of the bacterium that cause tetanus, Clostridium tetani, are found in soil, dust, saliva and animal faeces.  Because it is everywhere, we are continually being bombarded with these spores. It lives within us and is found on the surface of the body, in the mouth, in the gastro-intestinal tract, in house dust and clothing. This continuous contact with the bacteria, gives us a natural immunity and it is usually only the really sick, immune deficient or weakened person who will succumb to it.

Tetanus deaths have been declining steadily over the 20th century with death rates recorded as just 3.5 per 1 million people in 1947 down to 1 death in 50 million in 2007. I think it is a complete waste of money, but the pharmaceutical industry would disagree. They have raked in billions in profits with this vaccine.

You are only customers to big pharma

This massive industry is only interested in you and your family as customers, customers who produce massive profits for them.  Don’t think for one moment they are worried about your health.  When they do produce a drug that kills or maims, they will put up such a fight to try and discredit the victims, you wouldn’t believe.  They have no morals.

Some facts for you 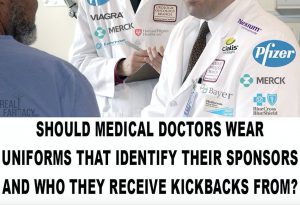 One of the most common forms of fraud by big pharma are kickbacks.  Kickbacks are rewards given to medical personnel and medical professionals to entice them to prescribe a particular pharmaceutical drug.  Examples are: cash, jewellery, free vacations, sponsored retreats, lavish gifts etc..  Because of this fraulent activity, it makes you took twice at your doctor and wonder if he/she is being rewarded to prescribe the drug you are being given.

From 1991 through 2015, GlaxoSmithKline and Pfizer reached the most settlements (31 each) and paid the most in financial penalties — $7.9 billion and $3.9 billion, respectively —to the federal and state governments. Johnson & Johnson, Merck, Abbott, Eli Lilly, Teva, Schering-Plough, Novartis, and AstraZeneca also paid more than $1 billion in financial penalties. Thirty-one companies entered into repeat settlements with the federal government from 1991 through 2015, with Pfizer (11), Merck (nine), GlaxoSmithKline, Novartis, and Bristol-Myers Squibb (eight each) finalizing the most federal settlements. 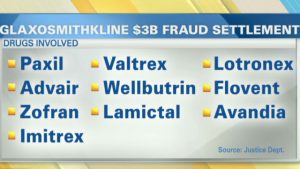 On 2nd July 2012, GSK pleaded guilty to criminal charges and agreed a $3 billion settlement, the largest health care fraud case in the US and the largest payment by a drug company.  Their violations included: 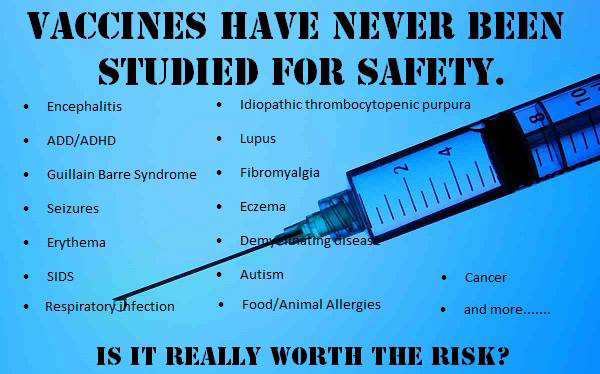 I’m sure most of you have no sympathy for these drug companies who flout the law at the expense of the lives and health of all of us.  But what about vaccines.  Why is it so many trust the safety and efficacy of vaccines, despite the public having no comeback when a vaccine damages them or their child and despite there being no studies proving that any of the vaccines are safe.

They have all broken the law!

Many of the above pharmaceutical companies produce vaccines, including those that have had lawsuits brought against them to the tune of billions of dollars. Do you actually trust these companies to do their best to keep their vaccines safe and effective, especially when we are putting these dubious chemicals into our children and they have no fear of being sued if they kill or maim your child?

The top 3 vaccine producers are…

GSK, Merck and Pfizer.  Remember Merck in Part 1… “we may need to seek them out and destroy them where they live…”.  Then there’s GlaxoSmithKline the biggest perpetrator of fraud with Pfizer coming in a close second.  Why didn’t the CEOs of these fraudulent companies get a jail sentence.  The courts would rather put a mother in prison whose only crime was to refuse to have her child vaccinated.  She was just trying to protect her infant from being injected with chemicals produced by criminal companies such as these three! 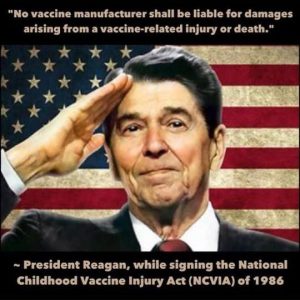 Immunity given to vaccine industry in 1986

When big pharma threatened to withdraw from making vaccines because of the risks of them being sued, they lobbied the government of the day to get some kind of immunity against prosecution.  In November 1986, Ronald Reagan was pressurised into signing a law which gave vaccine manufacturers carte blanche to manufacturer any vaccine they wanted without any comeback if it didn’t work or worse, if it killed or maimed.  This is when the Vaccine Court was set up in the US.

No research, no problems, no comeback!

The only comeback big pharma has is if they find dangers or problems during their research and do not disclose them. They would then be liable.  So what do you think happens now?  Well, what happens is they don’t do any safety studies, that way nothing can be found to discredit them.  No research, no problems found, no comeback on them.

100s of new vaccines being produced!

The law gives big pharma no incentive to conduct studies.  They are liability free to market to nearly 80 million US children.  This gives an enormous incentive to develop more and more vaccines.  That is exactly what is happening with hundreds of new vaccines ready to flood the market.  Do we really need them all, or are we flooding our children’s bodies with unnecessary toxins which actually weaken their immune system, making it necessary to give regular boosters. 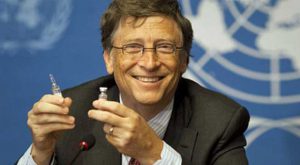 India — On February 28, 2017, the Bill and Melinda Gates Foundation’s (BMGF) support of India’s immunization program will cease to exist after the government has moved to sever ties with the billionaire’s organization.  Citing a ‘conflict of interests’, however, according to the India Times, the Gates Foundation’s “ties” with pharmaceutical companies is part of the reason they shut the gate on BMGF.

We are too trusting

We are all too trusting of this massive industry which has fallen by the wayside regarding its morals, its fraudulent activity and its callous lack of care for those that pay through the nose for its drugs and procedures often with deadly results.  You would think this industry would acknowledge that some children will be affected by their vaccines and put up a trust fund to try and compensate somewhat.  But no, they are too greedy.  They just don’t care if some of their ‘customers’ become sick or die from their drugs.  In fact, they would prefer them to become sick so they can ‘control’ that sickness for life.  Are you on a drug for life?

Next week in Part 3

Learn about the vaccine court and how the public is at such a disadvantage if they choose to sue.  Who do they have to sue?  The government of course! 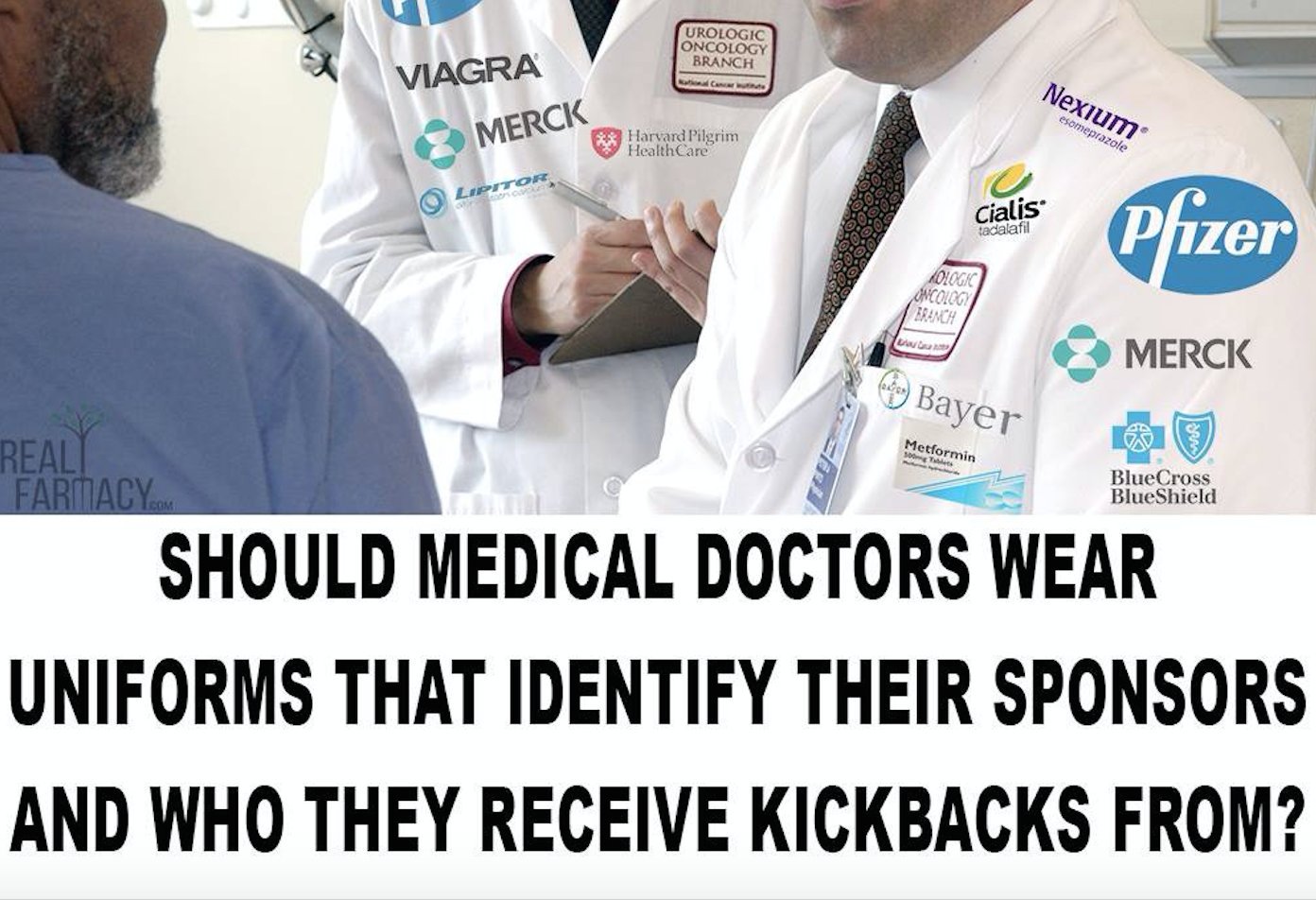 Article Name
CDC - The Vaccine Fraud - Part 2
Description
I would like to remind you just how fraudulent the pharmaceutical industry is. This is why you should be so careful and do your homework...
Author
Ches Power
Publisher Name
https://magnesiumandhealth.com
Publisher Logo