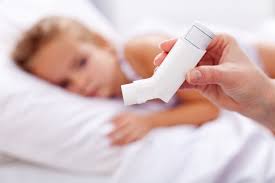 Have you ever wondered why so many children seem to get asthma nowadays?  Is it just a coincidence that the numbers are going up? ‘Asthma and Children’ discusses the direct correlation between asthma and what we eat and the nutrients that are available, or should I say unavailable, in our modern diet.

What is asthma exactly?

Asthma is a disease of the lungs where the airways become inflamed and narrowed.  This causes coughing and wheezing with a shortness of breath, making it difficult to breath.  It is an uncomfortable and sometimes frightening condition.  Sufferers often think they are suffocating and with this stress and fear, an attack can be exacerbated.

Asthma seems to have really increased over past decades with the worldwide figures at the last count now at 300 million.   According to the CDC (Centers for Disease Control and Prevention) in the US, the latest asthma data shows current asthma numbers for US at:

These are quite staggering figures but some researchers say the numbers are as high as 15% of all children in the US, but nevetheless the data are shocking. 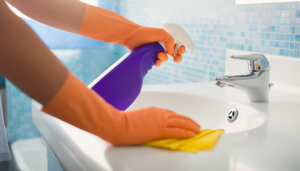 So what’s going on?  There is the ‘cleaner world’ hypothesis which some researchers say has caused the surging global increases of asthma.  The notion being that exposure in youngsters to various viruses, parasites and bacteria actually increases their immune system, keeping it strong and able to fight future infections.  But now, in our clean sanitary world, the immune system is, in effect, starved of ‘training’ and thus is weakened allowing diseases to take hold more readily.

This hygiene hypothesis was put up by a British epidemiologist who worked out that the more children in a family, the less likely their rates of hay fever and eczema.  (Asthma sufferers often suffer from eczema before succumbing to asthma).  His theory was that large families tended to exchange infections, colds and flu more often, giving their immune system a good boost of pathogens and antigens thus strengthening their immunity to further attacks.

This hypotheses has fallen on stoney ground and it is now recognised that most researchers and medics just don’t seem to know why asthma has become so rampant.

Perhaps the answer is more simple

Perhaps they should be looking elsewhere for the answer.  Perhaps the answer is simply to do with what we put into our bodies as a way of nourishment.  Maybe more notice should be taken of research that was done earlier, research which has come up with a viable explanation. 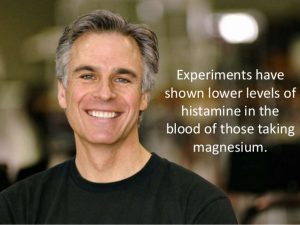 The above CDC statistics are tragic but there is a striking coincidence here.  As the figures for asthma sufferers rise, the amount of magnesium (Mg) in our food supply and our soils has declined, to critical levels.

There have been many studies undertaken which actually link Mg deficiency to lung disorders.  This research also proves that repleting Mg levels to optimum will improve lung function and reduce levels of histamines and stress hormones.  These  become elevated causing muscle spasms and inflamation, which in turn narrow the airways.  Mg controls the release of histamines and stress hormones.  It also relaxes the muscles and prevents inflamation.  It will also relax the mind and calm the asthmatic which in itself will reduce the seriousness of an attack.  Mg can actually stop an asthma attack before it starts but with a deficiency, the asthma sufferer will be more prone.

The drugs prescribed for asthma mainly consist of ventolin (albuterol), beta-blockers and corticosteroids.  The problem with these drugs is that they are renowned magnesium wasters, so one of the side effects is that they can cause a severe Mg deficiency.  This has its own dangers such as arrhythmias which can cause sudden death.¹  Apart from its known side effects, the drug aminophylline not only depletes Mg but also suppresses 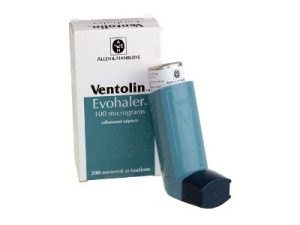 vitamin B6, necessary for Mg function.  As for the commonly used drug Prednisone, this also depletes Mg as well as causing fluid retention, sodium retention, increasing urinary excretion of zinc, vitamin C and vitamin K and in addition suppressing vitamin D by default because vitamin D needs Mg to activate its storage form.²

Mg sulphate has been used successfully in the treatment of asthma when conventional drugs have been ineffictive.  A study done in Europe gave IV (intravenous) Mg sulphate to a group of children who had deteriorated despite being administered drug medication.  A placebo was given to half the group.  Those given the Mg had lower clinical asthma scores and they had a significant improvement in lung function over a 1½ hour period.³  This indicates that Mg is a safe medication for asthma sufferers and can be administered when conventional drugs do not work. 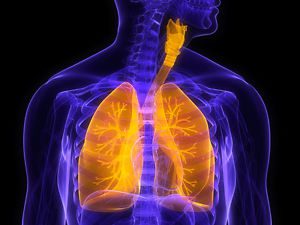 In 1998, another study showed a connection between intracellular Mg levels and airway spasms.  It was found that asthma sufferers who had low cellular Mg levels had increased bronchial spasms.  This was confirmation that not only was Mg useful in treating asthma by dilating the bronchials but a lack of Mg was probably a cause of the condition.4

It may be a simpler, cheaper and definitely happier solution to make sure that those suffering from bronchial spasms and asthma are replete in Mg to start with.  This will likely limit the asthma attacks and/or the severity and for those children and adults who always have good reserves of Mg, it could even give protection against getting asthma altogether!

A good practice would be to check for Mg deficiency in children that have succumbed to asthma.  Is this done?  It may be in some doctors’ surgeries and if it is, it could be a double edged sword!  This is because in the US and in the UK the ‘total serum Mg test’ is generally the only test done to assess Mg within the body.  The Mg RBC test is more accurate as it tests up to 40% of the body’s total Mg, but it is still not ideal and most surgeries don’t offer it anyway.

This is what happens when dogma and an inability to change, encumbers the medical profession, making a profound difference to a patient’s diagnosis!  This mis-diagnosis could cause incalculable distress and misery for a patient that may have a simple Mg deficiency.  So patients are told that Mg levels are normal and they dismiss the fact that a Mg deficiency could be the cause of their condition.  This is the same for asthma as it is for many other Mg deficiency dependent diseases and ailments.

Why is this test so inaccurate?

Less than 1% of our body’s total Mg can be measured in blood serum.  Most of our Mg is found in bones – around 60% and inside muscle and other cells – around 40%.  If Mg drops in the extracellular fluids, there’s a danger of a heart event.  Thus, the body makes sure that the amount of Mg in blood fluids is stable at all times, taking from other sources if necessary, even when bodywide levels are low.  This means, even if you are deficient in this mineral, your body will keep your blood serum magnesium level normal.  This is common knowledge, or should be, so why is this unreliable test done in the first place? As a point of interest, I had my Mg tested and it came back as normal, despite the fact I was very seriously Mg deficient at the time!

I decided to randomly look at just one of the many asthma sites on the web. I came across The Asthma Center.  This site has loads of information on asthma, what it is and how the condition progresses etc..  For those that are interested, they have a very useful pdf information sheet on pediatric asthma which you can download here.

I searched the site for anything relating to ‘Magnesium’.  There was not one mention of it, not even one.  There has been so much research now, why isn’t the medical profession using Mg in their arsenal of medications?  Why are they not keeping up to date with research?

Researchers from the University of California, did a study in 2010.  52 volunteers with asthma were split into 2 groups.  One received a Mg supplement and the other a placebo.  After the end of the study which lasted 28 weeks, researchers discovered that the supplemented group showed a distinct improvment in lung activity as well as the ability to move air in and out of their lungs.  You can see the study results here:  Magnesium Supplements May Benefit People With Asthma. National Center for Complementary and Alternative Medicine (NCCAM), 10 Feb. 2010. Web. 25 Feb. 2013. 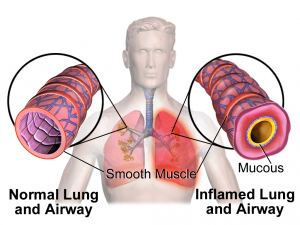 It must be stressed that many multivitamin supplements do not contain Mg.  If they do, the amount is usually minuscule and completely unbalanced with the other vitamins and minerals included, not least calcium (Ca) which is an antagonist of Mg and needs to be balanced with it 1:1.  This could be why studies, like the one below, have shown that multivitamins can be associated with asthma and allergies: Early infant multivitamin supplementation is associated with increased risk for food allergy and asthma. Pediatrics. July 2004;114:27(1)32. [PubMed Abstract]

I have mentioned just a few researches and studies done on this subject but there are many more confirming the connection between low intracellular Mg levels and the incidences of asthma.  In any event, even if you are sceptical and your doctor has told you to ignore it, making sure your Mg levels are replete will do nothing but good for you and your children. 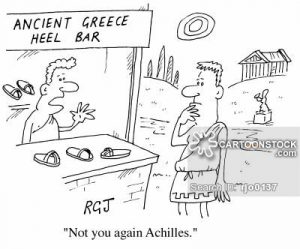 A Mg deficiency is the cause of so many conditions, diseases and illnesses, eminating from so many areas of the body and brain.  I think this could be Mg’s achilles heel.  It does so much that many people think it can’t be true that just this one mineral can protect the future health of the population and change lives, why not change yours?

Article Name
Asthma and Children
Description
Have you ever wondered why so many children seem to get asthma nowadays? 'Asthma and Children' discusses the direct correlation between asthma and nutrients.
Author
Ches Power
Publisher Name
https://magnesiumandhealth.com
Publisher Logo

8 thoughts on “Asthma and Children”