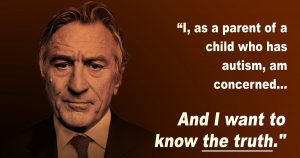 How many of you have been told by your government, your doctor, the FDA, the CDC, that vaccines are safe and effective?  Of course, the pharmaceutical industry are always touting the safety and efficacy of their products, but that’s to be expected, they’re all about making profits, which is at the top of their priority list. Click here for Part 2, Part 3, Part 4, Part 5, Part 6.

Until October 3rd 2019, you can see the film VAXXED

See it for free while you can, it will likely be withdrawn before 3rd!

Where is the science to prove vaccines are safe?

All the authorities that deal with our health as well as the media, news agencies and certain eminent medical professionals, keep telling us that our extensive vaccine program is safe for our children.  Famous people such as Penn and Teller (magicians)
have been paid to tell you, in no uncertain terms, with swearing included, to get your children vaccinated.  Ironic that they are in the business of deceiving and tricking the public!

Perhaps Penn & Teller did the research?

Perhaps Penn and Teller have been privy to research that proves vaccines are safe and efficacious.  I for one would like to see this research and so would a multitude of other people, especially those whose child has been vaccine damaged.  There has been some research done by the CDC (Center for Disease Control and Prevention) but it turned out to be fraudulent but we’ll get to that later. 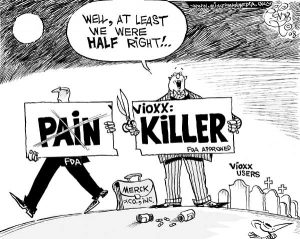 In an Australian court case regarding the killer drug Vioxx made by Merck, those doctors who criticised the drug were put on a Merck ‘hit list’  containing doctors names labelled “neutralise”, “neutralised” or “discredit” next to them.  An internal memo was also uncovered saying that any doctor who questioned the safety of Vioxx would have to be dealt with.  The email had these chilling words “we may need to seek them out and destroy them where they live…”   These are the bully tactics that force so many doctors to keep quiet and toe the line, when they see evidence to support an unsafe drug or vaccine.

Good doctors are being hunted

US children have 72 doses of vaccines given to them by the age of 18, and this is likely to go up year on year. Those airing their views about the safety of some of these vaccines, have been ridiculed, vilified, hunted down and struck off the medical register.  These medical professionals are not anti-science, they are not anti-vaccines, they just want research done to prove one way or the other the safety and efficacy of each vaccine that is produced.  Not to be awkward or contrary but to safeguard the health of our children, now and in the future.  These are the medical professionals who put the safety of children first, unlike the pharmaceuticals and government agencies.

I can show you the evidence

I can show you evidence that over 400 peer-reviewed scientific studies and research have been done by independent researchers which put into doubt the safety and efficacy of some vaccines.  These studies have no affiliations to the pharmaceutical industry. 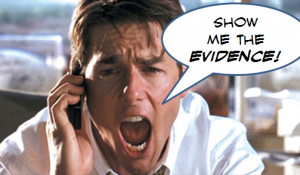 Where is their evidence?

Woe betide you if you buck the trend

In many states of the US, it is the law that you must be vaccinated.  Your child can’t go to school unless they have all their vaccinations up to date.  Parents who do not want their child vaccinated have medics knocking at their door with vaccine kits.  Doctors are likely to strike you off their register if you don’t keep your vaccine schedule up to date. What does that say to you?  Does it say that vaccines must be absolutely safe and effective? Otherwise our government would not make vaccinations compulsory, right?  Well lets look at an example:

A study was done and accepted in January 2017.  The lead researcher, Dr Peter Aaby was involved in a vaccination program 30 years previously, in Guinea-Bissau in Africa.  Because of how the program was set up, around half of the children between 3 – 5 months were not vaccinated with the DTP (Diphtheria-Tetanus-Pertussis). Dr Aaby thought this would be a good opportunity to do a retrospective study to find out how those infants who had the DTP vaccine had faired against those infants of 3 – 5 months who did not have the vaccine.

Conclusion of that study

The results were unexpected and shocking and I give below the conclusions of that study. You can find the full study here:

“DTP was associated with a 5-fold higher mortality than being unvaccinated. No prospective study has shown beneficial survival effects of DTP. Unfortunately, DTP is the most widely used vaccine, and the proportion who receives DTP3 is used globally as an indicator of the performance of national vaccination programs.

It should be of concern that the effect of routine vaccinations on all-cause mortality was not tested in randomized trials. All currently available evidence suggests that DTP vaccine may kill more children from other causes than it saves from diphtheria, tetanus or pertussis. Though a vaccine protects children against the target disease it may simultaneously increase susceptibility to unrelated infections.” 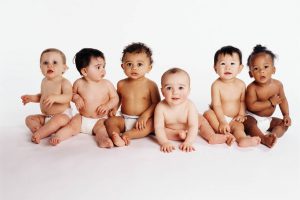 Who’s watching over our children?

Who’s watching over our children as they go through their lives injected with 16 different vaccines in 72 doses. Our children are being surveilled, aren’t they?  What’s happening today with the US vaccination program? Do we have any surveillance programs monitoring any adverse effects from all these vaccinations?  Could what happened in Africa 30 years ago, be happening right now to our kids.  Is there a system in place to make sure that our children are safe from the effects of all the vaccines mandated in the US today?

Can we trust them?

Do you think our authorities are watching the mandatory program to monitor it’s safety?   Is each child put on a database detailing any adverse reactions they’ve had as they go through the mandatory childhood vaccine schedule?  Are you confident that the FDA, the CDC and other agencies are doing all they can to keep our children safe from vaccine damage?  Are you confident in the research being done to prove the efficacy and safety of all these vaccines?

Prof. Wakefield was trying to do his job! 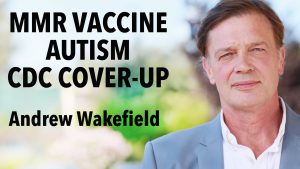 Prof. Wakefield wasn’t confident and look what happened to him.  Remember the Merck email “we may need to seek them out and destroy them where they live…” This is what happened to this talented medical professional.  He was sought out and destroyed where he lived in the UK.  But it has all backfired for big pharma.  Prof. Wakefield is now a household name in the medical industry.  His story has rocked the world of vaccines and many ordinary people are beginning to realise that they have been duped, deceived, hoodwinked, misled and who are suffering?  Our beautiful children, our precious future.

Are any of the 16 vaccines causing a similar effect like the MMR vaccine for example?

Only in 2017 did we find out that for the last 30 years we’ve been poisoning children around the world with a DTP vaccine.  How many other vaccines may be causing a similar effect that we don’t realise?  What about the MMR vaccine?

Safety research should be done by the pharmaceutical industry and then thoroughly checked and verified by our health agencies.  But why should big pharma do any research?  They are immune to being sued because of a law passed by Ronald Reagan in 1986. This gives big pharma protection against legal action once their vaccines reach the childhood vaccination schedule.  Who judges which vaccines should be put on this schedule? That question will be answered later and it is unbelievable! 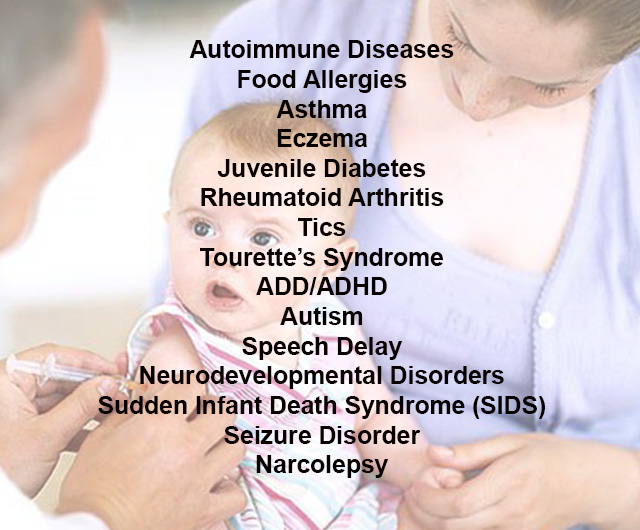 What you’re not told

This image shows some of the side effects put into vaccine inserts which you never see.  Have you ever been given one of the vaccine inserts when your child is having their vaccinations? One of the conditions that stand out, which the industry and its followers says is not caused by vaccines, is autism!  Why is this even mentioned, when it is perported not to be a problem?

If you knew, what would you do?

Why are these possible side effects, admitted by the pharmaceutical industry, not relayed to you before your child is vaccinated.  If this list was shown to you, would you question the risk of vaccinating your child?  What if it is your child that comes down with one of these distressing illnesses?  A side effect that could maim your infant.  A side effect that you will have to fight tooth and nail to get compensation for and if you lose the case, apart from the stress, you will be footing the bill for your child’s care for all their life.  A side effect that in no way shape or form would be a fault of yours or your innocent child.

In Part 2 of this article, we will look further into the corruption and fraud that has taken place in the name of drugs and vaccines. 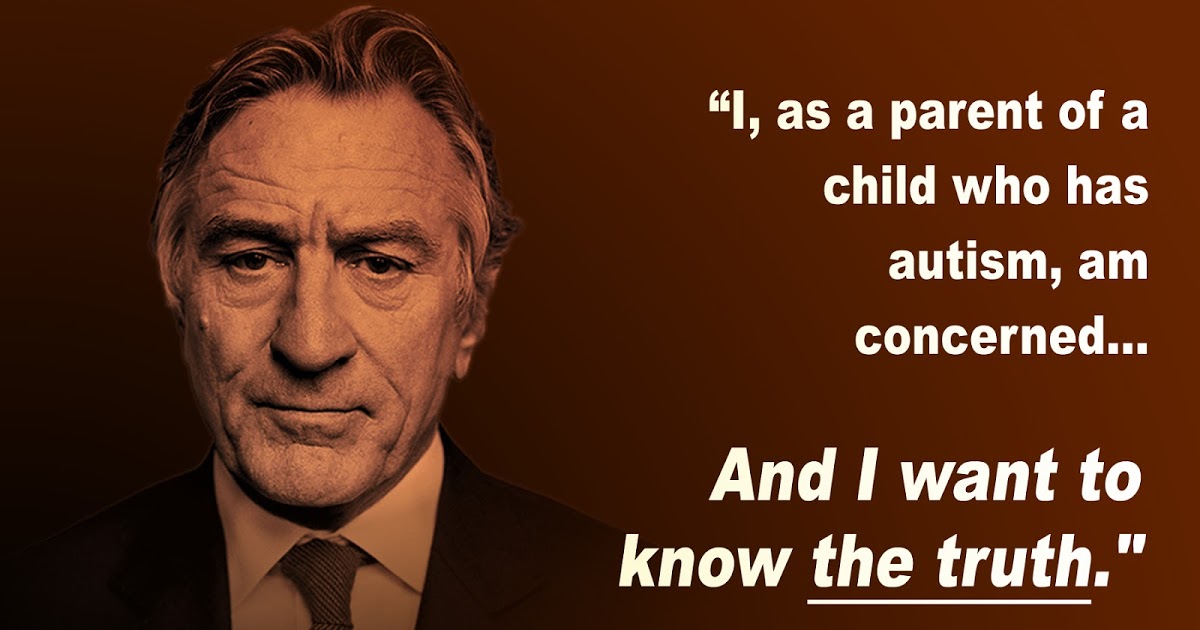 Article Name
CDC - The Vaccine Fraud
Description
How many of you have been told by your government, your doctor, the FDA, the CDC, that vaccines are safe and effective? They are lying to you!
Author
Ches Power
Publisher Name
https://magnesiumandhealth.com
Publisher Logo

27 thoughts on “CDC – The Vaccine Fraud”