Not all research is equal

Prostate problems?  I do a lot of research before writing my articles and there’s one thing I really have to watch out for.  Modern research is very suspect. You have to be really careful that the studies you are citing do not have a conflict of interest associated with them.  Making sure the research is from a bona fide research establishment which has not been ‘hired’ by a pharma company is imperative.  It is claimed that 50% of research and studies now are bogus or manipulated.  This will always be to favour the drug or procedure in question.  Often big 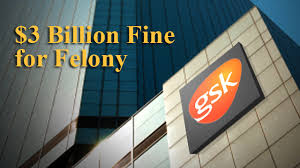 pharma put their research out to study groups, doctors and researchers. They are paid enormous amounts of money to produce results that favour the drug or procedure.  This will often be to the detriment of the end user, YOU!

Old research on the prostate

Research that was done in the last century, is much more reliable. This was before the big pharmaceuticals took over. Most of the researchers were doctors or other medical practioners who were principled and honourable.  Just because a study is old, doesn’t mean the results are not worthy.  If a study proves a point or comes up with a definitive conclusion, then that study is as dependable as any study done today, if not more so.  Unfortunately, many older studies are passed by or ignored, just because of their age.  This is sad, because there are some real gems out there. One of them is to do with the prostate. 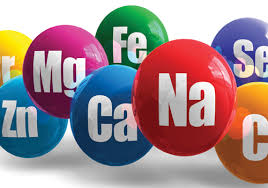 A Dr Joseph Favier wrote a book in the 1960s. It was about mineral balances and health and it dealt specifically with the mineral magnesium.  The book explained about the importance of magnesium (Mg) as a medication and how necessary it was for the health of the body.  There is a specific chapter about Mg’s effect on the prostate.  The book is out of print unfortunately and I haven’t been able to obtain a copy as yet.

Mg Chloride and the prostate

Dr Favier credits a Dr Stora for being the first to discover Mg chloride as a treatment for urinary problems of the prostate. Back in 1930, he informed the Medical Academy of France of what he had discovered.  A few days after, the famous Dr Pierre Delbet submitted a similar report.  His studies showed the same results with magnesium chloride.

All physicians were on Mg Chloride!

When Dr Favier and Dr Stora discussed the treatment, Dr Favier decided to consult with some of his physician friends.  Much to his surprise he found they were all taking magnesium chloride!  Of the five he spoke with, four of them had problems urinating, particularly at night.  After taking the magnesium, they all found their nighttime difficulties abated or disappeared.

Another doctor, Dr Chevassu, had some data regarding 12 prostatic patients who he treated with magnesium.  Out of the 12, 10 were cured.  Of the other two, one went missing and his results were not known. The other patient was not cured but his condition had improved with just his nightly urination problem remaining.  What was a bonus is that these patients had an improvement in their general wellbeing.  There was something about the magnesium that was making them feel better in themselves.

One of Dr Chevassu’s patients was a 77 year old man who could not pass urine at all.  He had to be cathetered regularly every day.  Although he regained the ability to urinate, he was going 5 times a night with the bladder never fully emptying.  Magnesium treatment was started on December 14th and went on until the 21st February 1930.  The frequency of urinations went from 5 times a night to 3 times with a low residue of 20 grams.  The patient was well pleased.  Thinking himself cured, he stopped the medication.  Three days later, the frequency increased and the residue went up to 126 grams.  Of course, the treatment was resumed. By the 21st March the patient’s frequency had reduced to 2 to 3 urinations per night.

Another of Dr Chevassu’s patients who had complete retention of urine was to have an operation to remove his prostate.  Dr Chevassu thought the operation too dangerous and started magnesium chloride tablets.  The patient started to urinate and left the hospital without having the operation.  He carried on taking the magnesium chloride after leaving hospital.  From then on he had no difficulty or pain when urinating.  He was so grateful to the doctor that he made a point of visiting him regularly as a friend.

On Mg, nobody suffered prostate problems.

In his book, Dr Favier remarks that among all the men who had been taking magnesium chloride for years none of them, to his knowledge, had ever suffered any further symptoms of prostate problems. 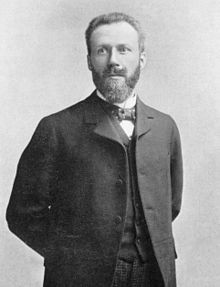 Dr Pierre Delbet who has done much research and cured many of various magnesium deficiency diseases, not least poliomyelitis, remarks about his ideas of growing older. He explains that the organs of the body do not deteriorate or age at the same rate.  He says the muscular system ages the quickest and the nervous system the slowest.

As we age Mg declines and Ca increases

He suggests that magnesium diminishes slowly with advancing age. It has been shown that the bones of old rabbits have less magnesium in them than young ones.  At the same time as magnesium declines, calcium increases.  He added that excess calcium and reduced magnesium are characteristic of the senile testicle.  He also confirms that this is the same in the brain too.  So, as we age magnesium diminishes while calcium rises.

So we know that magnesium becomes less abundant as we grow older and at the same time calcium increases. Would it not be common sense to increase our Mg and decrease our Ca intake.  It is now common knowledge that Ca and Mg should be in our bodies in equal measures.  Keeping this equilibrium of these two vital minerals is surely the way forward. 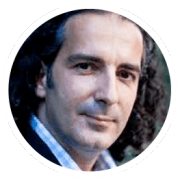 He explains that difficulty in urinating will lead a doctor to concentrate on the prostate.  An enlarged prostate can cause problems with urinating because of the squeezing effect it has on the urethra.

He also states that not all symptoms will exhibit BPH (benign prostatic enlargement) and not all BPH symptoms mean prostate problems.  He has found that some men have urinary symptoms that don’t stem from the prostate.  This condition he thinks, could easily be overlooked.

It would appear that some men, like women, can get bladder dysfunction which leads to many similar symptoms to BPH.  As women don’t have prostates, their symptoms will lead mostly straight to a bladder problem or urinary tract condition.  Because men have a prostate and the symptoms are similar, doctors often forget about a bladder condition and may misdiagnose a prostrate problem.  An overactive bladder could be what many men are suffering from, not prostate problems. 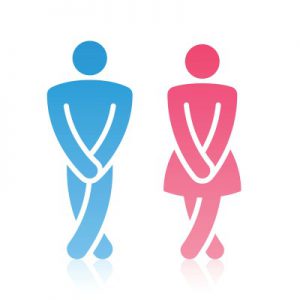 Womens urinary tract problems are mostly put down to childbirth damage, mens are put down to prostate problems.  Perhaps doctors should take a more careful look at possible bladder problems in men and not assume the prostate is the cause.

It is important to make a correct diagnosis.  It is extremely stressful for a patient to have to deal with a prostate problem.  Supplementation of a simple mineral could alleviate a lot of anxiety, apart from benefitting the general health of the patient.

Another problem is when a patient is ‘assumed’ to have a prostate problem. Various types of drugs will be prescribed which could be an unnecessary extra toxic burden on the body.  Some of these drugs have serious side effects like impotence, ejaculation disorders, decreased sexual drive and enlargement or tenderness of the breast area.  Other more serious side effects include an increased risk of prostate cancer.

If you have been diagnosed with prostate cancer, it is a good idea to get a second or even third opinion.  Pathologists have a hard time sometimes distinguishing cellular level behaviour of tissue and your doctor can only go by the pathologists determination.  As the linked article shows, most doctors will be happy for you to send your biopsies to another recognised facility, such as John Hopkins of Baltimore.

Dr Briffa confirms that an overactive bladder is often related to a Mg deficiency.  To have normal muscular function it is absolutely vital to have adequate Mg.  If not the body will be prone to muscle spasms and don’t forget your heart is a muscle!  When you think of all the areas in the body that have muscles, including the bladder, it is understandable why a Mg deficiency will cause so much havoc to a depleted body.

Dr Briffa will look out for signs in his patients such as cramping, restless leg syndrome, tight muscles and recommend at least 400mg of elemental Mg per day.  If you do have symptoms of urgency and having to get up in the night numerous times, why don’t you try a good Mg supplement first, before making your way to the doctor’s surgery.  It will definitely do you good even if you don’t have prostate problems.

Nearly all of us are deficient in this mineral and making the deficiency worse is consuming too much Ca.  This will only exacerbate any problems of tightness you have, whether it be headaches, heart arrhythmias, digestive problems, twitching around the face and eyes, restless legs, insomnia, asthma to name a few.   If you have any heart

problems, Mg is a must.  Without enough Mg, Ca will start to calcify in various places in the soft tissues, not least the coronary arteries, the brain and let’s not forget the testicles!

Article Name
Prostate!
Description
I respect old studies, usually done by honourable and principled doctors and researchers. As for modern research, be wary. It is estimated up to 50% is fake or manipulated!
Author
Ches Power
Publisher Name
http://magnesiumandhealth
Publisher Logo

24 thoughts on “Prostate? You may want a second opinion!”