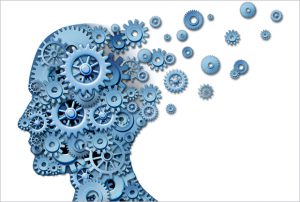 More than 10% of the population over 65 years and 50% over the age of 85 years suffer from Alzheimer’s, but is it Alzheimer’s?  It has been estimated that nearly half of people are mis-diagnosed with Alzheimer’s,  this information being gained at autopsy.

It could be something else!

Those assumed to have the disease may actually have other forms of dementias caused by simple treatable conditions like dehydration, intoxication from prescription drugs, food allergies, nutrient deficiencies and depression.

Mercury and aluminium excess in the brain is associated strongly with Alzheimers. Magnesium (Mg) will help detoxify the effects of heavy metals, even ones as poisonous as mercury.

If Mg is deficient in the brain, aluminium is able to replace it, mimicking its function and causing harm. This leaves calcium channels open in the brain nerve cells, allowing it to flood in causing cell death.

Mg can help, whatever it is!

From my personal experience, my late Mum was thought to have some type of dementia. After losing Dad, she went downhill fast and started exhibiting all kinds of worrying traits. She was always very astute, intelligent and sharp.  She would finish the Daily Telegraph in no time and was quick with mental arithmetic and puzzles.

Mum was a member of Mensa being one of only 3% who had the highest IQs.  But now her forgetfulness, confusion and strange behaviour worried the whole family and we came to the conclusion Mum was suffering from some kind of dementia or even Alzheimer’s disease.  What we didn’t realise was that she had stopped taking her medication of thyroxin whilst Dad was ill. She was so determined to do the best for him that all her own welfare went out the window and thinking back we realised that she had started having memory problems before Dad actually died.

Stopping thyroid medication can be harmful

If you are on thyroid medication, it is one of those meds. you have to keep taking. If you stop, you are likely to feel OK for a while, then slowly start getting tired and wanting to sleep all the time, losing mental facalties and eventually you could fall into a coma. Once on this drug, you are probably on it for life.  You may be able to reduce the dose but you must consult your medical practitioner before changing thyroid medication.

I’ve put this little story in about Mum because there must be many worried relatives who are stressing over a loved one showing signs of dementia, which could instead be what’s known as ‘Pseudodementia’ or even just dehydration and nutrient deficiency. 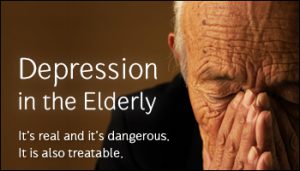 Pseudodementia is where a person gets depressed like my Mum obviously was after losing Dad.  After all, she had been with him for over 70 years!  Her cognitive impairment was mistaken for dementia. Symptoms include, loss of interest in everything, including hobbies and pastimes, suicidal feelings, withdrawal socially, loss or change of appetite and sleep disorders.  Also there will be a difficulty making decisions and thinking clearly, confusion and trouble concentrating.

If only I’d known!

This condition is not permanent if treated for the depression that it is and Mum brightened up when she was lightly medicated for the condition. I do regret, though, not knowing about the benefits of Mg at the time.  This would have helped her greatly if we had supplemented her diet.

She always complained of aching legs and back ache, typical Mg deficiency symptoms. She often had head-aches and was always lacking in energy, typical again.  The anti-depressant she was prescribed helped her become a happier person but still she suffered with these aches and pains which could have been alleviated with Mg making her later years more comfortable and enjoyable.  Mg deficiency often causes depression, another symptom. 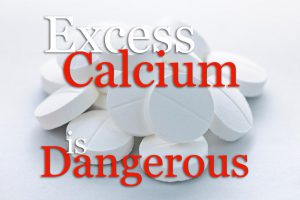 In the end, she fell and broke her hip; the beginning of the end.  Mum died in hospital 2 weeks later.  Many older people fall and it is little known that a Mg deficiency can cause dizziness and vertigo apart from muscle loss and weakness and most importantly cardiovascular problems and brittle bones.  These problems are often brought about by elderly people having an EXCESS of Ca in their body and too little Mg.

Mg is the king of minerals, be depleted of this vital mineral at your peril!  Mum’s favourite foods were yoghurt, cheese, milk and boxed food.  It was all easy to eat and despite being a great cook, she had lost her interest in cooking.  The foods she ate were high in Ca but low in Mg.  This, I am sure contributed to her many problems and made her later life, especially after Dad died, uncomfortable and miserable.

We should be advised!

We are continually advise to up our Ca intake but this can be bad advice. Many medics know next to nothing about the importance of Mg and its relationship with Ca and they should be checking for Mg deficiency symptoms first.

Even if your doctor does check for Mg levels, it will nearly always be the obsolete serum Mg test which is completely useless and invariably gives out false positives.   Because our medical fraternities are stuck in the past and won’t use the more accurate rbc test or even better, the ionized magnesium test, our medics do not get an accurate Mg reading.  Consequently most of them think that a Mg deficiency is rare, how wrong they are!

As there is decent test available, the next best thing is to check your symptoms which can be many.  The most common are muscle spasms, twitches especially around the eyes and on the face, headaches, depression, anxiety, sleep disorders, constipation or digestive problems, dizziness, neck pain and cramps, restless leg syndrome, arrhythmias, high blood pressure… the list is endless. 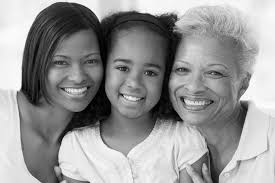 As we age our Mg will decline unless addressed and our Ca will increase.  This is fundamental and the elderly, in fact all of us, should be advised to equalize our Ca and Mg intake.  Ca without Mg causes untold damage and this simple mineral imbalance can actually be the underlying cause of so many life threatening diseases and inevitably a shortened lifespan.  My Dad lived until he was 91.  You may think that is a long life but Dad’s father lived to 99 and his Grandfather was 100 and did not succumb to disease but was run over by a tram!  Dad also had a miserable existance the last few years of his life.  Again, a Mg deficiency was obvious when looking back on his illnesses.  Ca : Mg ratio should be 1 : 1.

If you have an elderly parent showing symptoms of dementia, please consider helping them with a supplementation of Mg.  Using Mg Chloride solution is IMHO the most efficient way of getting Mg into the body because it is immediately bio-available.  Mg Chloride can be taken orally or applied topically.  If your loved one would prefer, a foot bath with Mg Chloride can be suggested (1 cup of Mg Chloride flakes to approx 5 litres of water, enough to cover the feet and soak for 20 minutes).  This should be done as often as possible, once a day would be great but at least 3 times a week would help.

By far the most convenient method of supplementation is taking Mg Chloride solution orally.  Start by taking ½ teaspoon of Mg Chloride such as ReMag in the US or Ionic Magnesium in the UK, in a glass of 250ml (1 cup) of water and sip it throughout the day. Add a dash of cordial; blackcurrant, lime or strawberry works well but don’t use ‘light’ cordials, no aspartame please!  Up the dose slowly.  I take 4 doses (2 teaspoons), putting all the doses into a 1 litre jug and taking some regularly throughout the day.  The first positive will be a better night’s sleep.  Mg deficiency often comes with insomnia, yet another symptom.

If you want to make up your own Mg Chloride you can read how to do it in this article, What Is Magnesium Chloride 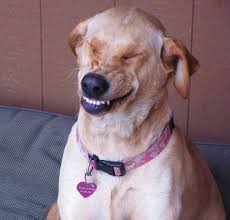 Why the cordial?  Mg Chloride has a salty bitter taste and cordial takes it away nicely.  I myself don’t mind the taste but it depends on your palate.  The older generation are often more stalwart than the youngsters and will not baulk at the taste.  Also, taste buds are less sentitive as we age which is a bonus if you have to take something that isn’t the best tasting.

Some eminent doctors recognise the importance of this element, but the majority of the medical profession ignore its existance, will never recommend supplementing with it and would prefer to prescribe a drug instead of using it to treat the above serious and sometimes life threatening conditions.  What’s more, the majority of medical professionals do not recommend this nutrient to their patients, despite its proven protective capabilities, to avoid the onset of dangerous diseases in later life.

This is a silver bullet that is being ignored by many, but thankfully not by all of the medical community.  Some of our medical doctors who are or have been practicing allopathic medicine have turned to naturopathic treatments.  They advocate treating with natural vitamins and minerals in preference to pharmaceutical drugs if they know that the natural treatment is more remedial.  They use drugs as a last resort and not in preference to a natural solution.

What doctors are saying:

“It is shocking, frankly, how little people know, how little doctors know, about this vital mineral (magnesium)” – Dr Jay S. Cohen author of “The Magnesium Solution for High Blood Pressure”.

“Magnesium has solved more ‘incurable’ and ‘mysterious symptoms’ than any other mineral I have observed in 31 years.” -Dr Sherry Rogers, MD, author of “Depression: Cured at Last”

Article Name
Alzheimer's Disease vs Dementia
Description
More than 10% of the population over 65 years and 50% over the age of 85 years suffer from Alzheimer’s, but is it Alzheimer's?
Author
Ches Power
Publisher Name
https://magnesiumandhealth.com
Publisher Logo

10 thoughts on “Alzheimer’s Disease vs Dementia”