My late husband Brian was first diagnosed with Atrial Fibrillation (AF) in 1990. He was regularly getting what we called palpitations where his heart rate would soar up to 200 bpm.  The rate would also be unsteady and irregular and often last for hours.  The video below depicts what happens with this type of arrythmia.  The top heartbeat is a normal rhythm, the bottom heartbeat shows atrial fibrillation.

Irregular electrical signals disrupt the normal conduction between the SA (Sinoatrial) and AV (Atrioventricular) nodes and cause the atria to quiver.  This prevents them from effectively moving blood into the ventricles.  It can lead to stroke or other heart related complications. Courtesy AHA/ASA END_OF_DOCUMENT_TOKEN_TO_BE_REPLACED

There are different ways of taking Magnesium (Mg) supplements. It would be preferable to

gain all the Mg we need from our food but with modern agriculture, this is not easy.  With the incidence of pushing Calcium (Ca) and Ca fortification in many foods, it is very difficult to get a good balance of Ca and Mg in our diet. Ca is much more

prevalent to the extent that it can be detrimental to our health. If too much is in our bodies without a balanced amount of Mg, Ca can migrate to parts of our body where it doesn’t belong, causing all kinds of problems.  That being the case, Mg must be kept to a level where Ca can be controlled and ATP (Adenosine Triphosphate) conversion, the

‘energy currency’ inside our mitochondria which keep us moving, can be produced efficiently. Out of all the problems that can be caused from a deficiency of Mg, the Ca:Mg balance must be the most important. It is this balance within our cardiovascular system and blood vessels that keeps a healthy heart and clear arteries. Ca can be a loose cannon if Mg is not around to keep it under control. END_OF_DOCUMENT_TOKEN_TO_BE_REPLACED

Carrying on from Part 1 on ‘how to keep your heart healthy’ we will go through the whole process of how cardiovascular disease can happen to a seemingly healthy person. 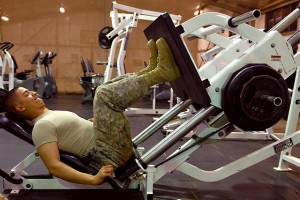 Stress is the start

We know that stress is the biggest depleter of magnesium.  All kinds of stress, be it physical, mental, heat, cold, bereavement, divorce, disease, toothache, workouts, marathons, kids, work, money.  You name it, we get stressed from it.  It cannot be avoided and we have to live with it.  We go from day to day, not realising the kind of stress we are under.  We don’t even know we’re stressed because it’s part of everyday life. END_OF_DOCUMENT_TOKEN_TO_BE_REPLACED

There is a plethera of much overlooked and ignored evidence about how and why we get cardiovascular diseases.  How to keep your heart healthy is a post giving details of this evidence and how you can apply it and keep your heart in good fettle throughout the whole of your life.  But first some facts:

According to the World Health Organisation (WHO), cardiovascular diseases killed 17.5 million people in 2012, that’s 3 of every 10 deaths.  Of these, 7.4 million people died of ischaemic heart disease and 6.7 million from stroke.

Ischaemic heart disease, stroke, lower respiratory infections and chronic obstructive lung disease have remained the top major killers during the past decade.  What’s worse is that since the year 2000, deaths have risen, not fallen.  Cardiovascular diseases alone killed 2.6 million more people in 2012 than in the year 2000.  So much for the super drugs that are supposed to keep the epidemic of cardiovascular disease under control. END_OF_DOCUMENT_TOKEN_TO_BE_REPLACED